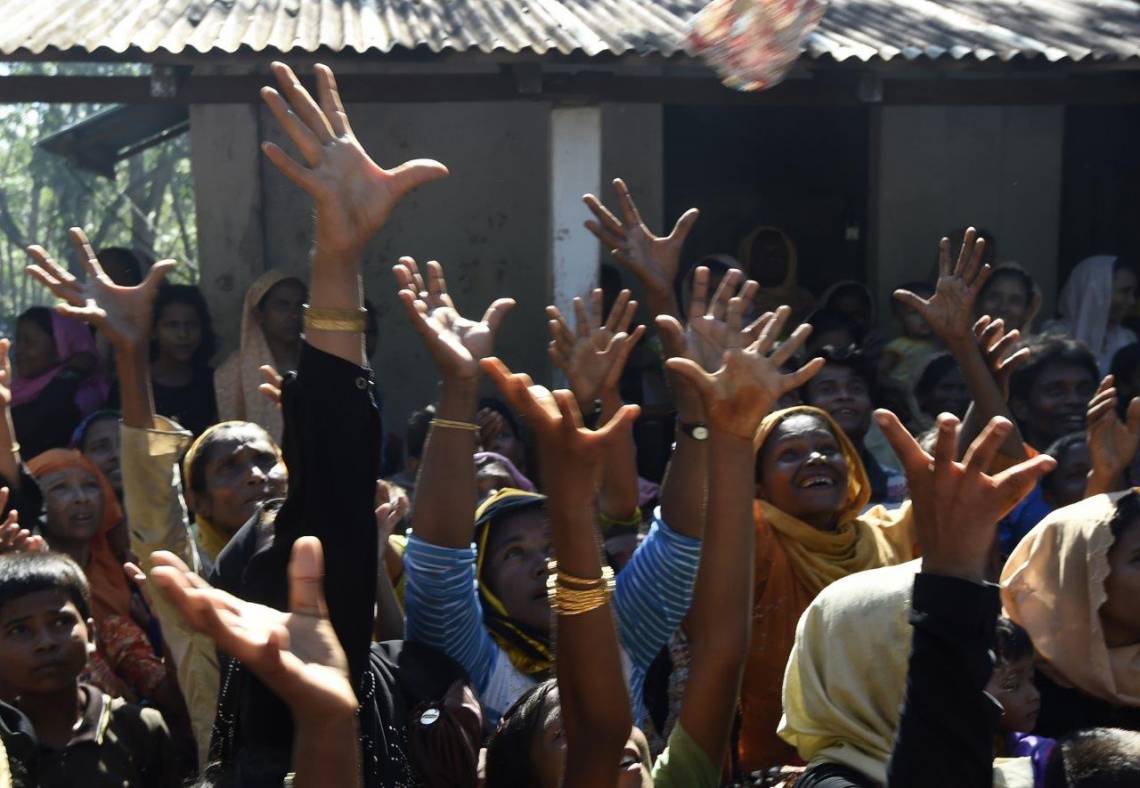 ©AFP / Dominique Faget Rohingya refugees from Myanmar, in a camp in Bangladesh on September 15, 2017.

Against the backdrop of renewed violence in Rakhine State and the challenges journalists face in covering the situation, Sonny Swe, Executive Director and co-founder of the weekly Frontier Myanmar, discusses the relationship between media and the government in Myanmar today.

At the end of half a century of military dictatorship and two years after the return to democracy in Myanmar, to what extent the press can be considered free?
Sonny Swe: The press has a significant degree of freedom. Five years ago, the U Thein Sein government lifted pre-publication censorship and since then we have been able to make our own editorial decisions about what to publish. Obviously, different publications have their own levels of freedom on different issues, but importantly that is set internally rather than by the government. Those like Frontier who want to undertake independent, unbiased reporting on important issues now have the opportunity to do so.
That said, there are still a number of threats to media freedom. Many old laws - and even some new ones - still pose major challenges for journalists and for any journalists that pursues sensitive topics there is always the possibility they may end up in prison. The biggest threat is the 2013 Telecommunications Law, specifically section 66(d) which can result in a three-year prison sentence for anyone found guilty of defamation. The government is in the process of amending this law but the changes are cosmetic and journalists will still be at risk.
More broadly, there is less freedom in the broadcast media sector than print and online. The government still closely controls licences and many broadcasters are reluctant to tackle topics that are perceived as sensitive.

In your investigative work, do you encounter resistance from the government, parliament or other powers? If so, how do you respond?
One of the major challenges in Myanmar is access to information. Government officials are still reluctant to provide information and interviews to journalists - in many cases, we have to wait weeks for responses, if we get them at all. This creates difficult decisions for our editorial team - for example, whether to hold a piece in the hope of getting clarification from the government, or proceeding without official comment. But this does not just apply to civil servants. Many members of the National League for Democracy government - including Aung San Suu Kyi - rarely, if ever, speak to the media. Just yesterday she told the public that they should read state media to find out the real information from the government. Of course, the state media is still printing propaganda for the government. The NLD also restricts access to parliament and in many cases does not allow its MPs to speak to the media.
We really hoped for a stronger commitment from the NLD to media freedom and the development of independent media, but so far it hasn't happened.

In your opinion, what can be the contribution of an independent media like Frontier to the democratic transition in Myanmar?
Because the NLD controls both the government and parliament, there is a lack of scrutiny on its activities. The media and civil society are really the only check on both of these institutions. The NLD is also unwilling to do anything that might harm its relations with the military, so civil society and the media are also important for watching the activities of this powerful institution as much as they can.
Independent media is important for providing a balanced perspective on issues of national importance and helping people to understand what is happening in our country and the world. If they just read or listen to state media, they will only get one very limited perspective.
At the same time, it can be a means for the government and other institutions to understand how different stakeholders feel about a particular topic.

In 2017, Fondation Hirondelle began a program with its partner Frontier Myanmar on human rights, funded by the Dutch Embassy. A weekly audio podcast will be produced and broadcast from October 2017, in partnership with a network of ethnic media, starting in Magwe Region and Rakhine State. Rakhine State is especially important today given the current flare up of violence and human rights abuses impacting the Rohingya ethnic minority there.