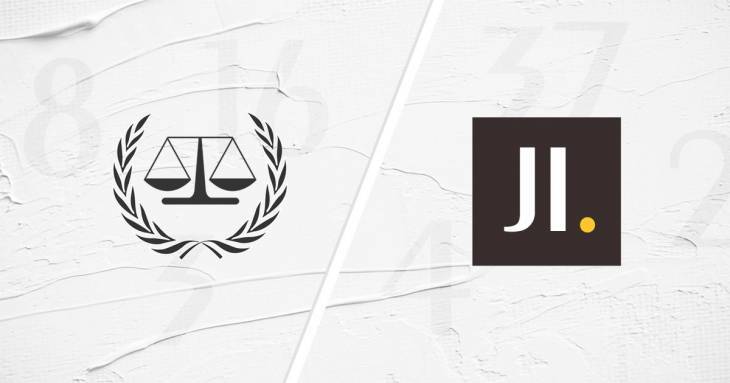 Facts and figures of the ICC examined by Justice Info

When you surf the website of the International Criminal Court (ICC) for “Facts and Figures”, are you properly informed? Not really. JusticeInfo.net, our online media covering news on justice related to mass violence, checked the court’s basic information as presented on https://www.icc-cpi.int/about. JusticeInfo.net found that the ICC hardly gets its numbers right. And some of them are clearly misleading.

The International Criminal Court (ICC) has the duty to inform the public about its cases. However, when people who are not dealing with the court on a daily basis surf to “Facts and Figures” on the website to get some basic information, they don’t find the data they are looking for or are even misguided.

The first one is that the ICC doesn’t always update its facts on its website. The second one is that the court conflates figures, lumping together international crimes cases and cases against individuals accused of bribing witnesses. These are clearly two different categories of crimes that should be presented separately, as the International Criminal Tribunal for the former Yugoslavia or the Special Court for Sierra Leone did on their websites. Obviously this combining of categories allows the ICC to cover up some of its poor results. But it amounts to a false representation of facts. When the public checks the “Facts and Figures” they may wrongly think that these numbers reflect the court’s record with respect to international crimes.

Here below we present our findings. The discrepancies between what the ICC shows and what JusticeInfo has gathered are significant. They indicate that the current “Facts and Figures” on the ICC website lack transparency, create confusion and misguide the public.

1 - Suspects
The ICC’s core business is to prosecute suspects of international crimes: genocide, crimes against humanity and war crimes. How many individuals have been charged so far?

The ICC website doesn’t give the total number of suspects. It says: “There have thus far been 27 cases before the Court, with some cases having more than one suspect.”
JusticeInfo counts 37 suspects of international crimes. The list with their names can be found at the end of this article.

2 - Convictions
How many accused have been convicted?

This is perhaps the most misleading figure. The Court wrongly conflates international crimes cases (art. 5 of the Rome Statute) and cases against suspects accused of bribing witnesses (offenses against the administration of justice, art. 70 of the Rome Statute).
Our data: Lubanga, Katanga and Al-Mahdi are the only three convictions for international crimes.

3 - Closed cases
How many cases were closed because charges were not confirmed, withdrawn or vacated because evidence was lacking?

4 - Acquittals
How many trials ended in an acquittal?

It is unclear why the ICC talks about three acquittals, while the trials against four accused - Ngudjolo, Bemba, Gbagbo, Blé Goudé - ended in an acquittal.

5 - ongoing trials
How many accused are currently on trial?

Our data: Ntaganda and Ongwen are the two accused currently on trial.

6 - Detentions
How many suspects are detained awaiting further proceedings?

Our data: The three suspects are Al Hassan, Yekatom and Ngaïssona.

7 - Summonses
How many detained suspects have appeared before the court?

The discrepancy in numbers is possibly explained by a combination of including bribery cases and lack of updating by the court. Besides, we wonder whether this is crucial information. It might also create confusion as several accused complied with summons to appear before the judges and were never detained.
Our data: Ongwen, Lubanga, Katanga, Ngudjolo, Ntaganda, Mbarushimana, Bemba, Gbagbo, Blé Goudé, Al Mahdi, Al Hassan, Yekatom and Ngaïssona have been detained and presented before the judges.

8 - Suspects at large
How many ICC suspects of international crimes are at large?

The difference is explained by the fact that the ICC conflates the numbers of the 12 suspects wanted for international crimes and the 3 suspects wanted for witness interference.
Our data: Kony, Otti, Mudacumura, Simone Gbagbo, Al Bashir, Harun, Ali Kushayb, Hussein, Banda, Saif Al-Islam Gaddafi, Al-Tuhamy Mohamed Khaled and Al-Werfalli are suspects of international crimes at large.

9 - Dead suspects
How many suspects wanted by the ICC for international crimes died?

10 - Contempt
How many individuals have been charged with offenses against the administration of justice (contempt cases) because of witness interference?

We can’t explain the discrepancy in numbers for arrest warrants, assuming the court refers to international crimes cases only. It is also subject to confusion as in some cases two arrest warrants were issued against the same suspect. We eventually doubt whether this is crucial information for the public.

Written by Tjitske Lingsma, our correspondent in Amsterdam, to be read on the website: https://www.justiceinfo.net/en/tribunals/icc/41532-welcome-to-the-icc-facts-and-figures.html