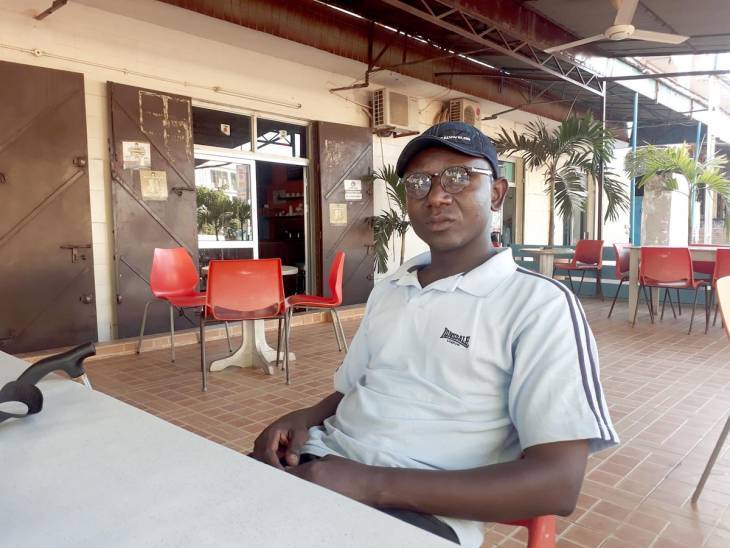 ©Mustapha K. Darboe « The people who shot at us are still in the system, » says Abdou Karim Jammeh, one of the students seriously injured during the repression of the April 2000 demonstration.

Before the Truth, Reconciliation and Reparations Commission in The Gambia took a break to go and meet the diaspora, it started to hear testimonies on the repression of a student protest that led to the death of at least fourteen students in 2000. Victims expressed their frustration and sense of abandonment.

Sira Barry lied on her bedside in a modest two-bedroom house in Brikama, about an hour drive from Banjul, Gambia’s capital city. At her parlor to the left was a bed and a chair to welcome guests. She was lying on a mat. She was sick and could not talk to journalists. Sira, fondly called Suba, is the only surviving direct member of the family of Ebrima Barry, a student allegedly beaten to death by members of the Gambia Fire and Rescue Services in 2000. Barry’s death prompted a demonstration that cost their lives to at least 14 students.

“In our family, we have not seen any investigation report, we have not heard of any arrest in connection to our brother’s death. And we have not had any compensation from the state,” said Alagie Barry, a brother of Ebrima of a different mother, declining to make any further comment. He said their family delegated to Alagie’s brother Mbemba Barry, a police officer, to speak on their behalf. Alagie and Ebrima shared the same father Alieu Barry, who had four wives. Alieu died in 2006, without seeing justice for his son. Ebrima’s mother, Boto Sanneh, died in 2002. Ebrima’s four other siblings from Alieu and Boto followed him to the grave without any promise of justice being fulfilled. “They all died after the death of Ebrima,” said Alagie.