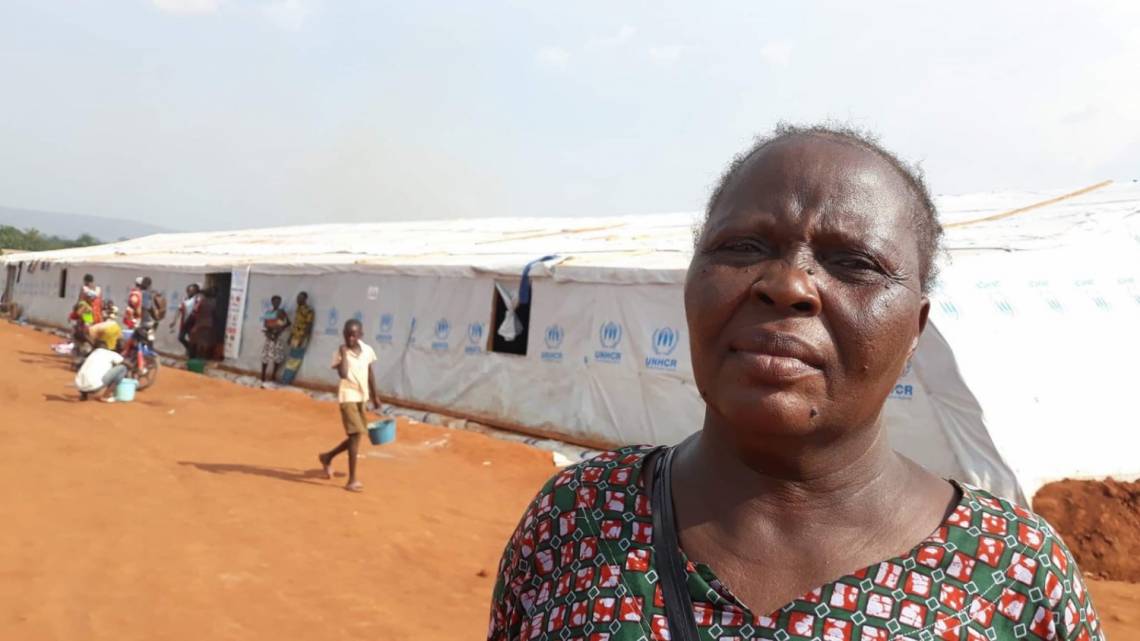 ©Radio Ndeke Luka Marie Kagbi, a 47-year-old widow with 5 children, was forced to leave her neighbourhood in Bangui after the flood. She testifies about the special programmes produced by Radio Ndeke Luka.

The end of October 2019 was marked by severe flooding in the Central African Republic, affecting some 87,000 people.  Radio Ndeke Luka, the media created and supported by Fondation Hirondelle, launched a public information campaign in collaboration with the Central African Ministry of Humanitarian Aid and the United Nations.

"What to do if you are a victim of a flood?" This is the title of the 15-day information and awareness campaign broadcast on Radio Ndeke Luka, CAR's most listened to radio station. This operation is an integral part of the emergency humanitarian response. It is carried out in close collaboration with the Ministries of Public Health and Humanitarian Action, the United Nations coordination system and NGOs in the Central African Republic.

Productions include spots in French and Sango, civic education programmes on water, hygiene and sanitation, health magazines on how to prevent health risks, and round tables on monitoring assistance activities in the field. The information provided is essential to help save lives in a context where the government has limited resources to help those affected. Radio Ndeke Luka's broadcasting capacity and reputation make it a tool of choice for reaching affected populations: 63% of the Central African population in the country's main regions listen to Radio Ndeke Luka every day, according to a 2017 survey conducted by the IMMAR Institute.

Marie Kagbi, a 47-year-old widow with 5 children, was forced to leave her neighbourhood in Bangui after the flood and found herself at a displacement site. She has been listening to Radio Ndeke Luka's specials programmes since early November. She explains: "The radio told us that stagnant water contains germs and can make children sick. Before I knew it, I used water to wash my children and prepare their meals, but I stopped when I realized that it could harm their health."

Dieubéni Bissa, 13, had his school destroyed by the floods, and his family was forced to leave their flooded village to take shelter at a displacement site.  Radio Ndeke Luka's information campaign taught him that "drinking floodwater or playing with it can be dangerous to your health". The teenager hopes to be able to return home soon, and to leave the host site where he is styaing now.

On 25 October, the government declared a state of emergency and launched an appeal for external assistance. More than 20,000 people have been displaced within the country, and 8,000 in the capital Bangui. Flooding can potentially increase the transmission of diseases such as typhoid fever, cholera, hepatitis A, and promote malaria epidemics.

To know more about the floods, watch this video produced by Radio Ndeke Luka for social networks :