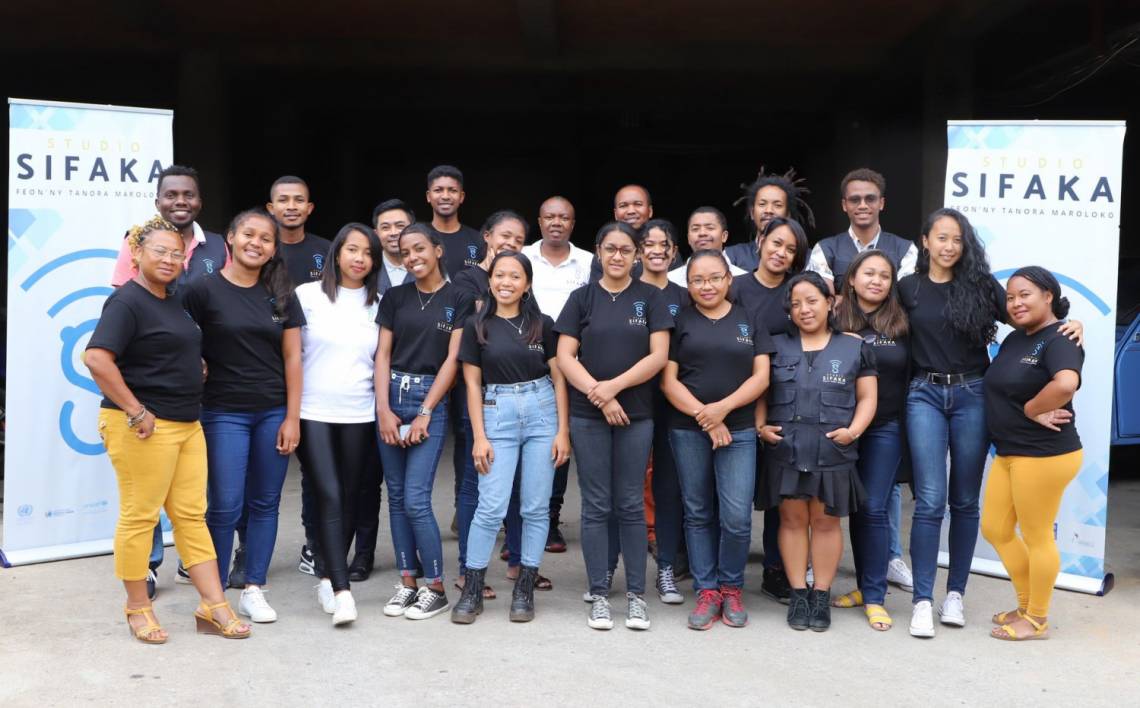 New partnership with Studio Sifaka, the voice of Malagasy youth

With its status as an independent non-governmental organisation, Studio Sifaka continues to inform Malagasy youth hand in hand with Fondation Hirondelle, thanks to a new two-year partnership.

A collaboration that continues. Studio Sifaka was created in 2019 by the United Nations in Madagascar, in partnership with Fondation Hirondelle, which oversaw the training of journalists and the development of the programme. Studio Sifaka’s radio and web content is aimed particularly at the youth and women of Madagascar.

In addition to local and national news, the project's journalists, presenters, engineers and editors, whose average age is less than 30, produce news magazines and programmes offering advice on health, employment, the environment, as well as many other topics of interest to the youth of the country. Dialogue, culture and Malagasy music are also important aspects of the radio programme.

It is a unique daily program in Madagascar, lasting 2 hours and broadcasting on a national network of 28 radio partners throughout the island. Since its inception, Studio Sifaka has become a platform for young people and vulnerable segments of the population who are often excluded from the media landscape to have their say.

Since July 2021, Studio Sifaka has become  a fully independent entity. In order to strengthen its sustainability and independent management, Studio Sifaka has gone from being a project to a legally registered NGO. Fondation Hirondelle continues to support and accompany the Studio Sifaka team, within the framework of a partnership agreement signed between the two organisations.

While support to the editorial team will continue, a major effort over the next two years will also be made in other areas, particularly around media management. During these two years, the focus will be on strengthening the organizational development of Studio Sifaka. The objectives are to strengthen the institutional and managerial capacities, financial management, as well as fundraising and income generation. Throughout the project, Studio Sifaka and Fondation Hirondelle will ensure that these objectives are reached while respecting and strengthening the shared value of neutrality.

This two-year period will be crucial for Madagascar and its population, with an electoral cycle scheduled for 2023. In this context, Studio Sifaka will explore new editorial opportunities and challenges, through the coverage of a major election. And the programme will also continue to provide its listeners with information that will enable them to better participate in public life and democratic processes in the country, thanks to neutral and inclusive information.

National and international partners are providing financial support for the activities implemented by Studio Sifaka and Fondation Hirondelle. These include the European Union, the United Nations Development Programme (UNDP) in Madagascar, and the Swiss Agency for Development and Cooperation.