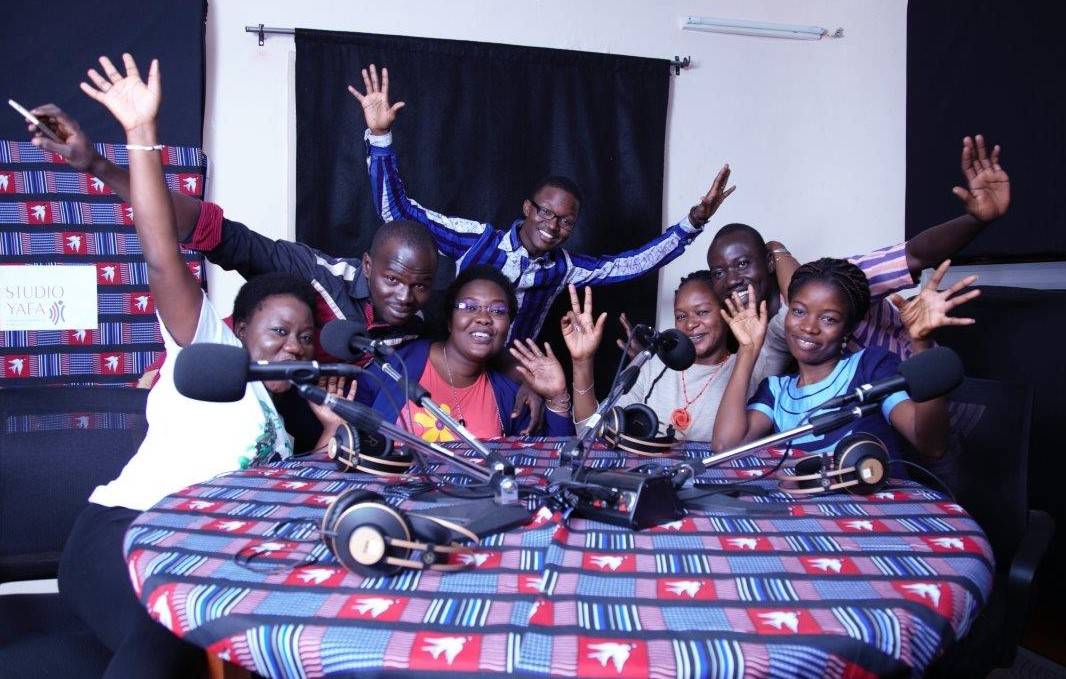 ©Valérie Flore / Fondation Hirondelle Young journalists from Studio Yafa during their training in Ouagadougou in January 2019.

Studio Yafa, our new program for Youth in Burkina Faso

Studio Yafa, Fondation Hirondelle's new programme for Youth in Burkina Faso, was officially inaugurated in Ouagadougou on Friday, March 1. Radio magazines, debates, videos, are now produced by a team of young Burkinabe journalists and translators, and broadcast by a network of partner media across the country.

In a context where young Burkinabè people feel that they are not being heard since the 2014 popular insurrection, and as the country focuses its attention on the rise of insecurity and extremism, it is important to offer young people a space where they can express themselves and be heard by all segments of society.

To meet this need, Studio Yafa produces daily radio magazines of 2'30 in 4 languages (Dioula, French, Mooré and Fulfuldé) as well as multimedia content on Facebook. A weekly dialogue programme "Ya'Débat" allows young people to express their views and discuss issues that concern them with other generations and decision-makers. From April onwards, television productions will deal with social issues and daily life.

These contents are produced by a team of young journalists and professional translators in a studio based in Ouagadougou. They have been recruited, trained and supervised by experts from Fondation Hirondelle, including an experienced Editor-in-Chief, former journalist and editor-in-chief of BBC Africa. A network of correspondents throughout the country, from partner media, will complete this team from May 2019.

This project is being carried out in partnership with 15 radio stations that broadcast Studio Yafa's programmes, 2 television channels, 1 online media and 1 Burkinabe youth organisation. Specific support also aims to contribute to strengthening the Burkinabe media sector and making it more professional through training and technical support. Initiated and implemented by Fondation Hirondelle and its Burkinabe partners, Studio Yafa is financed by the Swedish and Swiss cooperation agencies.