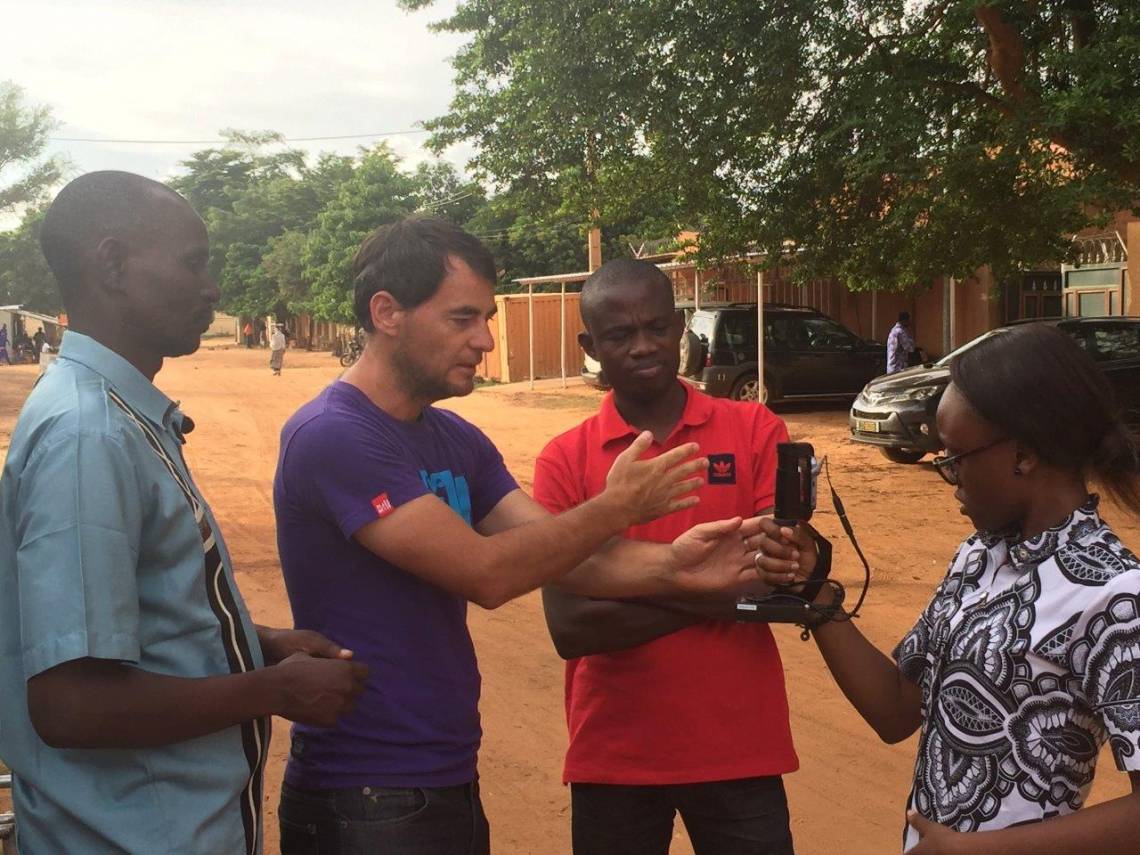 ©Fondation Hirondelle During the training on the journalistic coverage of climate change in Niamey, Niger, from August 13 to 18, 2018.

A training on the journalistic coverage of the factors of climate change and its impact on the environment was organized by Fondation Hirondelle from 13 to 18 August in Niamey, Niger.

The aim was to give journalists from different media managed or supported by Fondation Hirondelle in these countries the keys to understanding the mechanisms at work in climate change, and adaptation solutions to limit the environmental impact. Stakeholders and political issues were presented and discussed in preparation for COP 24 (the International Conference on Climate Change) to be held from 3 to 14 December 2018 in Poland. The objective was also to strengthen the synergies and group dynamics between these journalists, to prepare the coordinated coverage of this event by Fondation Hirondelle's media.

The training, given by Samuel Turpin, journalist and head of multimedia productions at Fondation Hirondelle, has integrated many practical exercises. Reports were made on topics in Niger related to climate issues. The journalists worked on various radio formats, but also video productions, which will be used for their coverage of the COP 24.

Two participants in this training explain:

Gildas Nabeza, a journalist with Radio Ndeke Luka (RCA): "It's an asset for me to have gained more knowledge about climate change and audiovisual production. It was an opportunity to share experience with colleagues from Fondation Hirondelle projects. "

Nathalie Sala, journalist at Studio Hirondelle - DRC: "This week was rich for me in information and discovery. After this training, I know more about the causes, the aggravating factors as well as the consequences of Climate change on people as on biodiversity, but also its impact on various sectors and topics such as the economy, politics, migration, conflicts, etc... Thanks to the different interactions that we had, I was able to get an idea of ​​the situation of CAR, Niger, Mali, Guinea Conakry and my own country in terms of climate change. This training was for me an opportunity to understand the issues, and to find diversified angles for a balanced treatment of information that does not blame but that encourages the public to become aware and to act well to preserve the environment.
We ended up with a video training that I appreciated enormously because it gave an added value to my skills as a radio journalist. Even if we mostly produce audio contents, video is essential today especially for our communication on social networks."