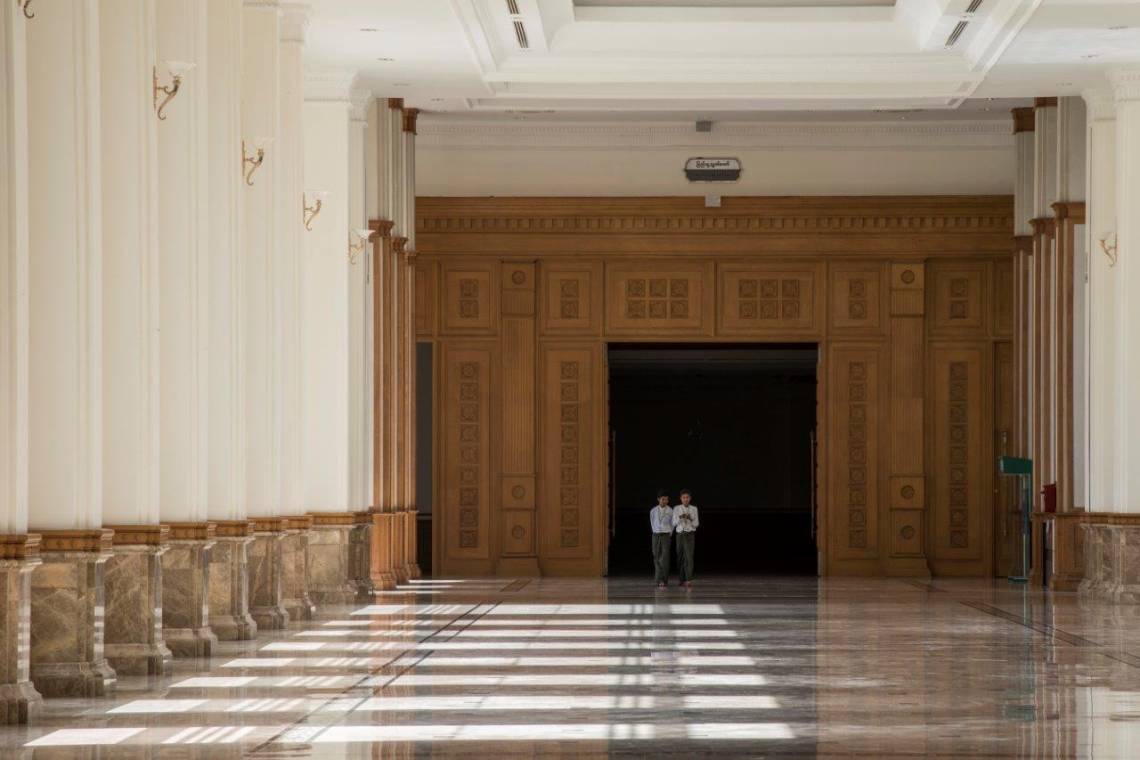 Myanmar : A new partnership to improve coverage of Parliamentary work

On March 1, Fondation Hirondelle launched a new phase of work supporting media coverage of all three houses of the Myanmar legislature (Hluttaw). Innovative activities bringing together parliamentarians and journalists aim to promote transparency and accountability of government, in a country facing the challenges of its democratic transition.

“The media, the 4th pillar, is a bridge between the Hluttaw and the public” according to U T. Khun Myatt, Deputy Speaker of the Lower House of the Myanmar parliament, who chaired the signing ceremony between the two partners. Fondation Hirondelle and the Myanmar Parliament first agreed on a joint program in 2015. Our approach with the Hluttaw is collaborative and practical, with two broad objectives:  to ensure the population of Myanmar has access to accurate information on the work of parliament and that represents divers points of view, and to improve understanding of the roles and responsibilities between the Myanmar Parliament (press office and members of parliament) and journalists.

In order to ensure the population of Myanmar has access to accurate information on the work of parliament, representing diverse points of view, we will:
-    Train journalists from the parliament press office and private and state media on parliamentary journalism;
-    Assist in the production of media programs that are broadcast via the parliament’s online channel and accredited media;
-    Create Media Guidelines for parliament;
-    Strengthen the media management capacities of the parliament and accredited media, including the training of trainers who can be conduct training with counterparts in state and regional parliaments.

The skills development and mentoring for state and regional parliaments were underlined by U Kyaw Soe, Director General of the Pyidaungsu Hluttaw or Union Assembly, as an important contribution the Union Assembly can make to the federal union.

Through the implementation of this project with our partners in the Myanmar parliament, we hope to contribute to a vibrant, democratic society in Myanmar characterized by the free flow of information between citizens and their elected officials. We are currently looking for partners and donors to support this new ambitious program.