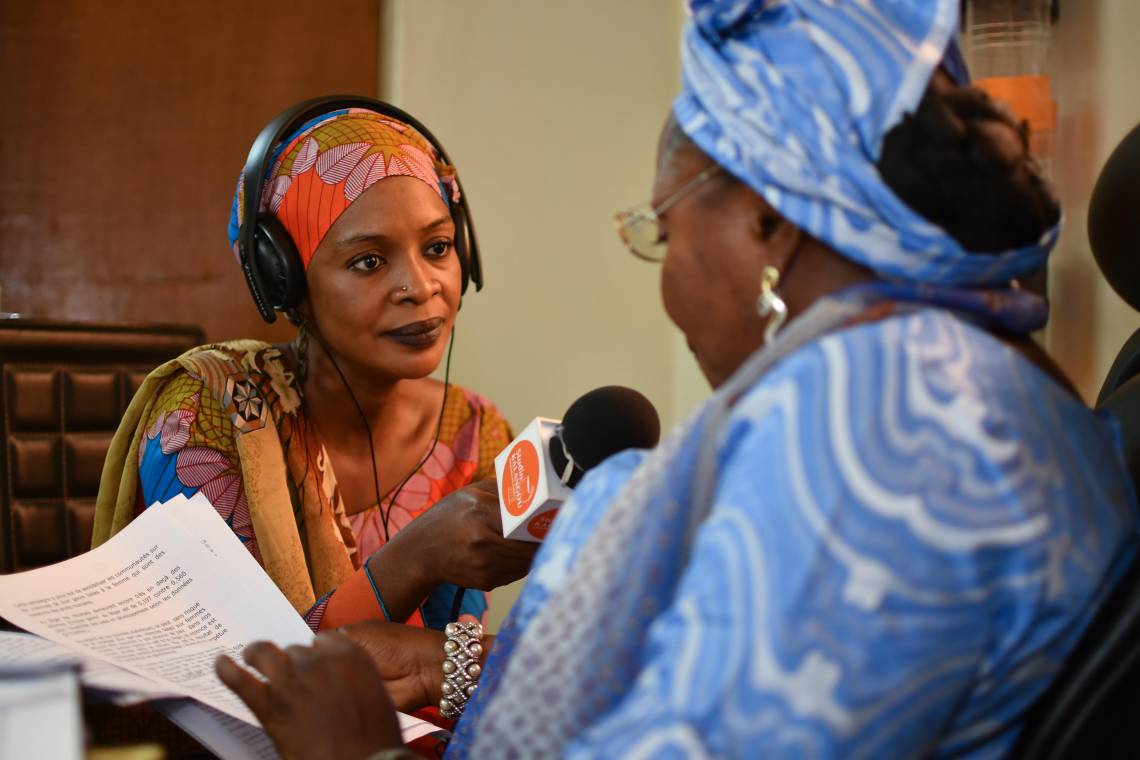 2017 saw numerous changes at Fondation Hirondelle:a new management team in Lausanne, a new four-year programme, and new partners. All these things are in line with our mission of providing information to people in crisis zones, allowing them to act in their daily lives and as citizens. The media are often denigrated and criticized, and their usefulness questioned. But in 2017, we also saw in different contexts throughout the world a new awareness of the vital role that reliable media can play in the service of the people. We have seen once again how useful media can be, in places like the Central African Republic, Mali, and Niger. Despite the difficulty of finding funding to continue these projects and develop new ones, we have redoubled our efforts to meet our goals in production, broadcasting and training.

The “Hirondelle” brand is associated with experience and expertise that are appreciated and recognized. This is the contract of trust that we have with our audience. We maintain this with vigilance, making high demands of ourselves and our partners, and fully aware of our responsibilities.

For its 2017-2020 programme, Fondation Hirondelle has adopted the overall goal to “help make the right to information a reality by giving people in the places where we work access to quality media with useful, non-partisan, independent content, so as to allow each individual to make informed life choices, to participate as a citizen and in the democratic life of their country”.
This objective takes account of the global context. Its transversal crises, social media, information technology, migrant movements and conflicts call us to understand this world, to hold a dialogue with neighbours, countries, regions, to find new responses together. Fondation Hirondelle must strengthen itself in order to continue implementing projects that respond to these needs. And so the strategy drawn up in 2017 also includes consolidating the  financial structure  of our organization, developing and strengthening our network and visibility, and increasing our participation in research on the impact of media. These efforts should help boost the development of our operations, allowing us to realize our mission wherever it has the most impact and utility in the service of the populations we serve.

THE FIGHT FOR ACCESS TO INFORMATION: AS CURRENT AND VITAL AS EVER

Media and access to quality information were a major focus of public debate across the world in 2017, amidst new ways of  manipulating information on social media, a resurgence of investigative journalism (e.g. Panama papers, Paradise papers), debates about the funding of public media, closures and launches of new publications. Fondation Hirondelle has been producing and broadcasting information for populations in crisis situations since 1995, allowing them to act in their daily lives and as citizens. The role of media is at the heart of what we do. 2017 was for Fondation Hirondelle a year of transition “with continuity”, with the arrival of new management and new approaches to be tested. It was a year of changes, reflecting the international environment in which we work.

The beginning of the year saw the end of our programmes in Tunisia, Guinea and Burkina Faso. Some of these operations fell under fixed-term mandates and so their end was foreseen. The Studio Hirondelle project in Guinea could have benefitted from continuing Fondation Hirondelle support, but we were unable to find the necessary funding. Also, despite our efforts and our convictions, we did not manage to launch the new project drawn up with local partners in Libya, an extremely fragile and complex country where the population’s need for reliable information is particularly vital. Our overall volume of activities was affected, but nevertheless reached 8.6 million CHF across 11 operations in 10 countries. The geopolitical environment remains marked by issues of political instability and insecurity in the countries where we work (DRC, Mali, Niger, Burkina Faso, CAR and Myanmar). Developing and managing media or supporting the production of independent information in “protracted crisis”  zones in the CAR, DRC and Myanmar puts us in contexts where there is a clear political will to close political and media space rather than opening to civil society and building  democratic, representative institutions. Despite these difficulties, we produced 10,000 hours of radio programmes, strengthened the capacities of more than 300 media professionals, organized 4 special operations including a first one in Pakistan, and generally increased the impact of our audio, video and written content, thanks to improvements in our broadcasting network with partner media and on social media.

At the institutional level, the year was marked by the launch of our new four-year programme (2017-2020) and the attainment of the  2017 objectives that we had set ourselves. We reorganized our resources in Lausanne to gain in efficiency and quality. We kept our management spending under control whilst at the same time creating new resources for communication and research in our field of activity. Fondation Hirondelle was awarded the Ousseimi Prize for  Tolerance and was also recognized by members of Geneva International through the signing of new partnership agreements.

Out of total expenditure of 8, 649, 692 CHF, 15% went on headquarters costs, a percentage increase on the previous year owing to the decrease in overall financial volume, but a decrease in real value of 2% compared with 2016. The 7,352,559 CHF spent on projects was attributed as follows: 61% on staff costs, 34% on operational costs and 5% on equipment.