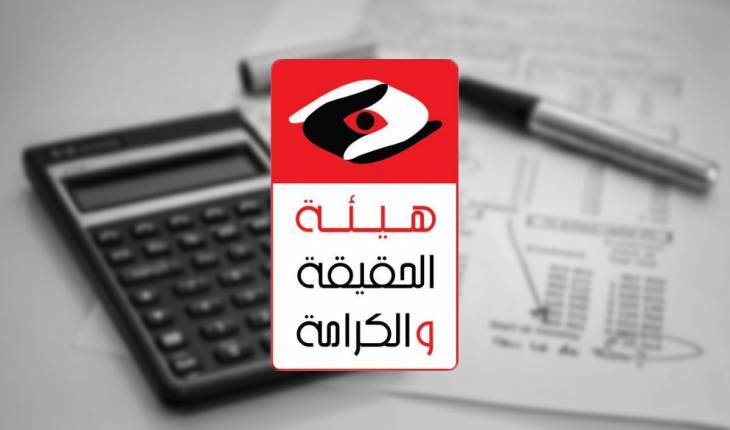 ©JusticeInfo.net The books of the Instance for Truth and Dignity in Tunisia were thoroughly examined by the Government Accounting Office.

Tunisia: the disputed assessment of the truth commission

The Tunisian Court of Audit, which is responsible for the oversight of public funds and is known to operate independently and impartially, published its audit report on the Truth and Dignity Commission (IVD) at the end of April. It criticizes the Commission’s management but does not point to anything that constitutes serious misconduct.

The Court of Audit's mission lasted ten months, from January to mid-October 2018. It covers a period from June 2014, when the Truth and Dignity Commission was set up, to October 2018, two and a half months before the end of the Commission's work and the finalization of its report on December 31, 2018.

The Court's observations extend over 27 pages. They concern various aspects related to the work of the IVD, including investigations, emergency assistance and reparations to victims, the cost of public hearings, the transfer of cases to specialized chambers, and the management of human and financial resources. The report also contains in 31 pages the IVD's responses to the Court's questions.

Who is classed as a victim?

The Court notes first of all that the IVD has had a total budget of 56.657 million dinars (approximately 17 million euros) over four years and that it has operated with 567 employees.

Its main finding concerns the difficulties of the IVD in defining human rights violations, "given the confusion at the conceptual level". The Court observes that this has "impacted the accuracy of the data". According to the Court of Auditors, this confusion led to the reclassification of 3,449 victims' file holders in 2016. After further investigation, these people went from "victims" to a category that "requires more checks". "The verification and analysis of the files faced problems related to the lack of credibility of the data on which the IVD based its decision to grant victim status. Thus, at first this status was granted to the wives of political prisoners who contracted their marriage long after the violation suffered by the husband," the document states.

On this issue, often referred to as "false victims", IVD President Sihem Bensedrine answers: "We have three filters to define the status of victims. First of all, the file presented by the complainant. Then, the private hearing. Finally, the investigations related to each case. Between the second and third screening, people may or may not be granted this [victim] status," she says.

The Court's report notes that there were still seven such cases in September 2018 where people did not correspond to the status of victims. They received 18,928 dinars (5,650 euros) in emergency aid costs, including 14,408 dinars (4,300 euros) for three of them who were subsequently definitively rejected as victims. Sihem Bensedrine explains: "These seven people benefited from undue care from our emergency aid unit. They must reimburse their medical expenses to the Finance Ministry, to which we have forwarded their files."

The "exorbitant" cost of public hearings

The Court of Auditors also reports that the IVD concluded a service contract with an association and that a bank transaction worth 5,000 dinars (1,500 euros) was carried out on the account of the president of this association and not on the association's account. This is the Sawt El Enssen (Voice of Man) association, chaired by Béchir Khalfi. Sihem Bensedrine replied by distinguishing two contracts concluded by the IVD with the former victim Béchir Khalfi: "A first contract was signed with his association in order to collect for us victims' files in the interior of the country. This saved us the cost of opening a regional office costing 400,000 dinars [120,000 euros] per year. We also concluded an agreement with Bashir Khalfi as a resource person so that he could put us in contact with victims to be interviewed during private hearings. There is nothing illegal about that. This operation is deemed a management error, but we saved the State hundreds of millions."

The Court also points to the costs of organizing the first two public hearings in November 2016. This amounted to 556,000 dinars [166,000 euros] each, "an exorbitant amount, which could have been reduced if the IVD had better identified its needs and properly prepared its calls for tenders," the report notes.

The IVD replied that the first two audiences were assigned to the same event agency for the following five services: branding, media, piloting, sound and light, and management. Subsequently, these services were separated and granted to five different providers, reducing the cost of an audience to 100,000 dinars [30,000 euros]. "We have improved during the process," notes Sihem Bensedrine.

Delays denounced by the Court in the IVD’s transmission of cases to the specialized chambers are due, according to the president of the truth commission, to the time devoted to training magistrates of these courts in transitional justice.

In her office at the Truth and Dignity Commission, which she will leave definitively at the end of May 2019 with the completion of her mandate, President Sihem Bensedrine welcomed the audit report, despite strong criticism for "malpractice" and "corruption" that has been levelled at her since the publication of this report. "We consider the Court of Auditors to be an essential body for a democracy, where it is necessary for the use of public money to be audited. The IVD actually requested intervention from the Court of Audit as early as February 2017 when campaigns began claiming that the IVD had spent astronomical sums on its cars, its doorway and cakes. The report does us justice: no serious misconduct has been identified by the Court's auditors, even less any corruption," says Bensedrine. "None of these management errors are punishable by criminal sanctions," adds the head of the Commission, although she notes that "the Court of Auditors treated the IVD as if it were a permanent public institution. However we are limited in time and are more an administration of a mission. This specificity has not been taken into account by the Court".