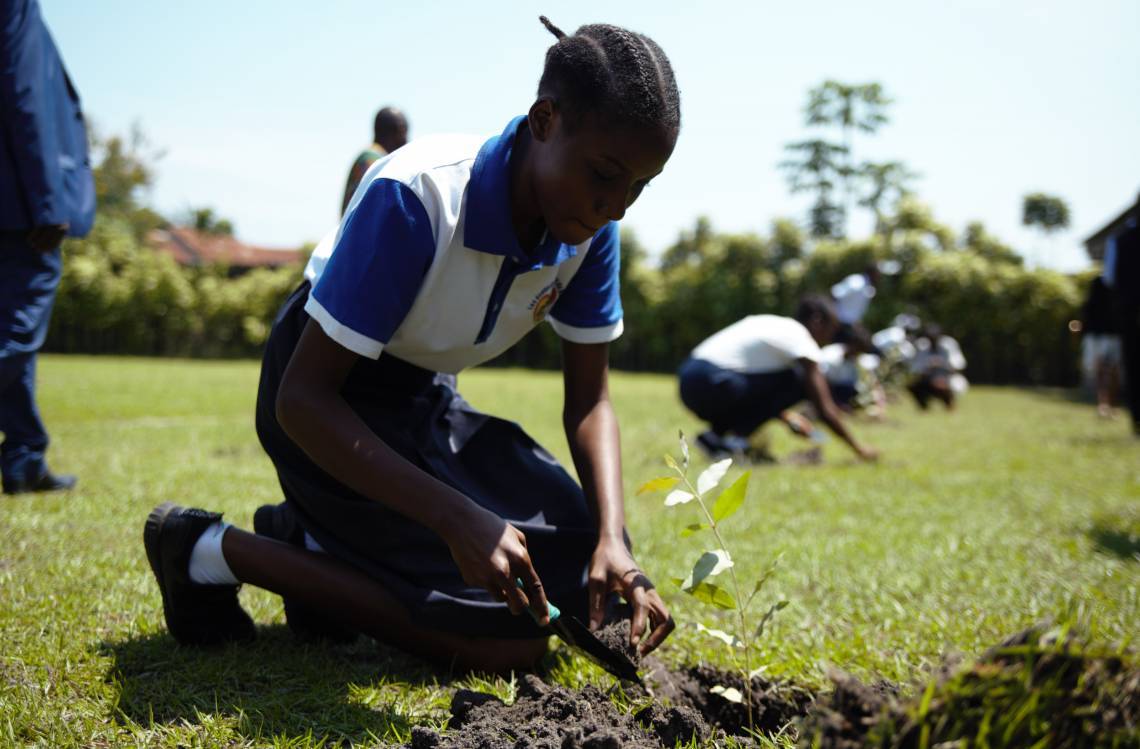 10 October 2019
Headlines from our media

On April 15, Studio Hirondelle-RDC hosted a debate at the Motema Mpiko High School in Kasa-Vubu, on the theme of environmental protection. With such discussion, the first to be organized in a school, we wanted to arouse students' interest in an important issue for their future.

For nearly an hour and a half, our three great witnesses, a 5th grade literary student, a sustainable development engineer and a geography teacher, explained to the hundred participants the role played by trees in the fight against global warming, and the reasons for planting and protecting them.

"Not only must we raise awareness among students, but we must alsomake them accountable. They need to be aware of the importance of trees not only in school, but everywhere. You have to make tree planting a habit. The first people who must lead by example should be our authorities," proposed Beatrice Carmel, our Great Student Witness, and Minister of Ecology and Environment of the Tobongisa High School Student Government.

"I have found that young people are ignorant about the environment issues, and they are also careless. Personally, before I took part in this debate, I knew that the environment was an important matter, but I wasn't involved and after listening to each other, I decided to get more involved at school and in the family," commented Alex Musemena of Motema Mpiko High School