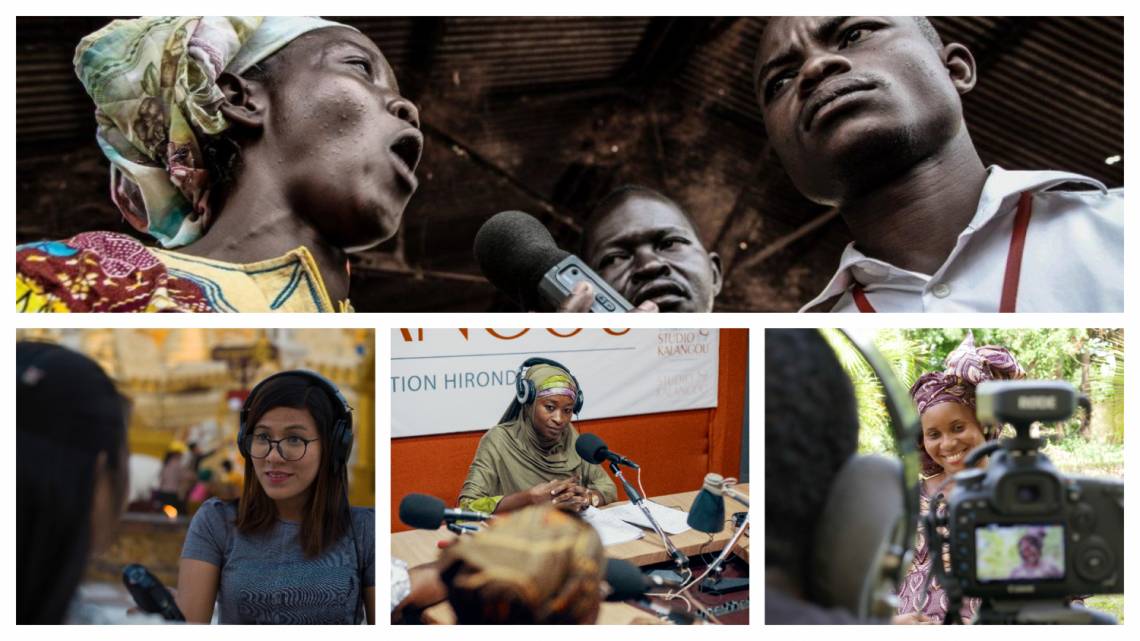 Access to factual, credible, non-partisan information is recognized as a universal right (Article 19 of the Universal Declaration of Human Rights). Produced in a transparent manner by professional journalists who have received the necessary training and who know the ethical rules they must respect, this information enables women and men with access to it to make informed decisions in their daily and civic life. It helps to restore confidence in society by combating misinformation, propaganda and preconceived ideas, which are sources of conflict. Independent and non-partisan media, close to the populations they address, enable all voices, including the most marginalized, to be heard in order to create a truly inclusive dialogue.

Transparency, trust, inclusion: these three principles have been at the heart of Fondation Hirondelle's work for 25 years. They have, for example, enabled Radio Ndeke Luka, created in 2000 by Fondation Hirondelle, to produce and broadcast its news and dialogue programmes without interruption for 20 years in the Central African Republic, despite the many violent crises facing that country. The most listened to radio station in the country, a reference media known and defended by the Central African population, Radio Ndeke Luka is managed and implemented on a daily basis by a dedicated and courageous team of Central African journalists, technicians and managers. This team and this media embody the convictions of Fondation Hirondelle since its creation. The principles defended by Fondation Hirondelle and its media are those of professional journalism and awareness of its social responsibility. This function of journalism is more vital than ever in all societies. It allows access to quality information for the greatest number of people. It promotes dialogue and greater mutual understanding in the face of all contemporary forms of violence and exclusion.

Fondation Hirondelle responds to requests from the media and local civil society organizations, on its own initiative following needs analysis missions in the field, and sometimes at the request of international organizations such as the United Nations.

Based in Lausanne, Switzerland, Fondation Hirondelle employs 200 people, including approx. 20 at its headquarters and more than 160 national employees in its countries of intervention. Its annual budget is CHF 11 million.

countries in which it intervened from 1995 until January 2020

This list includes all the media, radios, multimedia programmes and "pure player" websites created by Fondation Hirondelle since 1995, but does not include projects supporting pre-existing media, particularly public service media such as Radio Nepal, Radio Tunisia, Radio Tv Burkina. The dates indicated are those of the projects implemented by Fondation Hirondelle, some media continuing to exist on their own or with other support since then.

List of countries in which Fondation Hirondelle has been active since 1995 (implementation of medium- or long-term projects, excluding the short-term "special operations" listed below):

Other countries in which the Fondation Hirondelle has implemented short-term special operations :