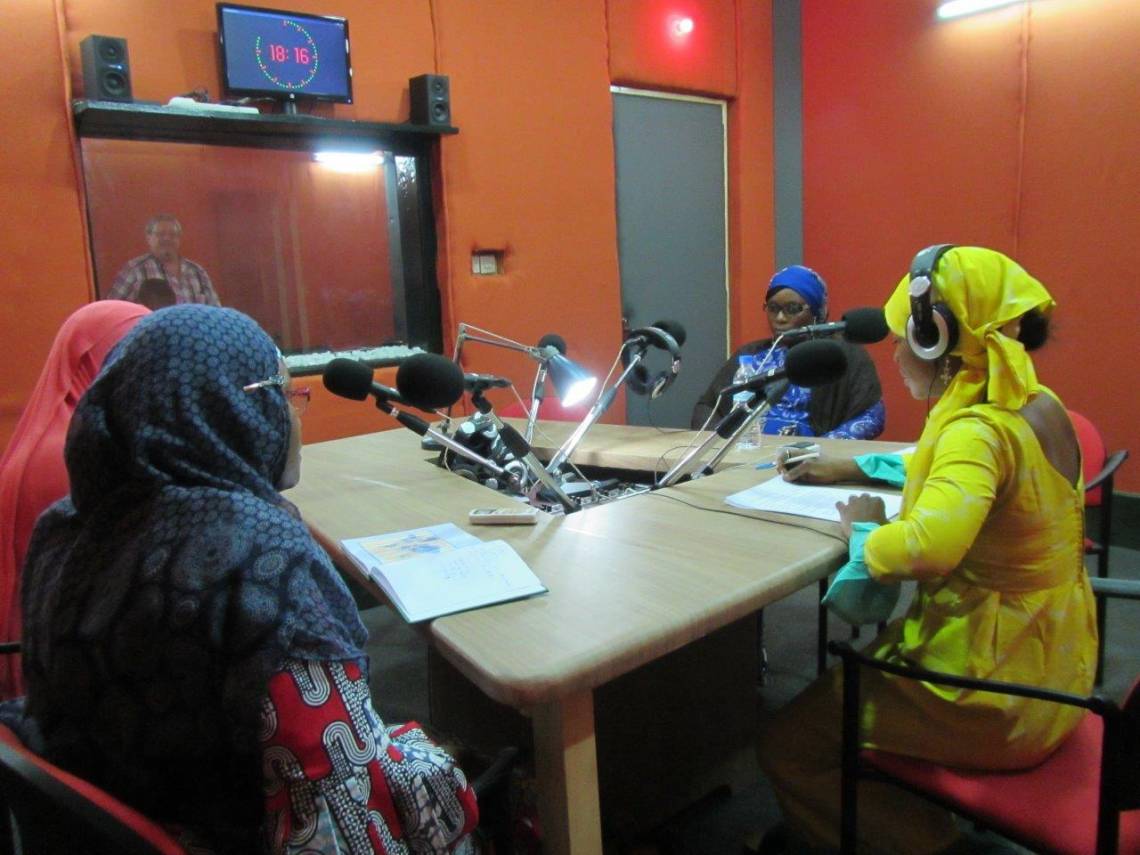 Training of journalists in Niger: testimonials from Studio Kalangou correspondents

Eight journalists from different regions of Niger were trained at the beginning of November in Niamey by the editor in chief and technician of Studio Kalangou, our radio program in that country. They explain what they have learned.

Balkissa Tahirou works at Radio Albanna in Karma, near Niamey. She will become the first female correspondent of Studio Kalangou in the region and thus will contribute to the challenge of gender equality in the newsroom : "I always had the passion to be a radio host. This training has given me the desire to do better, and it will be an opportunity to (re) discover my town through my reports. I am ready to take on the challenge of being the first female correspondent of Studio Kalangou".

Moussa Boukari is from radio Liptako in Téra, West of the country, near the border with Burkina Faso. He still studies in a private high school in Téra. He’s passionate about radio, where he also works, initiated by his father. In a few days of training he learned enough to be able to remotely solve a problem and guide one of his Tera colleagues to restore lost items in an audio file on the Audacity editing software. "I saw a concrete application of what I learned here. Last night one of the technicians of the radio had inadvertently erased data on an audio file, especially the indications on the duration, and he did not know how to recover them. I learned that during the training with Ali (Studio Kalangou's technical manager), and I was able to tell my colleague which menus he had to open to restore the missing information."

Ibrahim Amadou, from Radio Murya Talaka in Filingué, in the North-East of Niamey, now better understands the different formats of radiophonic production. "I'm an host for radio talk-shows and I've never touched a computer. Now I know how to produce a professionnal audio report. I understand the various formats, and I can recognize them when I listen to a program".

Abdoulaye Amadou, from radio Sougui Ayorou, near the Malian border expresses the difference that will make Studio Kalangou in the Nigerien media landscape : "Our people think that the radios we listen to (the national radio in particular) are telling stories. With Studio Kalangou they are sure they will have the right information and we are sure they will be many to follow us. "