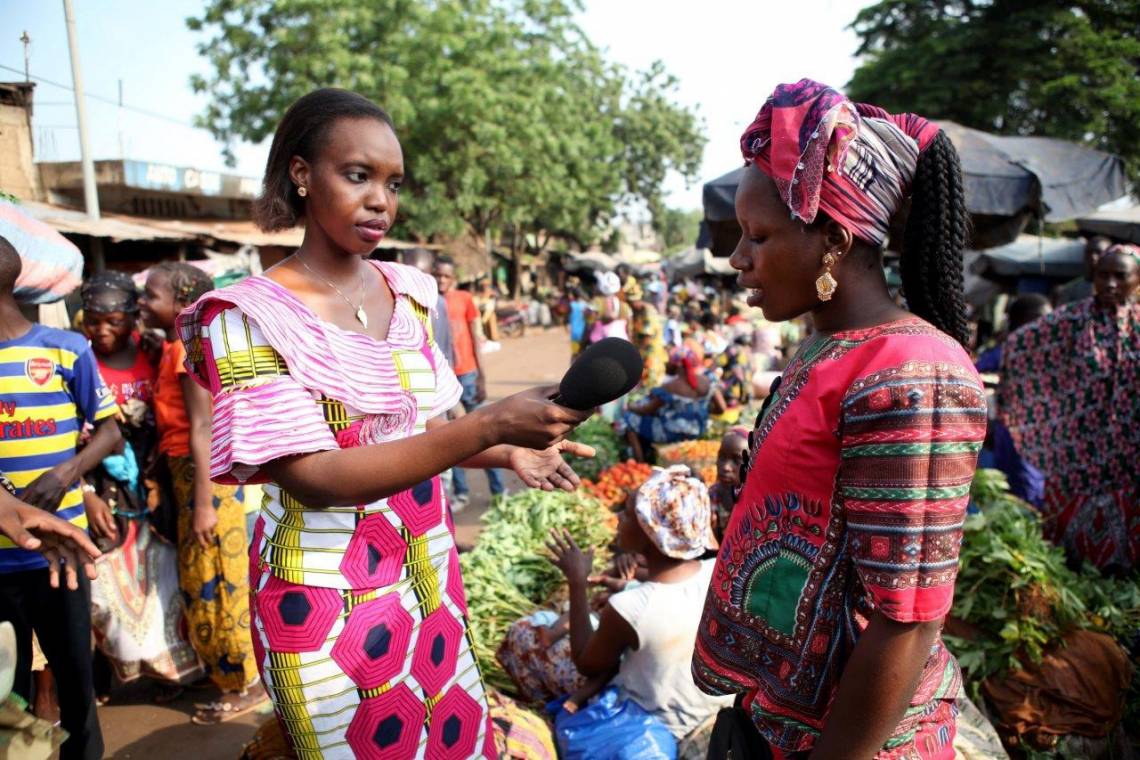 A third of Malians listen to Studio Tamani

According to an audience survey conducted in Mali in late 2017 by the IMMAR institute, 32% of people over 15 in the West African country listen to Studio Tamani, Fondation Hirondelle’s radio programming there. Listeners highly appreciate the quality and utility of the programmes.

The survey was carried out in September 2017 in 6 Malian towns (the capital Bamako, Kayes in the west, Sikasso in the southeast, Mopti in the centre, Timbuktu in the northwest and Gao in the northeast). More than 2,000 interviews were carried out there with representative samples of the population by Malian researchers recruited, trained and supervised by IMMAR, a French institute specialized in conducting media and marketing surveys in Africa. “If we take the weighted figure for the total sample, 32% of Malians aged 15 and over say they listen to Studio Tamani’s programmes,” IMMAR says in its report. The figure is particularly high in Timbuktu (71 %), Gao (60%) and Mopti (42%). In Bamako, where there is strong media competition and people’s centres of interest are more varied, the figure is 11%.

Studio Tamani’s programming, launched in August 2013, is broadcast every day by a network of 70 partner radios throughout the country. It is made up of radio news bulletins in 5 languages, a big debate programme called  “Le Grand Dialogue” and feature programmes on issues linked to the news or daily life. Listeners expressed a high level of trust in the information provided and strong appreciation of its utility. According to the survey, 95% of listeners in Timbuktu said the programmes were “useful or indispensable”, 94% in Bamako and 93% in Kayes. Similar proportions said they trust the information broadcast by Studio Tamani. In Mopti, 81% replied “yes certainly” and 18% replied “yes probably”. In Bamako, 76% said “yes certainly” and 23% said “yes probably”, while in Timbuktu 73% said “yes certainly” and 25% said “yes probably”.

“The fact that people can listen to Studio Tamani’s programmes in their native language is a plus and is especially appreciated,” says IMMAR. “The choice of subjects and the way they are covered in the programmes allows the public to better understand their country.” For example, 88% of Studio Tamani listeners say its programmes allow them to “better understand Mali and how it works”, 87% say the programming stimulates their interest in “regions and populations in Mali that previously interested me little or not at all” and 86% say listening to Studio Tamani allows them to “change the way I behave towards certain problems”.