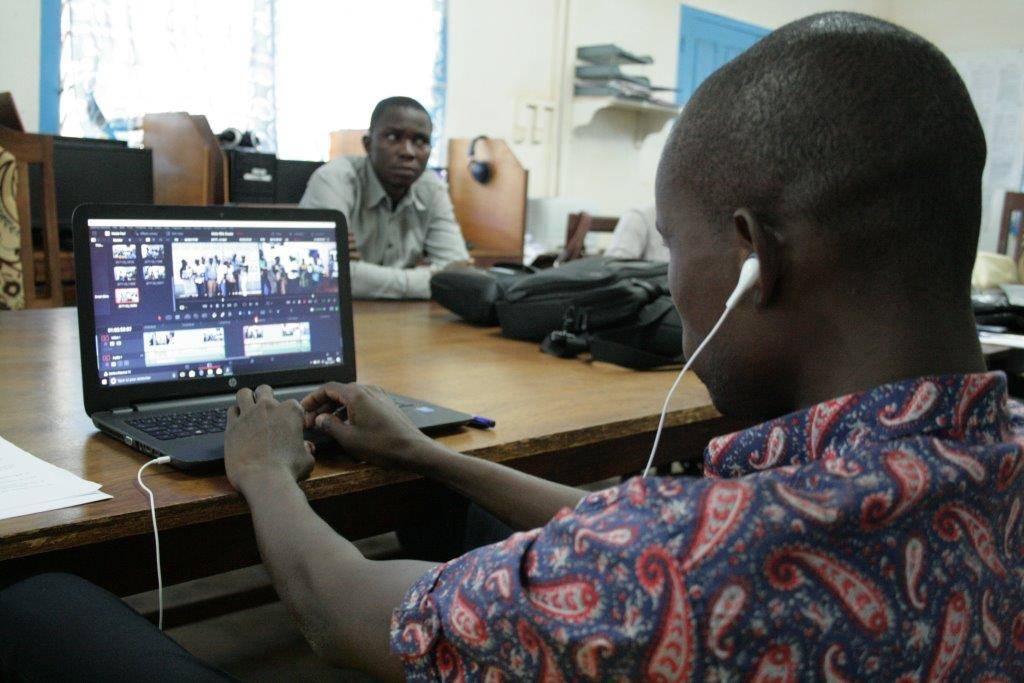 Radio Ndeke Luka, the most popular radio station in the Central African Republic, launches video production. The radio's journalists have just received training from Fondation Hirondelle, which has been supporting Radio Ndeke Luka for more than 17 years. The videos will be broadcast from May on the new website and social networks pages of the radio.

A video training was organized by Fondation Hirondelle for the benefit of journalists from Radio Ndeke Luka (RNL) from 06 to 20 March 2018. Its objectives were to train editorial journalists to produce audiovisual content. This training is part of a broader mission that aims to feed the future website and Facebook page of the radio that will be launched in May 2018. It was completed by a training in web writing and support to the managers of the radio in the development of RNL's online editorial strategy.

Thus Radio Ndeke Luka is gradually becoming involved in multimedia production with the aim of further integrating interactivity and innovation into its programs, to offer a professional information service on the internet in CAR.

This training was the first of a series of other development missions that will be held in 2018 and 2019 as part of Fondation Hirondelle's support to Radio Ndeke Luka.

Below are the first two videos produced by the RNL journalists as part of this training: