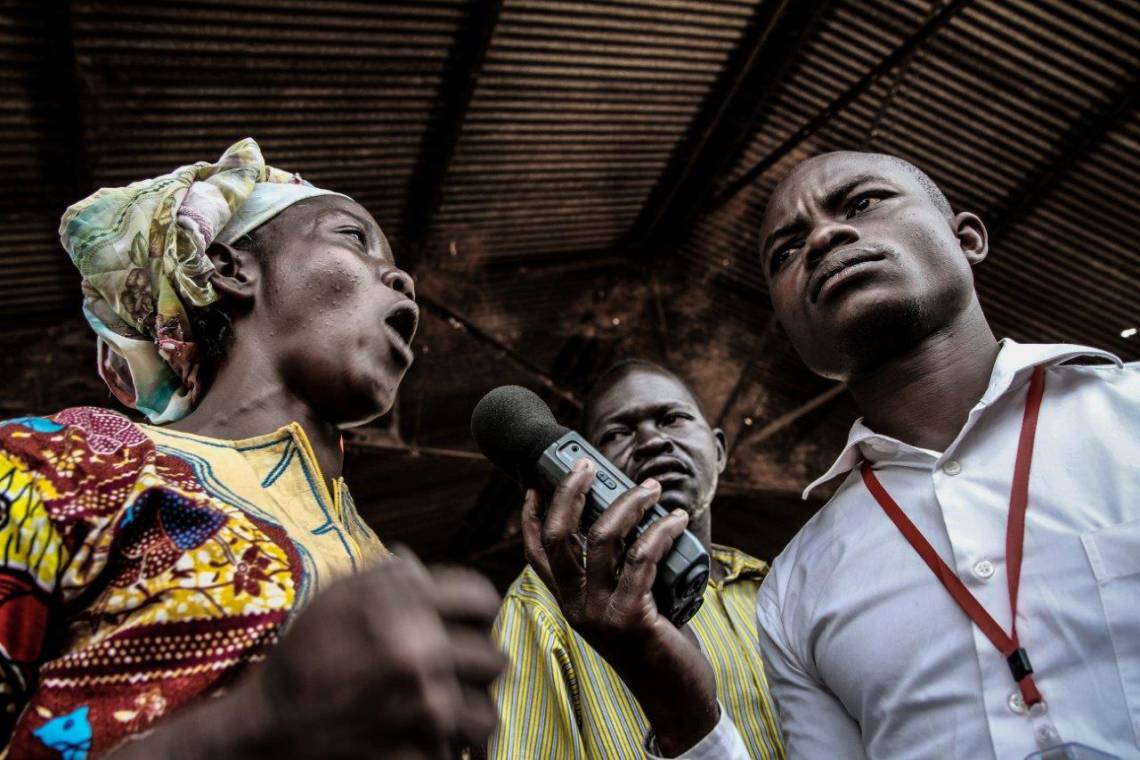 "What is Journalism for ?" The social role of journalism is being discussed more than ever. It's the topic of the first issue of "Mediation", a new biannual publication of Fondation Hirondelle. Testimonials, field experiences, cross-reflections and key figures: "Mediation" is intended to be a forum for dialogue between actors in the media field and crisis resolution. Download it above. See also the introductory article of this first issue below.

For 23 years, Fondation Hirondelle has been providing information to populations faced with crises, by creating or supporting media and teams of journalists on the ground. In such contexts, where the veracity of information can be vital, we pay particular attention to the verification of facts. But is that our only role? Faced with new forms of propaganda, competition from social media and the media’s economic model in crisis, journalists need to better explain the specificities of their profession and the utility of their mission. Drawing on our experience in crisis and transition countries, we are launching “Mediation” to help feed this global debate on the role of media and information. This twice-yearly publication aims to be a place for discussion between specialists, actors and partners working in media and conflict resolution. In this first edition, we bring some analyses and sharing of experiences which highlight that responsible journalism can help manage crises and build more peaceful societies.

Why does journalism need to demonstrate its utility? The question may seem out of place, or provocative. Access to information, along with the right to seek and impart information and ideas, is recognized as an inalienable and universal right under Article 19 of the Universal Declaration of Human Rights adopted by the United Nations in 1948. Throughout the world, the level of public trust in journalists and media is at a historic low -- 43 % on average, and as low as 31-33% in some places like Australia, Japan, France and the United Kingdom where the media is nevertheless very structured. Confusion between information, propaganda, rumour and opinion has never been so great, including in the richest countries that have the best education systems. Social media have given the illusion of free information for everyone that does not need professionals to produce and verify it.

Given this situation, many journalists are also asking themselves about their responsibilities. They see Donald Trump’s election to the US presidency and the Brexit vote as key examples of popular votes
that were not enlightened by knowledge of the facts that the media are supposed to relay. In this context, several ideas have emerged to help restore the legitimacy that journalism seems to have lost in the eyes of the public. Ranging from “constructive journalism” put forward by the “Constructive Institute” and the university of  Aarhus (Denmark) to a “mission for journalism in times of crisis” proposed by British newspaper The Guardian, they aim to revitalize the media by revising their ethics. This debate is very current in the countries of the North saturated with information, but is it destined to remain there? Wouldn’t the debate be greatly enriched by media experiences from societies where pluralist, factual information remains rare, even precious, such as in countries in crisis or democratic transition ?