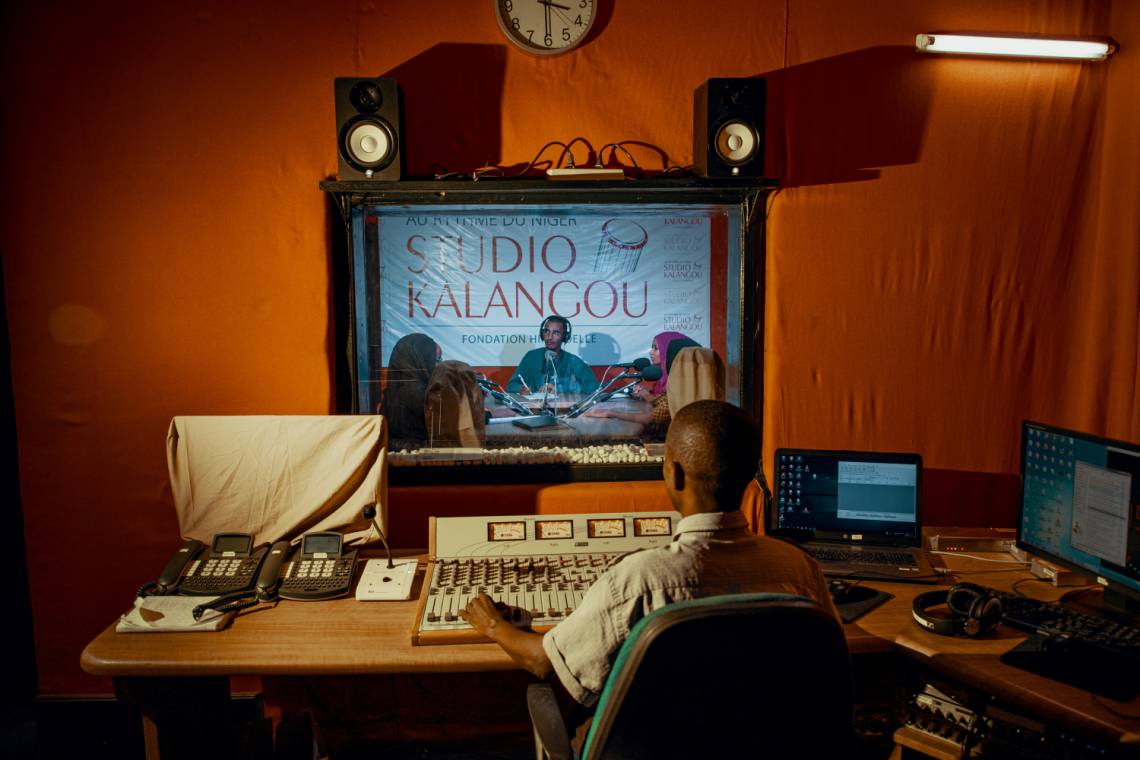 The editorial staff of Studio Kalangou is recognized for the quality of its work and its professionalism. Our project in Niger is the first African media certified by the Journalism Trust Initiative, set up by Reporters Without Borders.

The Journalism Trust Initiative (JTI), conceived and implemented by Reporters Without Borders (RSF), aims to contribute to a healthier news environment. This initiative aims to question and value the reliability of the news media according to their respect of a set of standards and indicators of their professional ethics. After undergoing the exercise and being audited by the independent firm in charge of the certification, Studio Kalangou, our radio program in Niger, became the first African media to be recognized by the initiative. The announcement was made official in March during a Journalism Forum in Tunis.

This recognition of the ethics and quality of the work of Studio Kalangou is particularly important for the editorial staff, as expressed by its editor-in-chief Alhassane Abdou Mahamane: « This certification is an asset for us, a great plus but above all the achievement of an objective after a good and hard work. It has a great significance for Kalangou in the media landscape of Niger and even of Africa in general. Indeed in a continent of 54 countries we are the first to be so certified. It is a recognition for the work well done by a project of Fondation Hirondelle, and it also salutes the work of the regulatory bodies in Niger, the schools of communication and journalism and especially the people of Niger who have not been mistaken in placing their trust in our program and in the different activities that we carry out in Niger. State institutions, technical and financial partners, national and international NGOs now know that they can count on a reliable and credible information project in the Niger media environment with Studio Kalangou, which we want to make an example for our country and our continent ».

Studio Kalangou is a project created and implemented since 2016 in Niger by Fondation Hirondelle, a Swiss NGO that supports and develops media in fragile contexts. Its director, Caroline Vuillemin, is delighted: « Studio Kalangou's certification by the Journalism Trust Initiative is a great source of pride and recognition of the standards, values and principles we have been defending for over 25 years. These values and principles can, whatever the context, be applied to any professional, independent and public service media: transparency on the ownership of the media and its financing towards the public, journalistic ethics, respect and dignified employment conditions of the employees (journalists and other media professions), application of strict editorial rules ».

Christophe Deloire, executive director of Reporters Without Borders, also applauds this first certification of an African media: « We congratulate Studio Kalangou on this achievement. Having been awarded the JTI certification as the first media outlet on the African continent, is an important milestone for the radio station, but also for the Journalism Trust Initiative. We hope that many more publishers will follow this example to assess and, if needed, to overhaul their editorial processes, and to turn compliance with the JTI into a competitive advantage. In these dire times it is more important than ever to make trustworthy journalism more visible and sustainable ».

The media sector and the world of information are under more pressure than ever. Public distrust is soaring as misinformation gains momentum and is amplified by social networks. Traditional sources of funding are being captured by other actors, notably the GAFAs, which contributes to weakening the practice of quality journalism.

Fondation Hirondelle, which seeks in its work to find answers to this situation, recognized itself in the project set up by RSF, as Caroline Vuillemin underlines: « Fondation Hirondelle chose from the beginning to join this initiative because the word 'media' today is usurped and no longer necessarily means a registered, professional press that applies the ethics of the profession of journalist. Just because I have access to the Internet and articles on cancer does not mean I am an expert on the disease. In the same way, working in a media, producing and distributing information requires a framework, rules, and ethics and the JTI makes it possible to distinguish for media consumers, but also for advertisers and public authorities, the media that recognize and adhere to these quality criteria ».

A collaboration that delights the director of the Journalism Trust Initiative, Olaf Steefaadt: « Fondation Hirondelle is one of our most long standing and closest partners in developing the JTI. We’ve worked together on drafting and publishing the underlying standard document, and later on the thorough road-testing of the different tools for self-assessment and external audit. Now, during the implementation phase, our partnership will focus more on the media development and capacity building angle. As one of the globally leading actors in this space, Fondation Hirondelle is best positioned to provide assistance to media outlets, particularly in challenging environments, to benefit from the JTI process as much as possible ».