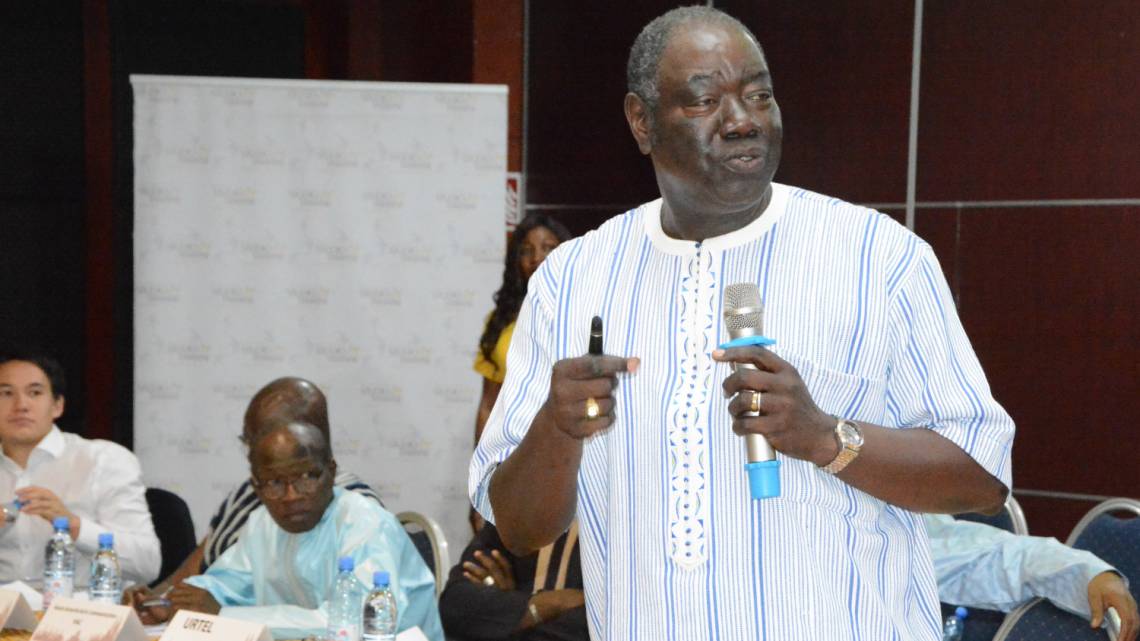 Martin Faye left his position as Fondation Hirondelle's National Representative in Mali in March. He is not quite ready to retire, however, and has taken on a new position as project manager and will be responsible for developing new training projects. His successor in the position of Representative is Thierry Perret, former RFI journalist, who will take over the supervision of the Studio Tamani project. This transition is the opportunity to get Martin's perspective on the evolution of Studio Tamani and to share his analysis of the evolution of African media.

You've been running Studio Tamani for 5 years. How has the Studio Tamani team evolved over the years, what progress has been made and what challenges remain?

Martin Faye: As with all of its projects, Fondation Hirondelle's work in the field is based on local human resources. First of all, quality recruitment, then continuous training, daily coaching, gradually building a real team spirit and instilling in each member of the staff, "a Hirondellian spirit" with the values of Fondation Hirondelle, its Charter, its editorial line, its approach... For 3 years, the editorial staff has been accompanied by an expatriate Media Manager. For more than 2 years now, it has been managed by a Malian chief editor. The progress of the Team is a pleasure to see. It shows commitment and remains surprisingly motivated. I always tell distinguished visitors who come to Tamani that this team, whose average age is 25, is the image of what Mali must never cease to be: multi-ethnic, multicultural, multi-faith, unity in diversity.

The main challenge of Studio Tamani is the sustainability of the Project. To go from the state of a quick impact project to a sustainable and perennial project. The Mali of today and tomorrow needs Studio Tamani. Fondation Hirondelle is working on this, in consultation with its Malian and international partners.

How do you measure the impact of Studio Tamani in Mali? What role can a news program like this play in a country facing serious crises like Mali?

In an audience survey conducted in November and December 2020, 88% of listeners surveyed found Studio Tamani's radio programs to be "useful" or "indispensable". The information broadcast by Studio Tamani is judged reliable and impartial by 8 out of 10 listeners. The impartiality in the treatment is unanimously recognized. These are some of the lessons learned from the latest impact measurement.

In a country in crisis, information is also an essential commodity. The population has a vital need for reliable and credible news. It allows them to protect themselves against the risks that threaten them. Studio Tamani fully plays this role.  Studio Tamani is also a space for inclusive dialogue where all points of view are expressed. Antagonistic groups and actors get to know each other better and engage in dialogue through a daily talk-show called "Le Grand Dialogue". Studio Tamani today is a link between Malians, an intermediary that promotes interactive communication between citizens, their representatives, governments and international decision makers.

You have dedicated your professional life to journalism, to teaching it, and to supporting the news media in Africa. What lessons do you draw from this experience, on the social function of journalism today across the continent, and on the role of the media?

I started my career as a journalist at Radio-Senegal in a context of monopoly held by the national radio. Then I saw the emergence of the first private stations and thus the emergence of radio pluralism, in my country Senegal as in many other countries. I was able to measure, through multiple situations, to what extent the media are like Aesop's tongue: capable of the best as well as the worst.  I remain concerned by the lack of solid basic training of many African journalists, with the slips, the clumsiness, the ignorance of the elementary ethical rules that govern the profession. Media pluralism has unfortunately not taken into account the immense tasks of training to accompany the many newcomers in journalism.

What are the main challenges facing journalists and news media in Africa today? What are their assets to face them, and what do they need most?

I deplore, like so many other African colleagues, a form of journalism that completely distorts the profession. I am a fierce opponent of "food journalism" and "embedded journalism". The conditions under which the profession is practiced are deplorable and explain the abuses observed. Low salaries paid to editorial staff lead to practices that the morals and ethics of journalism condemn. There are media outlets where the principle of salary is "pay yourself on the hoof".  In a reporting situation, transportation is provided by the organizer of the event. How, under these conditions, can we promote and practice rigorous and responsible journalism, based on the verification of information, the multiplicity of sources, a strict distinction between facts and comments, guaranteeing the impartiality and credibility of information?

All the journalists' associations, in Mali as elsewhere, are committed to revalorizing the profession, separating the wheat from the chaff, issuing the professional card only on the basis of solid and proven references, negotiating a collective agreement that guarantees a salary that allows information professionals to live with dignity and to avoid practices that are contrary to ethical rules. These are vast projects!