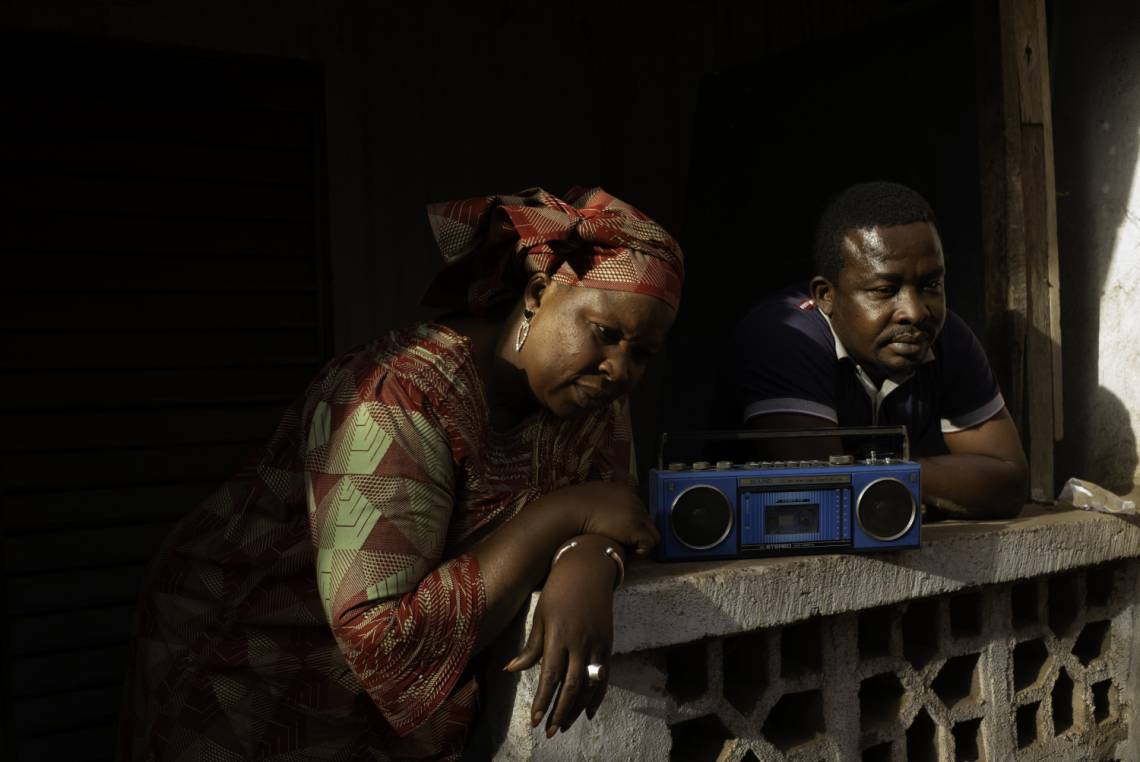 A pirogue to go back to school, thanks to Studio Tamani

19 August 2013 - 19 August 2021: for 8 years, Studio Tamani has been producing and broadcasting daily news in 5 languages, magazines and debates for the Malian population. This year, the radio programme created by Fondation Hirondelle and URTEL (Union des radios et télévisions libres du Mali) has received a particularly heart-warming birthday present. Because it comes from the listeners. Because it demonstrates the concrete usefulness of our work, and underlines the impact of our programmes. A story from western Mali, in a village in the Kayes region, told by Studio Tamani's correspondent on the spot.

This gift is the story told by the people of the Bafoulabé circle in the Kayes region, 400 km northwest of Bamako. A report by Studio Tamani on the difficulties faced by pupils in the village of Titinla and the surrounding area made an impression. The pupils have to cross the river to go to school. But they don't have a pirogue. They have to rely on the goodwill of occasional pirogue drivers. So they are late to class every day, and even regularly absent. A disastrous situation for normal schooling, but one that has been going on for decades. The report broadcast by Studio Tamani "helped mobilise goodwill to solve a problem that has lasted for several decades" linked to the transport of pupils from seven villages in the cercle, explains the mayor of the commune. Indeed, following the broadcast of the report, generous listeners bought the dugout canoe that the pupils so badly needed. The local population and authorities are delighted, led by the mayor: "Thanks to the information provided by Studio Tamani, the learners have a motorised dugout canoe and equipment. Everyone pays tribute to Studio Tamani and the donors."

This unexpected donation was received on 2 August. The president of the municipalities of the Bafoulabé circle, Adama Bandiougou Sissoko, spoke on behalf of the people: "We thank Studio Tamani very much today, because thanks to them, today we are united as sons of Bafoulabe to face a crucial problem, that of the future of our children." The headmaster of Mohamed B. Diallo high school added: "If it hadn't been for your report, we wouldn't be here today receiving a motorised dugout canoe and equipment. Thank you very much to this media for bringing to light difficulties that date back several decades." "We ask that this example be multiplied," added one of the seven village chiefs represented at the handover. Diarafa Sambou Sissoko believes that "this charitable work" will enable "the education of poor children, children who are always threatened on the river".

These testimonies collected in a remoted region of Mali by Studio Tamani's correspondent confirm the results of an audience study carried out by the international Kantar institute at the beginning of this year. This study credits Studio Tamani with three million one hundred thousand regular listeners through our network of 85 radio stations and three television partners throughout Mali.

Other figures? 88% of those surveyed consider Studio Tamani to be a "useful" or "indispensable" radio programme in their daily lives. Nearly 8 out of 10 listeners consider the information relayed by the Studio to be reliable, and that Studio Tamani's programmes give a voice to different points of view, are balanced and non-partisan.

Finally, the programmes lead more people in the regions to change, to get involved, to become more active in their community. Studio Tamani provides thought-provoking information that is shared. And the story of Bafoulabé village is a concrete example of this.

Studio Tamani broadcasts four and a half hours of programmes daily on 85 radio stations across Mali, including Radio Bafoulabé on 104.1 MHZ!