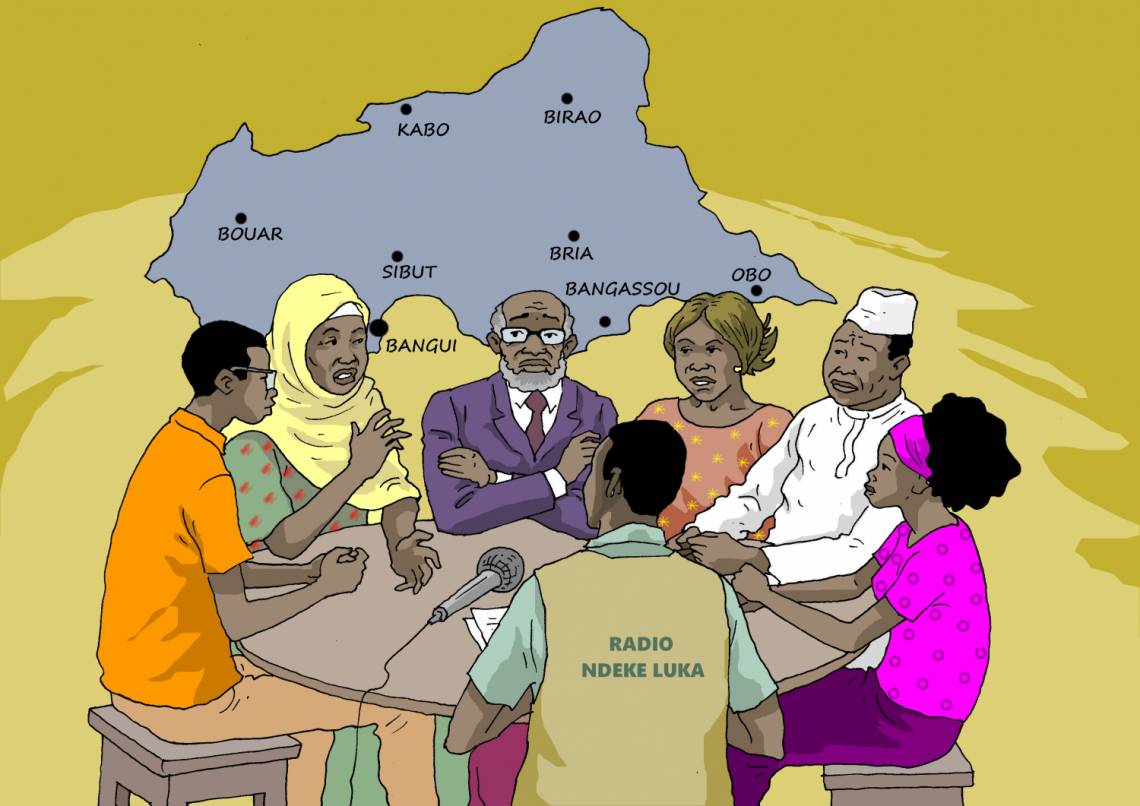 Presidential and legislative elections crucial to peace, national cohesion and stability in the Central African Republic will be held on December 27 in that country. Radio Ndeke Luka, CAR's most listened to media, created and supported by Fondation Hirondelle, is implementing an ambitious program to counter rumors and misinformation in this high-risk period.

These elections are an opportunity to consolidate democracy in the Central African Republic, but they are also a breeding ground for exacerbating tensions in a deteriorating security context.  Since the outbreak of armed conflict in 2013, the Central African population has been suffering from a complex crisis. Despite the signing of the Political Agreement for Peace and Reconciliation (APPR) in February 2019, violence has continued in 2019 and 2020, causing loss of life, suffering and internal displacement. This context of deep and multifaceted crises is conducive to the multiplication of rumors, aggressive and even hateful messages that infuse society.

In this context, Radio Ndeke Luka, the most listened to radio station in the country, is the media with the greatest credibility and the largest network of journalists, correspondents, transmitters and media partners throughout the country. The radio was created in 2000 by Fondation Hirondelle, which continues to support it today, with the financial support of the European Union's Bêkou Fund and the Swiss Cooperation. Radio Ndeke Luka, thanks to its audience, its legitimacy and its professional and technical capacities, is able to respond with quality information, accessible to a majority of the population, to the challenge of disinformation that proliferates on other more fragile or less independent media, and on social networks.

An important program based on information, civic education and dialogue before, during and after the presidential and legislative elections of December 27, 2020 was thus set up by Fondation Hirondelle and the team of Radio Ndeke Luka in Bangui. It includes the following activities, supported and financed by the European Union's Instrument for Stability and Peace:

- Production of an electoral charter (see attached) detailing the principles and rules to be followed for professional and independent coverage of the elections. This charter has been presentend and shared with the High Council for Communication (HCC), the National Elections Authority (NEA), presidential candidates or their representatives, civil society, and other Central African media.

- Introduction of a special "elections" program schedule, with informative, educational and participatory purposes.

- Organization of 6 public talk-shows outside and in the provinces

- Setting up a "fact-checking" unit to check the information circulating, particularly on social networks, to alert on false news and respond to misinformation