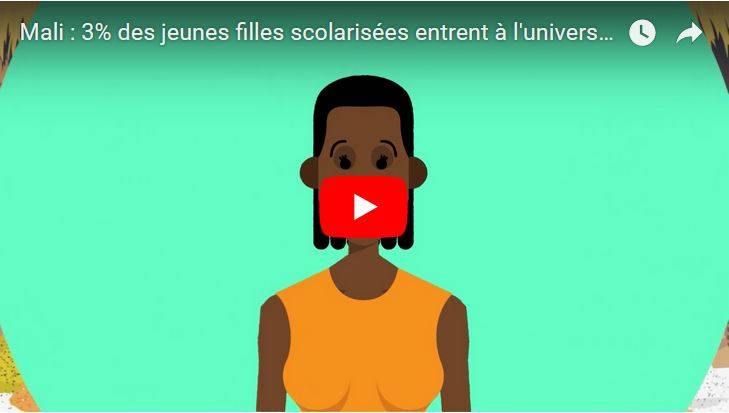 The journalists of Studio Tamani, Fondation Hirondelle's news program in Mali, produced in September a "Motion Design" video about access to education for young Malian girls.

This video is part of a series of productions on women's rights in Mali, produced by Studio Tamani in partnership with the researchers of IMRAP (Malian Institute for Research and Action for Peace), with funding from the European Union. The goal is to share with the Malian public, through broadcasts by local channels (including public television ORTM) and on social networks, testimonies, portraits but also surveys, facts and figures, which contribute to give voice to Malian women and express their concerns.

Watch below this "Motion Design" video on access to education for young malian girls: