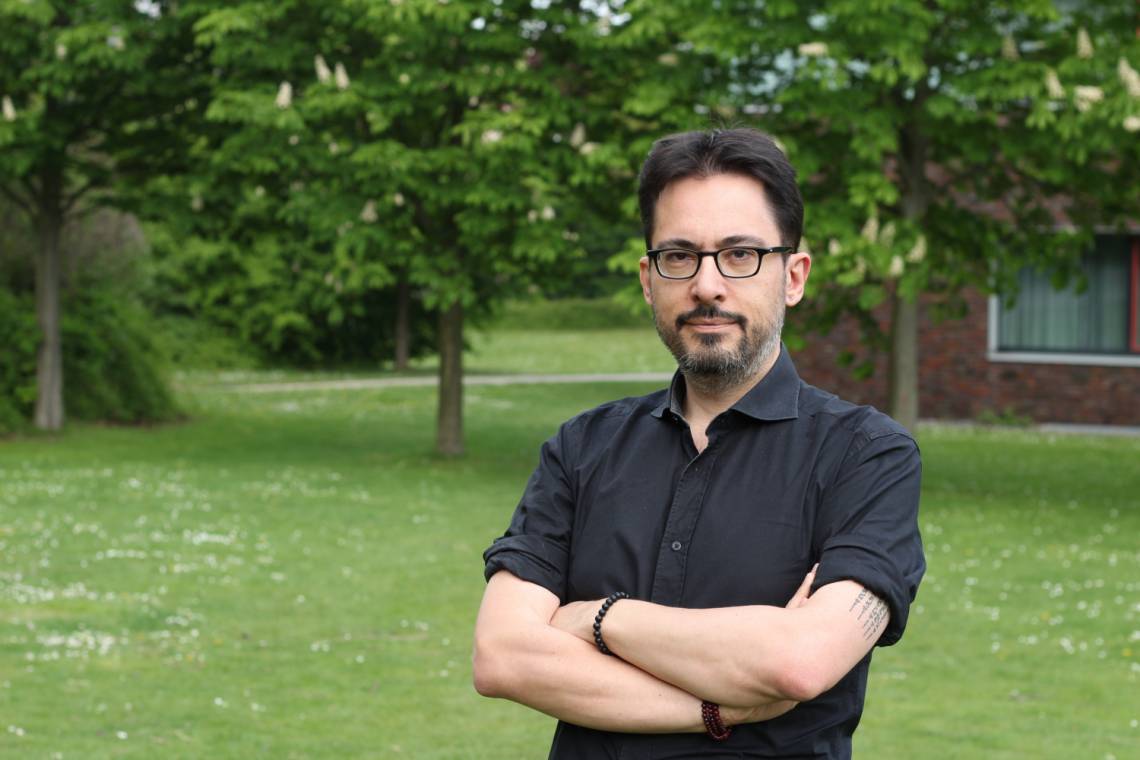 ©DR Portrait of researcher Michel Leroy from the Erich-Brost-Institute (University of Dortmund).

Michel Leroy, a journalist and research assistant at the Erich-Brost-Institute for International Journalism (University of Dortmund), is the author of a study on the media sustainability of Fondation Hirondelle . He tells us about it in this interview, published in “Mediation” No.9, available above.

Michel Leroy: Mainly – that is, 80% - from public international aid funds. But what this study undoubtedly reveals is that there is hardly any place where there is no private income generation. Even in the Central African Republic, a country where the advertising sector is among the most fragile, Radio Ndeke Luka -- a media outlet created and supported by Fondation Hirondelle since 2000 -- has managed to build an advertising department that has been able to finance up to a quarter of the project budget in some years. Of course, with a quarter of the budget, we are still far from self-financing. But the study puts into perspective the prevailing discourse on the supposed impossibility of sustaining this type of media. It also points to issues that are less often mentioned: how to generate new resources locally, how to manage profit-sharing and corruption, and how to adapt the economic model when faced with a period of conflict that calls into question this development potential.

The statutes of Fondation Hirondelle say it "strives to ensure the transfer of the news organization to journalists in the host country". How has it done on that so far?

In the world of media cooperation, the Fondation was one of the first to put sustainability at the heart of its approach. It was also one of the first to create a post dedicated to developing sustainability. What is striking when you look at its archives is the variety of influences of its media initiatives. But there is a common reference: the Swiss public broadcasting service, from which the founders came. Logically enough, the best results in terms of sustainability come from experiences of transferring to a smaller public service, such as the audio programme "Moris Hamutuk" ("Living Together"), created in 2001 and handed over to the national broadcasting company of East Timor in 2006. In the case of mega-projects, especially when they are operated with a partner like the United Nations as in DR Congo with Radio Okapi, a concerted exit strategy is less easy to implement.

Fondation Hirondelle has tested many approaches to "sustainability" over its 27 years of existence. Can you give a few examples that you find enlightening?

At the beginning, with Fondation Hirondelle’s first media Radio Agatashya founded in 1995 in the Great Lakes, the approach was rather humanitarian, without any real concern for sustainability except for the skills transfer. Then came the producer-broadcasters - Radio Ndeke Luka in the Central African Republic, Radio Okapi in the DR Congo - which in theory should be transferred to a local structure. Then, to reduce costs and maximize this transfer potential, Fondation Hirondelle projects have been taking the form of production studios like Studio Tamani in Mali and Studio Kalangou in Niger. Hirondelle has also borrowed from the commercial model of advertising agencies, in particular through the experience of "Indés radios", the economic interest grouping that markets 130 independent radio stations in France. The search for economic independence was most advanced in Liberia with Star Radio (1997-2000), even if it came up against a crisis of internal governance and the Fondation's choice not to become an investor itself. The main challenge is perhaps precisely that there is no single model for financing media in fragile contexts. There are only experiences in given situations that re-examine, here and there, the relationship between the common good and the private sector, and the very ways of working.