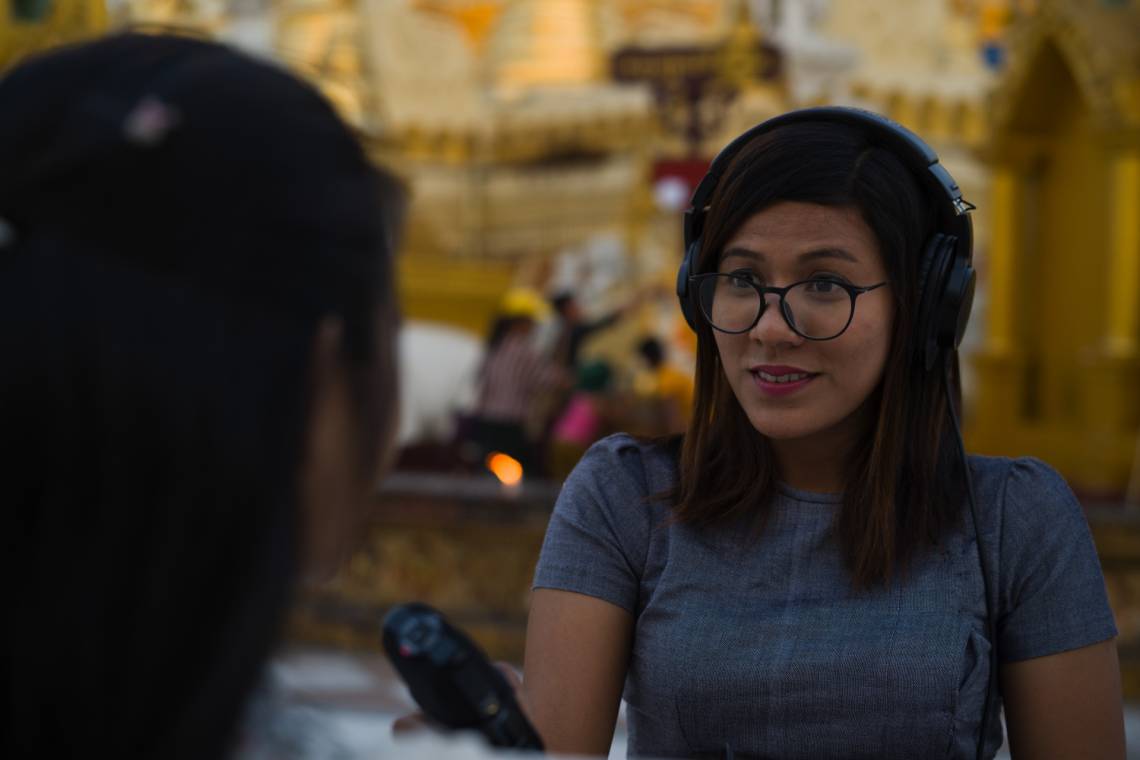 Time for Women in the Media

On the occasion of the women's strike in Switzerland on June 14, Caroline Vuillemin, General Director of Fondation Hirondelle, underlined in an article published by the newspaper "Le Courrier" the emerging but still too timid awareness in the media around the world to make editorial work and editorial treatments more parity-based. A text that we also publish in the third issue of "Mediation", our biannual publication, with testimonies and key figures.

What place do the media give to women? Worldwide, only 37% of articles, television or radio reports are written by women. Only 24% of these reports mention or give women the opportunity to speak. And only 20% of the experts interviewed in the media are female . Half of humanity therefore remains largely under-represented in the media, and this is even more true in Africa and Asia.
In theory, however, it has been twenty-five years since the planet mobilized on the subject. As early as 1995 in Beijing, the United Nations adopted a Platform for Action for the empowerment of women in twelve chapters, including one on the media. It calls on media companies to promote "greater participation of women in production and decision-making", "ensure that women's concerns are properly taken into account" in news and information, and to "encourage the use of new technologies as a means to strengthen women's participation in democratic processes".

For a long time, these recommendations remained more or less a dead letter. The Global Media Monitoring Project, a benchmark report that measures women's place in the media every five years, shows only very slow progress between 1995 and 2015. And in the past twenty years, the development of new technologies has resulted for women not only in a new space for expression but also for harassment on social networks. However, it was in this new space that a turning point occurred: in 2017, the #MeToo movement made gender inequalities so visible in the North that many media felt the need to implement proactive policies to reduce these inequalities, both in the composition of their editorial staff and in their editorial coverage.

These questions also arise in the countries of the South, particularly in countries in crisis or conflict. In these contexts, where the situation of women is often even less enviable than in the North and where the media are often less professional, the search for ways to reduce gender inequalities in the media remains wide open. It is today more necessary than ever to work for more inclusive newsrooms.

This is what we try to do at Fondation Hirondelle by defending independent, balanced journalism, practised by editorial teams that speak to the greatest number of people. Are we really as inclusive and representative, especially on the gender issue, as we wish? Overall, we have as many women as men among our journalists, without a quota policy, and in countries where the social and economic reality is not yet favourable to women in employment. But among our editors, there is currently only one woman out of six! We are now working to ensure that the ways we recruit, train and advocate not only ensure equal rights and opportunities but also make it possible for our women journalists to take up positions of responsibility.

In the media as in society, it is still a predominantly male vision that dominates. And in countries in transition where the digital revolution is taking hold, the digital divide is penalizing women more. It is therefore more than ever the responsibility of the media to provide news and information that is produced by women and men together, without any gender hierarchy, so that it will better speak to everyone.

This text is published in "Mediation", n°3, with interviews and key figures on this subject. Download the full edition here.