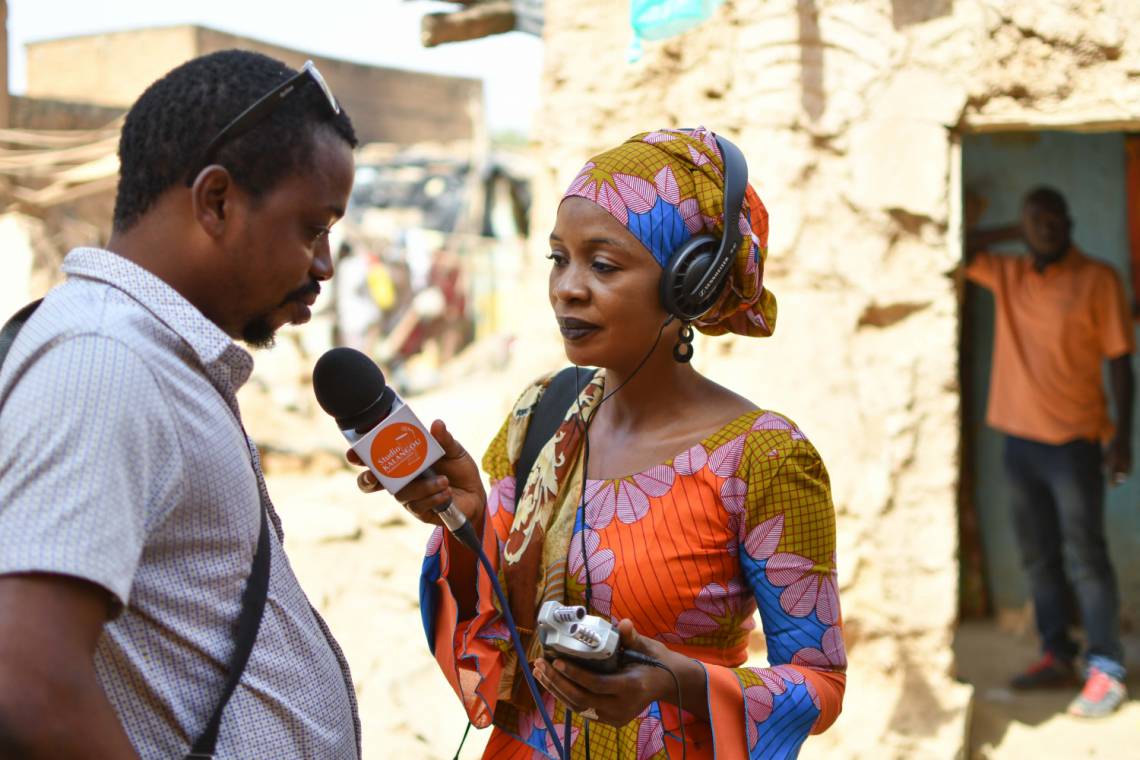 How can the media promote gender equality in fragile contexts?

Emma Heywood is a lecturer and researcher at the University of Sheffield's Department of Journalism Studies. She describes her experience (including with Fondation Hirondelle) in assessing the impact of radio programmes on women’s empowerment in areas of crisis.

For years, your research has focused on media in areas of conflict. In your opinion, what are the specific needs of women living in these areas?

It is no secret that women are often the most affected by conflict. Their menfolk may be actively involved in conflict or may be injured or killed, leaving them to fend for the family in times of extreme hardship, often becoming victims of sexual or other violence. Not having the same status as men in many patriarchal and traditional societies, women are left without support. They cannot inherit the estates of their husbands, being considered to be “goods” themselves, and are forced to return to their own parents’ homes… They may already be subject to widespread gender inequality in societies where polygamy, male dominance, domestic violence, female genital mutilation, and resistance to women’s work outside the home prevail.

Yet, as heads of households and, in many cases, important stakeholders in many aspects of daily life, women are perceived as being the binding force in society. These women do everything; in Niger and Mali, for example where I have been working recently, it is they who fetch the wood, who get the water, who look after the children and the men, who cook the meals, do the washing and often have to find a source of income, however small, to supplement the family income. The list of their tasks is endless but so is their strength to go on. In the West Bank under Israeli occupation, where I recently conducted a three-year research program, women face serious specific problems such as the absence of their men who are likely to be jailed by the occupation army or, when these women are candidates during elections, they often appear on electoral lists under their husband’s or their brother’s name. And yet, I observed that they have still more agency than in West Africa.

These women display astonishing resilience which must be tapped into by giving them a greater voice in society. Yet, to do so and on a more basic level, they need to be informed of their rights. They need to be educated on an equal footing with their male counterparts, they need equal access to all levels of society be it politically, economically or socially. They need to be valued. Society needs to value them as much as it seems to value men.

You are currently conducting a study on the influence of Studio Kalangou, Fondation Hirondelle's radio programme in Niger, on promoting the rights of Nigerien women. What are the main trends of this study so far?

Last April in six localities in Niger, we started the impact assessment of women-related radio programmes broadcast by Studio Kalangou on women’s rights and empowerment, mostly radio debates and magazines. This study is being conducted by the FemmepowermentAfrique research project based at the University of Sheffield in the UK.
We conducted around twenty focus groups with a hundred or so listeners in and around Niamey, including married women, single women and men. We tried to assess their knowledge, perceptions and behaviours before and after listening to two series of women-related programmes broadcast by Studio Kalangou. The two series focused on women, politics and elections, and child marriage. We also ran workshops alongside the focus groups to receive feedback from representatives of civil society and media organisations.
The main trends of the study are largely positive. We noted changes in behaviour amongst most listeners, both female and male. Many stated that prior to listening to the broadcasts they weren’t sure about certain issues but had received clarification from Studio Kalangou after listening, particularly regarding the politics series. Female listeners also stated that the programmes had encouraged them to become more politically active now they knew more about how to do so. Generally, the increased information broadcast by Studio Kalangou enabled listeners to discuss politics more easily without it all ending unpleasantly.

However, there is still work to be done. Young people need to be encouraged to listen to the radio more. This is a significant challenge facing Studio Kalangou. There are also editorial differences to be taken into account; often the information given to listeners is not necessarily what they actually need to know and understand. More targeted listener profiling is needed.

In your opinion, should the media seek to specifically address women in areas of crisis?

Women obviously play a very important part in such societies and they have a major role to play in contributing to and securing peace particularly at a local level. However, in order to raise the voice of women and to promote their rights and empowerment, programmes must also address men. It is men who control women. Women must be encouraged to fight and stand up for themselves but they will only be able to do so with the support of men. It must also be noted that “women” are not one homogenous group. Some women have considerable agency and examples of this must be promoted. Similarly, in many cases, women in extended families are the ones who control younger females. We should not fall into the trap of categorising all women as being the same, with the same power over each other, or having the same freedom to act as each other. Nonetheless, providing accurate and independent information about women, their rights and ways of promoting those rights can only contribute to female empowerment. Such information, in whatever form in the media, must be free of negative stereotypes against women, must give equal voice to both male and female participants, and must seek to promote greater gender equality in society.