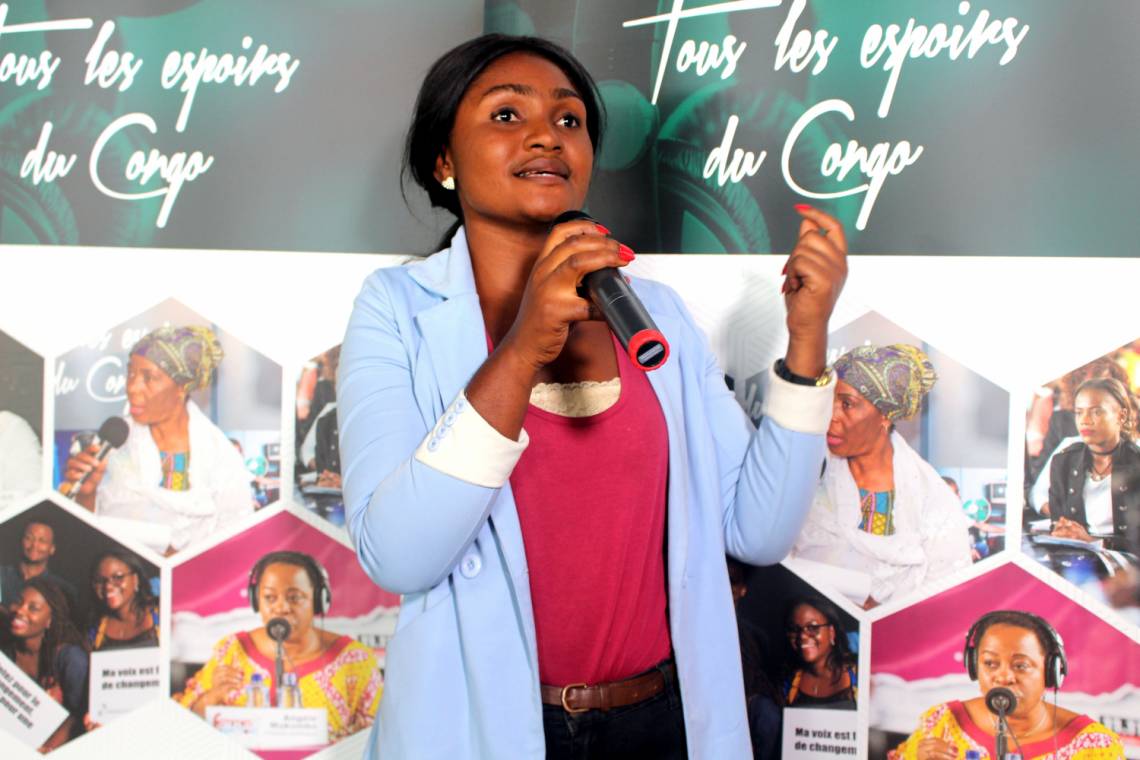 In the fragile contexts where Fondation Hirondelle operates, particularly in the Democratic Republic of Congo, what are the specific issues with regard to media coverage of women?
Pauline Bend: In the DR Congo, there is a lack of knowledge of the very issues at stake. Women are socially conditioned to marry. The barrier is cultural, including among journalists and even female journalists. Women are expected to stay at home and, if they work, they are not expected to hold high responsibilities. Media professionals, who tend to be poorly trained and informed on the issue, are not equipped to understand women's issues. They have little knowledge of statistics, and are not shocked by the imbalances even when they know them. We also see that the media have difficulty depicting women as protagonists of their destiny and in society. There are reports on women rape victims and survivors, but the stories usually end there. They almost never present a constructive perspective for action and possible change in the situation of women.

For Fondation Hirondelle, do women journalists have a specific role in the editorial staff? Do they benefit from a specific policy?
In our teams, we ensure parity and empowerment of women. Although we get a big majority of male candidates for jobs, the editorial team of Studio Hirondelle DRC is composed of four men and four women, including editor-in-chief Suzanne Nzobo. Recently, we chose to hire a journalist who is clearly pregnant. In addition, we are working to promote women journalists through our "Women and Elections" programme, which aims to strengthen women's mobilization and participation in public life. Indeed, the more female journalists are equipped to understand and know the issues of women's participation, the better they are able to cover them in the media. We are therefore developing training courses for female journalists, then selecting about thirty of them to become correspondents of Fondation Hirondelle within our various partner radio stations in the DR Congo.

How does Fondation Hirondelle speak to women in the DRC?
For Fondation Hirondelle in DR Congo, women are full-fledged citizens, so we address them as we do all citizens. But it is true that gender inequality remains a major problem in this country. Women must therefore also be portrayed as full citizens. If they are shown only as victims, for example of violence in conflict, that is only one aspect. We make an effort to also show women who have resisted, to show women in all their complexity. Talking to leading women like the female candidates in legislative elections portrayed in our radio programme Ngoma Ya Kongo or the journalists we highlight in our latest newsletter helps us to better understand the dynamics underlying their action. And it helps us also to better cover other subjects.

This interview was published in the 3rd issue of "Mediation", entitled "Media: Women's Time". Download it here: https://www.hirondelle.org/pdfviewer/?lang=en&id=266