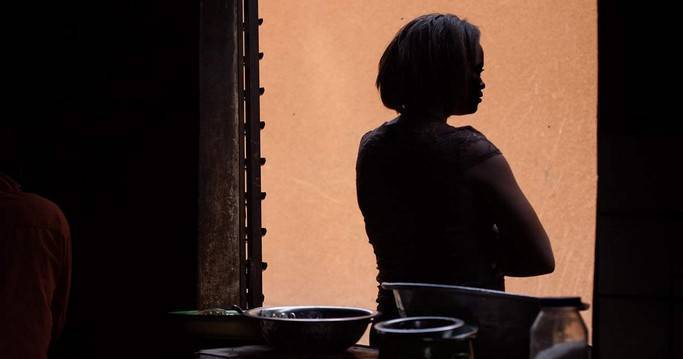 ©Fondation Hirondelle Many single mothers are rejected by their families

Being a single mother: an ordeal in Burkina Faso

Being a single mother is not easy in Burkina Faso. Even more so if the father does not assume fatherhood. Many young girls have been banished from their families for being pregnant before marriage. The lucky ones are welcomed at "Hôtel maternel", a social action centre in Ouagadougou. Interviews conducted by Studio Yafa.

For a few days now, Lassi (assumed name) has been living with her newborn baby at Hôtel maternel. Lost in thought, her baby in her arms, Lassi talks about her daily life. A daily life punctuated by sighs and deep reflections since the day she did not see her menses. Pregnant, and after being rejected by her partner, she was banished from her family. Lassi is from the Mossi ethnic group, which does not tolerate a girl getting pregnant before marriage. "I was told that I could no longer go back home. My return is conditioned by my child's recognition of paternity," she says quietly.

Lassi braves adversity by taking care of her baby alone. "I'm going to take care of my child until he grows up. If one day his father comes to claim him, he will be summoned by the social centre", she says. But this obvious desire to raise her child alone often "fizzles out", according to Younga Salifou, general manager of Hôtel maternel in Ouagadougou. "Girls usually leave this centre without knowing who caused their pregnancy, which means these children are likely to experience a difficult situation," he explains.

Mathilde, another anonymous woman, far from blaming tradition, silently assumes the weight of loneliness behind a smile. A smile that does not hide her trouble well. "It's a good tradition, because we do not get married until we have children. It's not their fault, it's ours," she says.

Now bannished from her family, Mathilde regrets that she did not take precautions in her sex life.  "When we were young girls, we didn't go to the hospital.  It was after I got pregnant that we were told about family planning. "Too late," she regrets. To avoid the burden of tradition, these young mothers invite young girls to be more sexually supervised. Before a return to the family conditioned by the mediation of Hôtel maternel, these single mothers face a future of uncertainty.