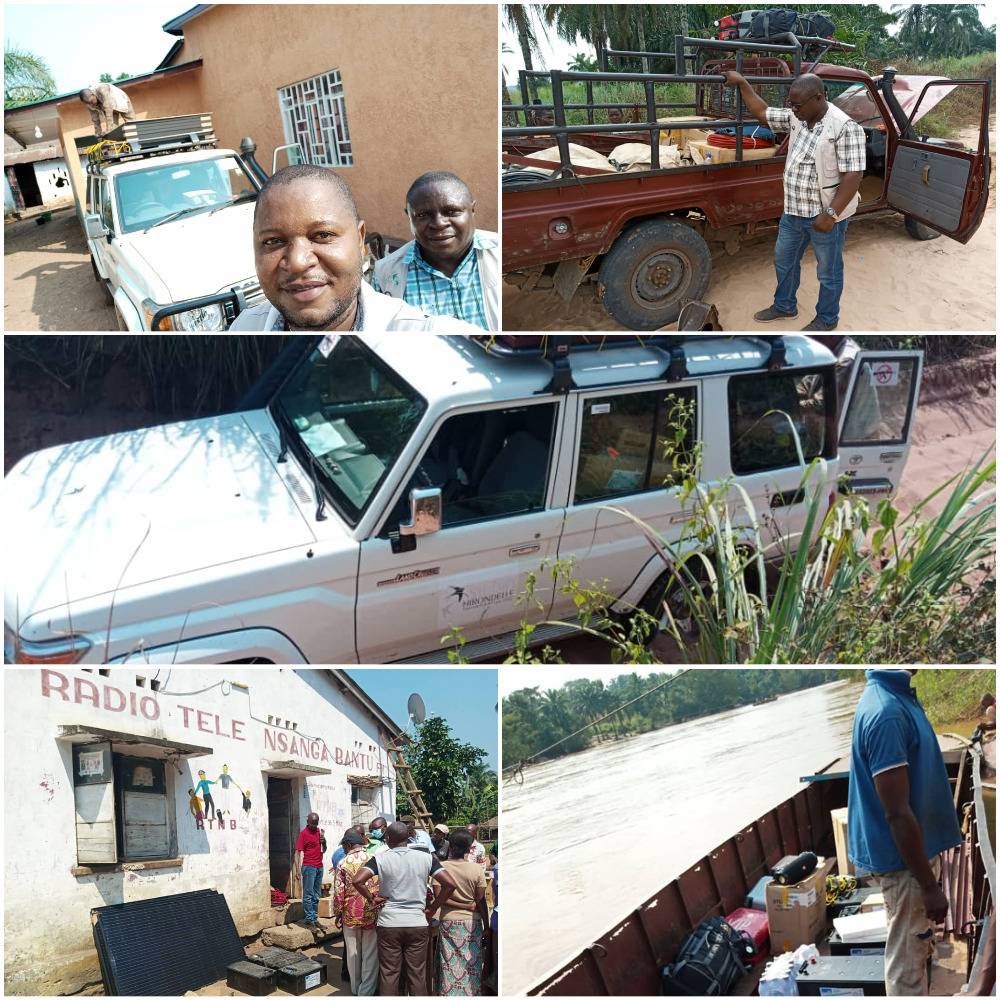 Fondation Hirondelle's technical teams have completed several missions in May and June to donate equipment, install and train community radio stations in the provinces of Kasai and Kasai Central, in the heart of DRC. A total of 16 radio partners of the Ngoma Wa Kasaï programme have been strengthened, thanks to funding from the European Union's IcSP (Instrument contributing to Stability and Peace).

Microphones, headphones, dictaphones, laptops, but also electrical equipment, solar panels, mixers, transmitters, antennas... These are complete kits to boost or increase the production and broadcasting capacities of radios in very precarious situations, which were distributed and installed by the Project Manager of the Ngoma Wa Kasaï programme and the technical coordinator of Fondation Hirondelle in DRC. Installations have been taking place since mid-May in the provinces of Kasai and Central Kasai after sometimes epic journeys to localities that are particularly difficult to access.
Non-existent roads, muddy tracks, punctures, transport of solar panels by pirogue on the tributaries of the great Congo River... Fondation Hirondelle’s team has adapted as best as possible to local constraints to provide concrete support to radio stations that are sometimes the only source of information for local populations.

These radios broadcast the Ngoma Wa Kasaï programme launched by Fondation Hirondelle in 2019 with the support of the European Union's Instrument for Stability. This programme in local languages provides reliable information, magazines and dialogue programmes that give a voice to all components of Kasaian society, which has been marked in recent years by violent conflicts.

The handing over of equipment helps to strengthen the broadcasting capacities of the partner radios, and thus to improve the population's access to the Ngoma Wa Kasaï programme. This support is welcomed by the local communities. Thus in the village of Kamako, Fondation Hirondelle’s team working in the Arc en Ciel radio studios received a surprise visit from the representative of civil society, traditional chiefs and 6 members of local associations. They wished to thank the Foundation for its support, and undertook to accompany the director in the management of this equipment for the benefit of the community.