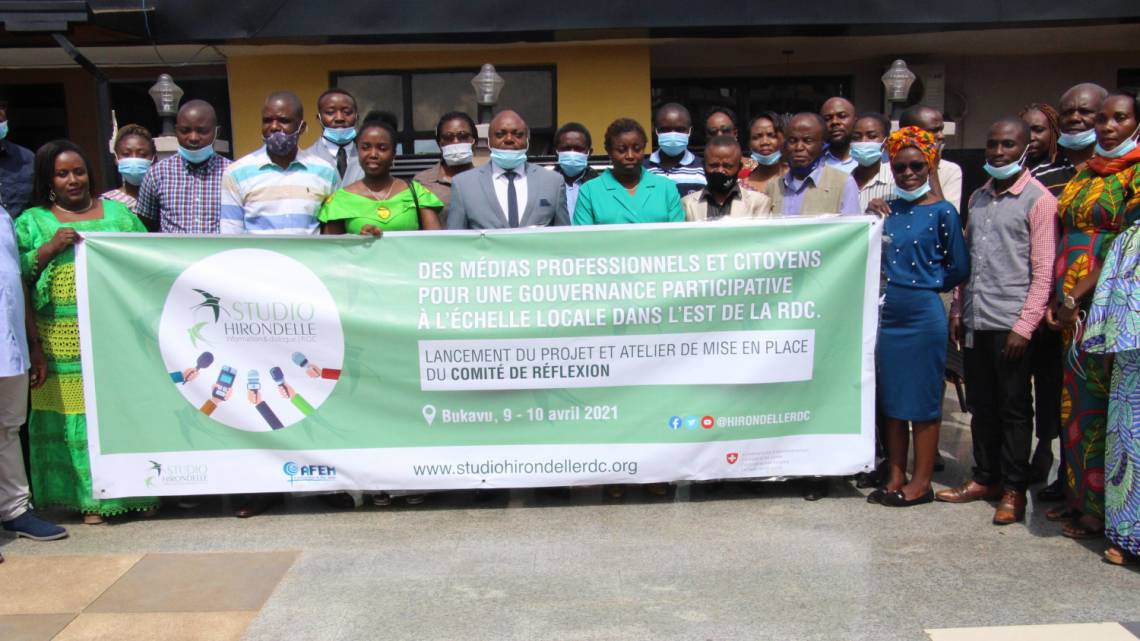 DRC: Support to the media in South Kivu for a better participation of citizens to governance

On Friday 9 April, Studio Hirondelle DRC inaugurated a new project in Bukavu to support community radio stations in South Kivu, in order to encourage citizen participation in the governance and development processes in this Congolese province.

The project aims to professionalise the media through better control of the production and management processes, to enable them to offer the public quality content. Content that offers citizens the opportunity to better understand the challenges of democracy and governance as they are posed for the region. The 20 partner radio stations will produce 48 reports evaluated by the trainers, and about 150 local debates.

Editorial training sessions will be organised for 40 journalists and producers on the specific treatment, in report or debate format, of certain problems in South Kivu such as women's rights (fight against violence; women's access to land), management of community and land conflicts; peace and security; governance; natural resource management, etc. More precise themes will be defined according to the areas where the targeted media are located, particularly for community radio stations, where training will be provided in situ within the radio stations. An advisory and monitoring system will complement these workshops. The trainees will be coached in small groups by trainers during a production process punctuated by collective evaluation and reframing workshops.

The project also aims to promote greater participation of women in governance processes by giving them a greater voice through the media. The Association of Women in Media (AFEM) is a partner in the project. They will organise workshops to sensitise the managers of partner radio stations to improve the place of women in their media content and structures. AFEM will monitor the programmes and award a prize for the best thematic production for the representation of women.

Funded by the Swiss cooperation, this two-year project was officially launched on Friday 9 April 2021 in the presence of the Provincial Minister of Communication, representing the Governor of South Kivu Province, with the participation of the BUCO (Swiss Cooperation Office), and local partners. "The provincial government hopes that this project will allow a stronger articulation between the media, civil society organisations and other stakeholders, for a joint approach to civic education, promotion of democratic values and peace building", said the Minister, Claude Swedi, at the ceremony.