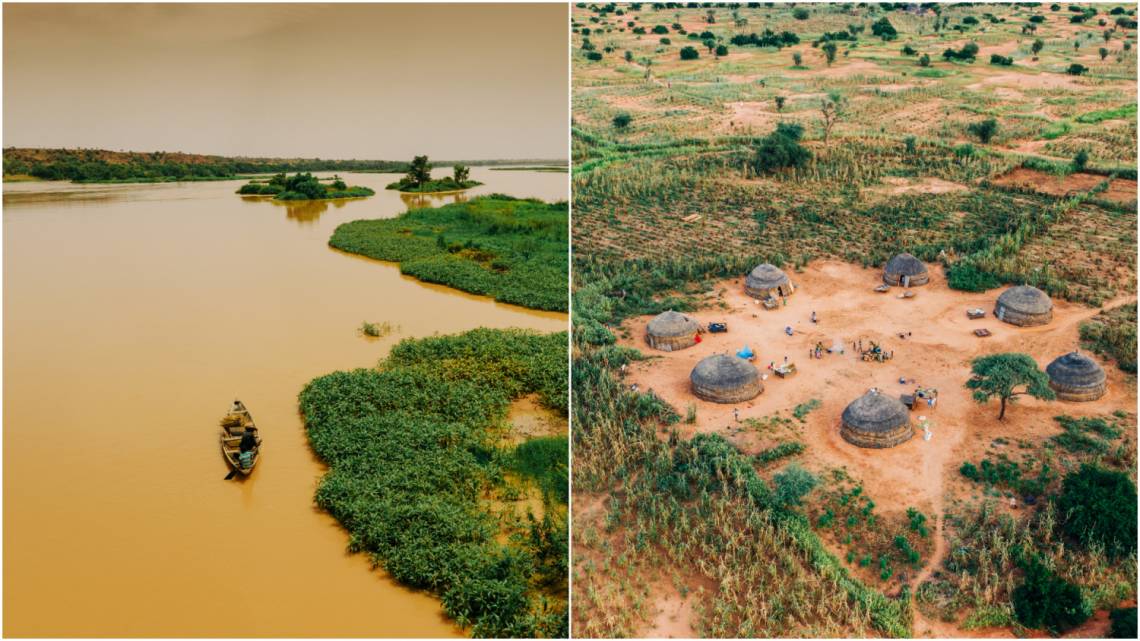 Adaptation to climate change in the Sahel: our new Mali-Niger-Burkina co-productions

Fondation Hirondelle's three radio and multimedia programmes in the Sahel, Studio Tamani in Mali, Studio Kalangou in Niger and Studio Yafa in Burkina Faso, began coordinated production of news programmes and talk-shows on climate change, its many effects, and local initiatives to adapt to it.

Climate change is increasingly affecting the populations of Sahelian countries through poor rainfall, rising temperatures, droughts and the advance of the desert. The direct and indirect consequences of these changes include a sharp drop in agropastoral production and productivity, leading to growing food insecurity, conflicts over access to natural resources, particularly agro-pastoral conflicts, as well as increased poverty and migration. The issue of climate change is therefore cross-cutting to many of the problems faced in Sahelian countries, and it is therefore crucial for local media to cover it in depth, to explain its causes and effects, and to create a dialogue between experts, decision-makers and populations on solutions and possibilities for adaptation.

To achieve these objectives, the three Studios started in June the production of special programmes dedicated to environmental issues, including a monthly show integrated into their youth programmes, in order to inform and mobilise them on these issues. The programme consists of a magazine followed by a forum on a specific topic, shared by the three newsrooms. In addition to the magazine and the audio forum, the newsrooms also offer video topics for broadcast on the web and social networks. The idea is to address the same issue and its consequences in each of the three countries from a youth perspective and in a multimedia format. The content focuses on the concerns, needs and expectations of young people affected by climate change, and to provide answers, on the one hand by popularising research and scientific advances, and on the other hand by promoting solutions, innovations and local initiatives. In this way, the information work carried out by the three Studios can enable citizens to make their voices heard and increase their understanding and resilience to the climate phenomena that affect them.

The first productions were produced and broadcast on 5 June, for World Environment Day. Listen for example to Studio Tamani's special youth programme "Tous au grin", dedicated to the degradation of the Niger River, and to youth initiatives for its protection: https://www.studiotamani.org/index.php/jeunes/27043-degradation-du-fleuve-niger-des-actions-concretes-demandees-par-des-jeunes-pour-sauver-le-cours-d-eau

On 17 June, on the occasion of the World Day to Combat Desertification and Drought, Studio Kalangou devoted an online report and a magazine to the restoration of degraded land in Niger: https://www.studiokalangou.org/index.php/articles/14440-niger-recupere-terres-degradees .

To make these productions and this regional collaboration sustainable, we are looking for new partners interested in supporting this initiative.