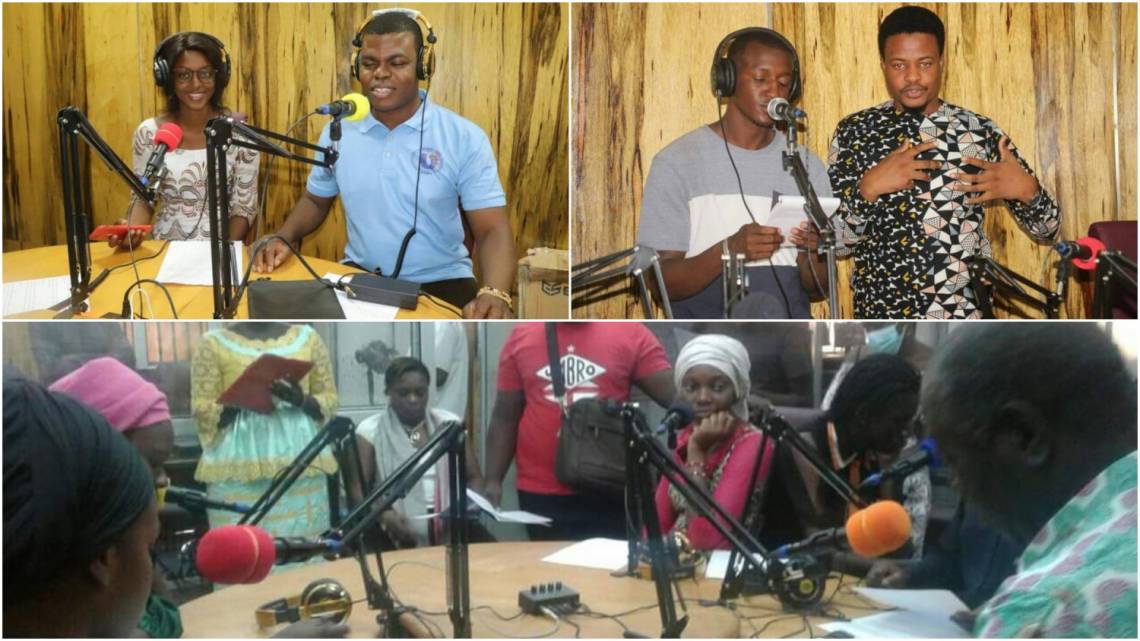 ©Fondation Hirondelle During the Studio Tamani training sessions with students from UCAO in Bamako, Mali.

In Bamako, the promises of the new Studio Tamani trainings

This summer, Fondation Hirondelle launched new training activities in Bamako for journalism students in Mali, in partnership with UCAO (Catholic University of West Africa). These training sessions are developed in addition to the implementation of Studio Tamani, the news programme created in Mali by Fondation Hirondelle in partnership with URTEL (Union of Free Radios and Televisions of Mali).

In a logic of knowledge transmission and democratization of information, Studio Tamani organized an intensive training over several days, jointly with the Catholic University of West Africa. Marked by a real success and very positive feedbacks, the operation will be renewed. The theme of this session was the anticipation, management and coverage of crises by local media. The students of the University were able to obtain practical advice and participate in debates, which effectively complements the theoretical teachings received during their studies.

The workshops were intended to be representative, to give everyone an equal opportunity to express their opinions. The intensive session was attended by 18 UCAO students, 11 of whom were women. The session specifically devoted to crisis management was attended by 25 people, including 7 women. This inclusive, skills-based approach is a cardinal value at the heart of the Fondation Hirondelle project and its media.

After a few days used to review the main principles of journalism and recall the basics, the session entered a practical phase of radio production: each day, revisiting the editorial chain with an editorial conference, the production of a 10-minute newscast, a five-minute magazine. Each day ended with a listening session and critiques.

The seminar-workshop on local crisis management through community radio was also practical. The teaching team used a case study approach. Each participant presented a crisis situation that his or her radio station had faced. The analysis of the good points as well as the blunders committed then allowed to deepen the main principles of the involvement of the media in crisis management.

This was an opportunity for the participants to ask themselves the right questions: Is all information good to disseminate? Can withholding information be relevant in times of crisis? How to fight effectively against rumours and false information? These topics were discussed at length, and the presence of experienced supervisors such as Sylvie Panika, a Central African journalist and former director of Radio Ndeke Luka, or Mossokoura Konaté, head of partnerships at Studio Tamani, was very welcome to moderate the dialogue.

But this seminar was also an opportunity for Fondation Hirondelle to enrich the partnerships of its programme, Studio Tamani, to further develop its local anchoring. In addition to students in the Master of Journalism program at UCAO, we were able to count on the participation of Studio Tamani's partner radio stations in the District of Bamako, as well as correspondents from national and local radio and television media. The diversity of profiles allowed the confrontation of ideas and the collaborative emergence of interesting conclusions.

To ensure the lasting benefits of this operation for the participants, a precise follow-up was set up. The conclusions of each working group on its case study were kept. In addition, students were asked to give feedback on the seminar through a form. This should make it possible to offer an even more adapted and relevant training for the next sessions.

Finally, a certificate was given to each of the participants, testifying to their attendance throughout the sessions, and their investment in the research of a journalistic approach.

For their part, the course supervisors detected "a lot of potential" in the apprentice reporters, hoping that some of the great journalists of tomorrow are hiding among them. They had been carefully selected: to have the chance to participate, "you have to be among the best" said an organizer.

As for the participants, they believe they have better understood "the role of radio in social cohesion" and therefore in the understanding of conflicts.