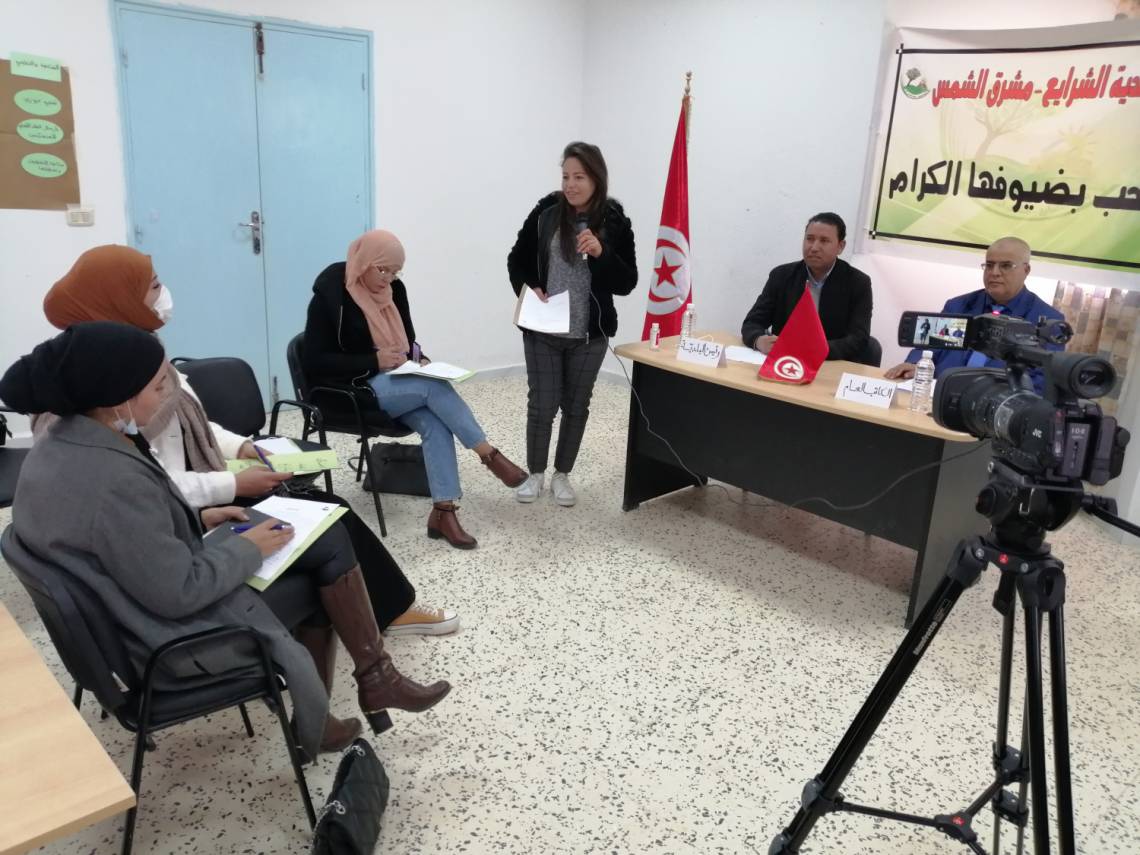 To strengthen relations between municipalities and the media in five Tunisian governorates, in order to provide better information to the population, Fondation Hirondelle has just completed a cycle of media training for local officials and elected representatives.

A few months after organizing a training session for local journalists in Tunisia, the PACT program (Active Participation of Tunisian Citizens) continues and diversifies its support for access to reliable and independent information. Implemented under the aegis of the Danish organization NIRAS, PACT aims to strengthen the decentralization process through direct support to a truly co-constructed and accountable local governance. It is a project of the Swiss Cooperation (SDC) in Tunisia.

From January to March 2022, seven "media-training" workshops were organized by Asma Ben Garga, a Tunisian expert mandated by Fondation Hirondelle, bringing together mayors, general secretaries and municipal councillors from the country's interior municipalities. The aim of the exercise was to give them the keys to structuring their relations with the media, in particular by enabling them to understand the expectations and constraints of the journalist's profession and thus enable them to adapt their operating methods.

Drafting a press release or statements for the media, answering interviews or organizing press conferences, improving digital communication... Theoretical presentations alternated with practical situations. Local journalists also participated in the training workshops. This was an opportunity to exchange with the political leaders involved on the existing problems, as well as to feed the reflection on solutions and working methods allowing a better collaboration.