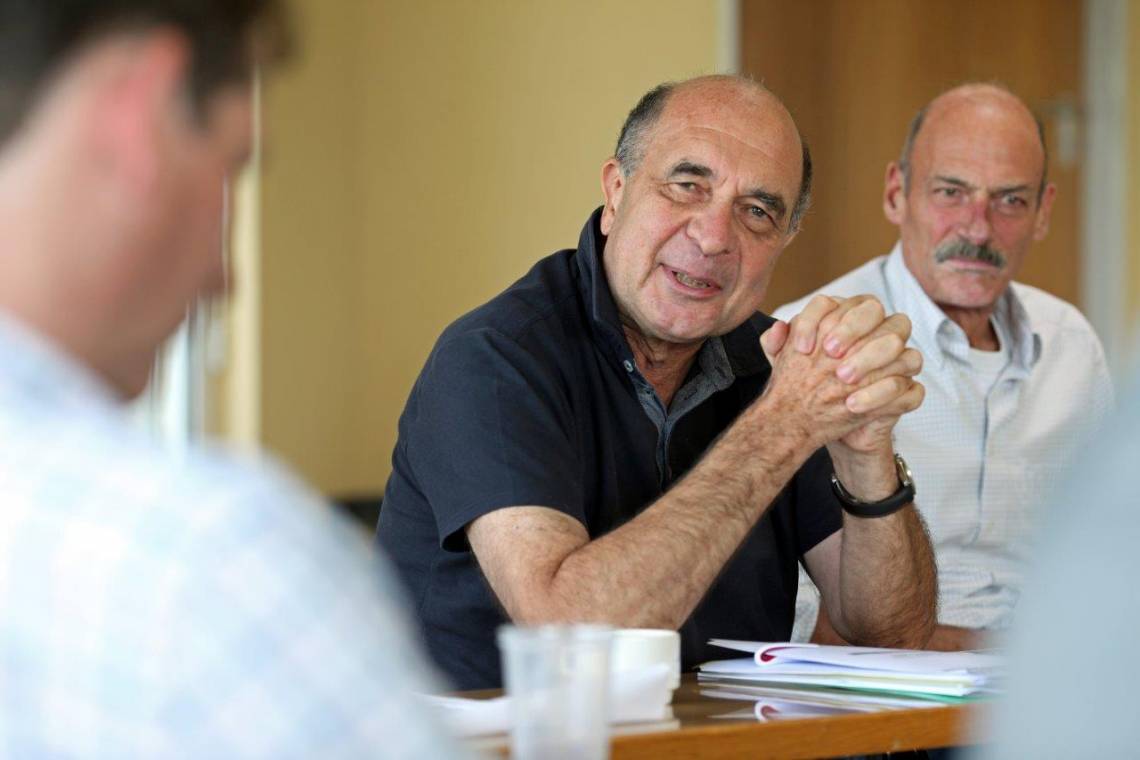 "Giving voice to all": our farewell interview with JusticeInfo.net's Editor-in-Chief

After having ensured since 2015 the launching and editorial development of JusticeInfo.net, Fondation Hirondelle's news website on justice and reconciliation processes, François Sergent has handed over in July 2018 the position of Editor-in-Chief to a new team, more oriented towards the digital. Our interview reviewes this editorial adventure, with a journalist passionate about his job.

François Sergent, after a rich career as a journalist and editor in France, especially in the daily newspaper Libération, you joined Fondation Hirondelle in June 2015 to ensure the editorial management of JusticeInfo.net in its launching and development phase. What motivated you at the time in the Justice Info project?

It was in January 2015 that I joined Fondation Hirondelle even though the website was only put online in June 2015. I knew Fondation Hirondelle, some of its leaders and members like Romaine Jean, Serge Michel, Jean-Marie Etter and we shared the same ethical and professional values, a real concern for journalistic rigor and balance and the defense of human rights and justice. The idea of ​​launching a website ex nihilo seemed to me a real challenge with the support of the Foundation, and its teams.

After 3 years, what is your view on the implementation of the Justice Info media project? Which moments or particular productions do you keep in mind ?

The beginnings were difficult. We had underestimated the technical and editorial difficulties to launch such a website. The funding was below our expectations. It was necessary to create from scratch a bilingual media, make it known and disseminate it at best. These challenges were editorial but also concerned the appropriation of the project. The difficulty was also to have a quality team but split between Lausanne, Geneva, Paris, Tunis, Kampala... Which makes it more difficult for editorial management. The vital exchanges for a newsroom are not always easy to implement through Skype, What's app or by email.

I would highlight our production in Tunisia where there was a really favorable conjunction: an important moment for transitional justice in this country, the only survivor of the Arab Spring and a very professional correspondent, Olfa Belhassine. The seminar we held in June 2018 on transitional justice in Tunis with the University of Warwick testifies of this anchoring. We have also done a very good coverage of a forgotten or neglected country like Gambia. Mali where transition is difficult and where the Foundation is present is well covered. The ICC that Stéphanie Maupas knows so well and who knows how to explain its sometimes opaque activities has been covered as well. I would also mention Pierre Hazan who gave a real academic and journalistic base to our site. And also Ephrem Rugiririza, our rigorous editor-in-chief for Africa and Julia Crawford who made us exist in English.

What do you think are the editorial and journalistic challenges to ensure the quality of information offered by a media outlet like JusticeInfo.net?

Transitional justice is a passionate subject because it deals with justice, often antagonistic memories, the transformation of societies and the challenges of living together. It is a subject that divides, which is understandable. The main division is between those who put forward peace at any price and those who put justice first. I think this contradiction is artificial, but we must take into account these sensitivities. Especially since transitional and international justice seems an imported and imposed instrument of the West, which is not always wrong especially in Africa; but this situation also serves as an excuse or pretext in some countries to escape justice and the rule of law. We must navigate between these pitfalls, give the floor to all, defense and victims, practitioners of transitional justice, lawyers or academics but also to NGOs and directly impacted populations. This may be a challenge but is also a goal that falls within the basic missions of Fondation Hirondelle.