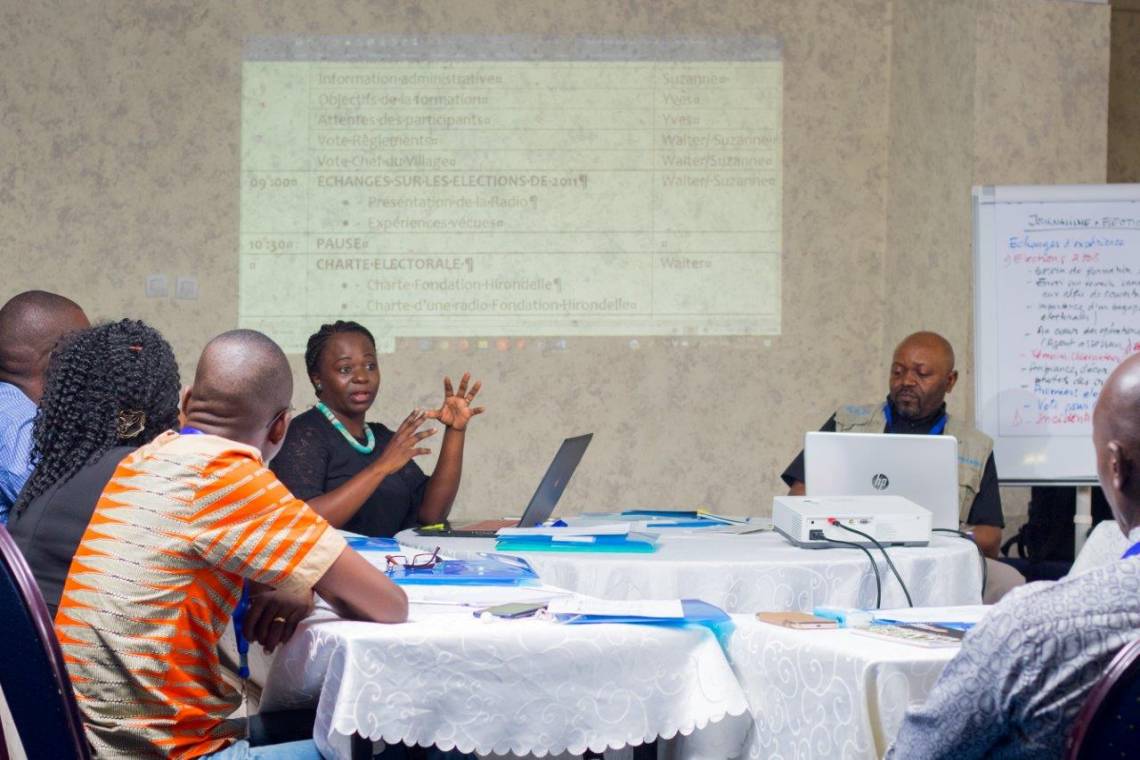 "Journalism and Elections" training at Studio Hirondelle-DRC in Kinshasa

Ten journalists from several Congolese provinces received a training about "Journalism & elections" at Studio Hirondelle-RDC in Kinshasa from 6 to 10 September 2018. This workshop was organized as part of the Citizen Media Program for Public Life (MCVP) implemented by Fondation Hirondelle in the Democratic Republic of Congo.

The trainers were Suzanne Nzobo, Editor-in-chief of Studio Hirondelle-RDC and Walter Mulondi, editorial advisor. A total of ten journalists, including three women, participated in this training. They came from the cities of Mbandaka, Kenge, Gemena, Matadi, Mbanza-Ngungu, Boma, Bandundun, Kikwit, Bikoro and Kinshasa. The topics covered were: Independence, Probity, Corruption, Connivence | The electoral threshold | Coverage of the electoral process | Balance of speaking time | Elections and social networks - the risks | Election Charter | Charter of a radio ...

The Kinshasa training is part of a series that continues by the end of September simultaneously in Goma and Mbuji Mayi with the participation of 20 journalists. These workshops are part of the "Youth and Elections" activities funded by DFID (British Cooperation), as part of the MCVP program.

Irène Mboma, a journalist from Bandundu FM radio, participated in this training. She gives an example of something she learned during this session: "Before attending this training, I did not know about the law on the electoral threshold, now I know what it is and I know how it is calculated. I think I am now able to explain it to our listeners. "