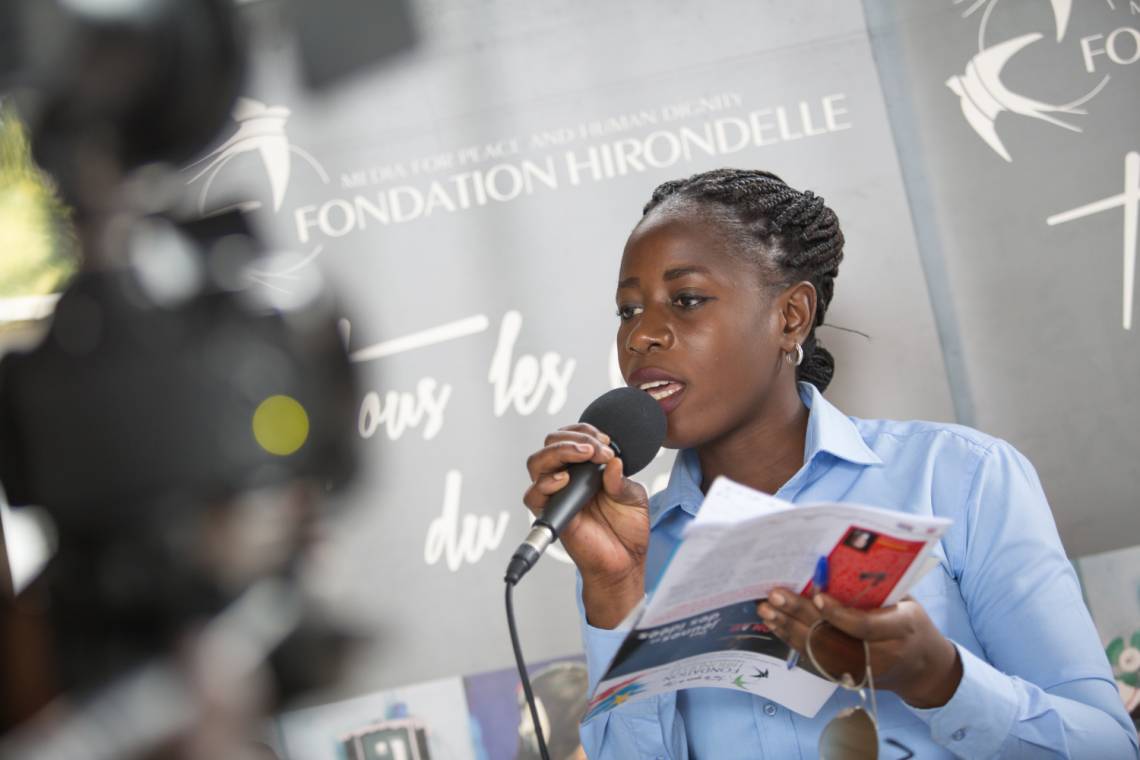 Forty-four women community radio journalists from twenty provinces of the DRC have been trained by Studio Hirondelle-RDC to cover municipal, urban and local elections.

Each session brought together eleven women journalists who learned basic concepts as wells as the code of ethics of journalism, radio writing, interview techniques, municipal, urban and local election concepts and media coverage of the elections.

Concepts that add value according to Nicole Etete, from Amani Radio in Kisangani: "Before I came here (to the workshop), I didn't know how to calculate the electoral threshold and I avoided the debate on this issue. Now I am able to organize programs on this subject.... »

For Carmel Johnson Nyembo of the Fungurume community radio, thanks to this training, she now knows how to identify behaviour that is contrary to the ethical code of journalism: "I will no longer wear T-shirts bearing the effigy of election candidates, because it is contrary to journalistic standards".

The trained women journalists are now joining the network of correspondents of Studio Hirondelle-RDC in the implementation of the "Women and Elections" project funded by the Kingdom of the Netherlands.