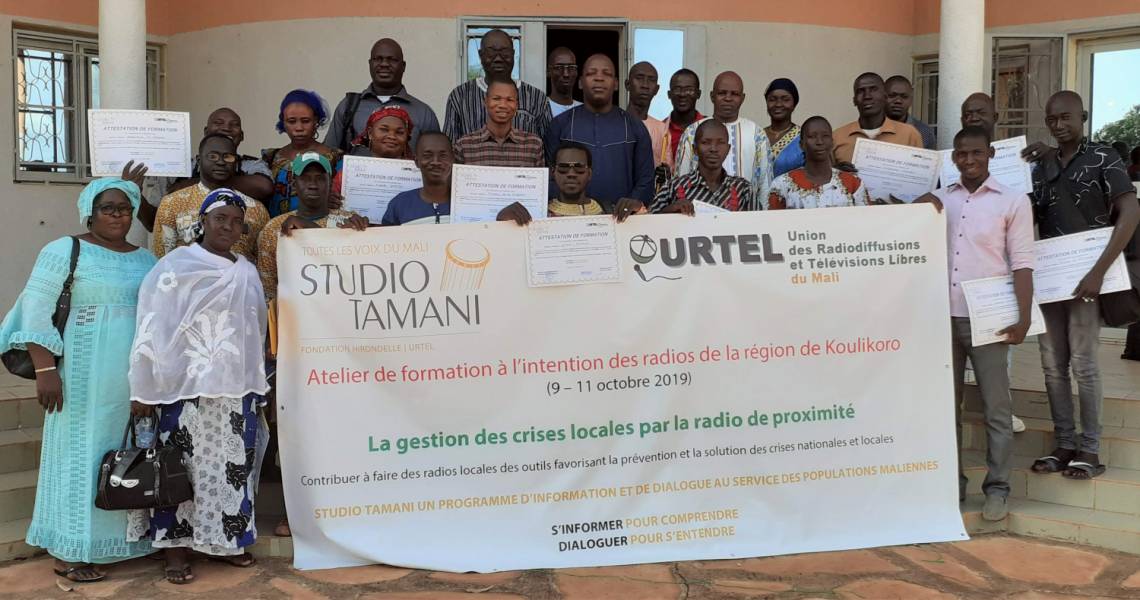 Mali: radio stations trained to prevent the escalation of violence

In the Kulikoro area, the training gathered about twenty programming and station managers from Malian radio stations for three days of practical workshops. Each participant presented a case study from his experience during a conflict. The analyses proposed during this training aimed to identify the good and bad reflexes of the media in times of crisis, and to propose a media action plan supporting dialogue and pacifism between the warring populations.

During this training, participants also worked on the role and issues of the media as an essential source of information for the population facing conflicts. This extensive reflection on journalism was also intended to provide keys factors for analysis and understanding to professionals engaged in the field.