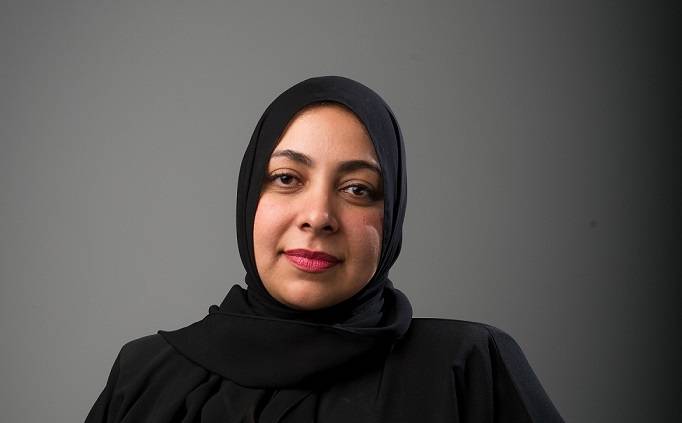 South African journalist Khadija Patel is Head of Programmes at IFPIM, a global fund dedicated to supporting independent news media. She tells is about the problems and solutions for media sustainability in low- and middle-income countries. This interview was published in “Mediation” No.9, available above.

You have a significant career in digital and traditional media in South Africa. Could you tell us about the economic situation of news media in this country?

Khadija Patel: My career indeed embraced the democratic potential of digital media and digital technology in South Africa. In the 2010s I was a reporter in various digital news start-ups such as The Daily Vox – the news start-up I founded in 2014 - and The Daily Maverick. For years, I could experience the considerable opportunities to create new publications and publish quality journalism stories for cheap through digital media. Then I was approached to become editor-in-chief of weekly newspaper The Mail&Guardian, which also has an online edition. The Mail&Guardian is one of the most important news media in South Africa, important also for the safeguard of our democracy. Remember that it is one of the media that investigated state capture by former president Jacob Zuma, its corruption and nepotism.  Mr Zuma then had to resign after nine years of presidency in February 2018.

All these experiences of running a newsroom in digital and traditional media in turbulent times also taught me the limitations of digital technology when it comes to journalism -- for economic reasons mostly. At the beginning of the 2010s, and still much more in the last three to four years, the business model mainly based on advertisement for most digital news media has become unsustainable, because advertising revenues do not go to media any more: they go to platforms, search engines or social networks that have a bigger reach. The consequence has been the development of a journalism to chase clicks, and the the average quality of journalism has declined. Today in South Africa, we are in a situation where the amount of quality news that is being produced is not sufficient to understand what is happening around us. And it is not only in South Africa. With the pandemic, the global loss in revenue of news media is estimated at US$ 30 billion in 2020, according the Reuters Institute for the Study of Journalism. When independent media is so much weakened, this has strong and negative impact on people’s participation in democratic institutions.

This situation has indeed been observed in many countries. But while advertising revenues were declining, the subscription model was often rising for digital news media. Did it not happen in South Africa?

Yes it happened somewhat. The Daily Maverick and The Mail&Guardian are even among the successful stories of media membership in the world, together with the Guardian in UK. But in low- and middle-income countries, most people simply cannot afford to pay a monthly subscription. And even in high-income countries, in the US for instance, people hardly have more than one media subscription. Thus we face an economic divide in the access to quality journalism. The good news is behind a paywall and the general public is being fed with rubbish that is outside the paywall. Not only do we not have enough quality stories produced, but also they do not reach enough readers.

But it is not just a divide in readers. It is also a divide in providers of news, for news media business has become unsustainable. Only very rich or powerful people have the means to own, produce and transmit news nowadays. In the end, with this double divide, we are close to a situation where only very rich people can provide quality news to quite rich readers. And it is a huge problem, because we need everybody, we need all humanity to face global tremendous challenges such as rising conflicts or climate change. The main question is how to ensure, now and in the long run, that the whole population has access to quality journalism -- as well as how to make it possible and sustainable economically. Quality journalism tends to tell the truth. And truth is a value we vitally need, and that we have to preserve it for future generations.

You are the Head of Programmes at the International Fund for Public Interest Media (IFPIM). Is this fund an attempt to meet these challenges?

Yes. Given the situation of news media in South Africa – in other low or middle-income countries like Central African Republic or Mexico it is even worse because journalists can simply be killed --, I decided to join the IFPIM. Co-chaired by Nobel Peace Prize winning Philippines journalist Maria Ressa, this fund brings together journalists, media development organisations, academics and philanthropy funders, to support courageous investigative journalism, sustain independent media – especially in low and middle-income regions – and build innovative business models so that media can work for democracy.

We work in three directions. First, we try to raise money, because many independent news media just need to survive at the present moment. We launched our first open call last 3 May, World Press Freedom Day, with an objective to raise up to US$ 80 million by the end of the year, thanks to donors such as governments (USA, Sweden, Taiwan etc.) but also technology companies. This money will help fund news media or media NGOs in 17 low and middle-income countries in Africa, Latin America, Asia, the Arab world and Eastern Europe. Second, we want to share knowledge and experiences: if an economic model works in Niger, it may also work in Nicaragua, for example, and that’s why we warmly welcome the experiences of partners like Fondation Hirondelle. This will help us to learn and shift our news media programmes if needed. Third, we want to help design political solutions to make quality journalism sustainable. For IFPIM it is not a permanent solution. It is only a 10-15 year action, at most, to bridge a gap. Long-term policy solutions might be taxation of companies – why not technology companies that currently take huge benefits from media publishing? It might be public subsidies. It might be a hybrid model that will take time to be conceived and implemented. Our purpose, finally, is to help governments secure the sustainability of media through regulation and law.