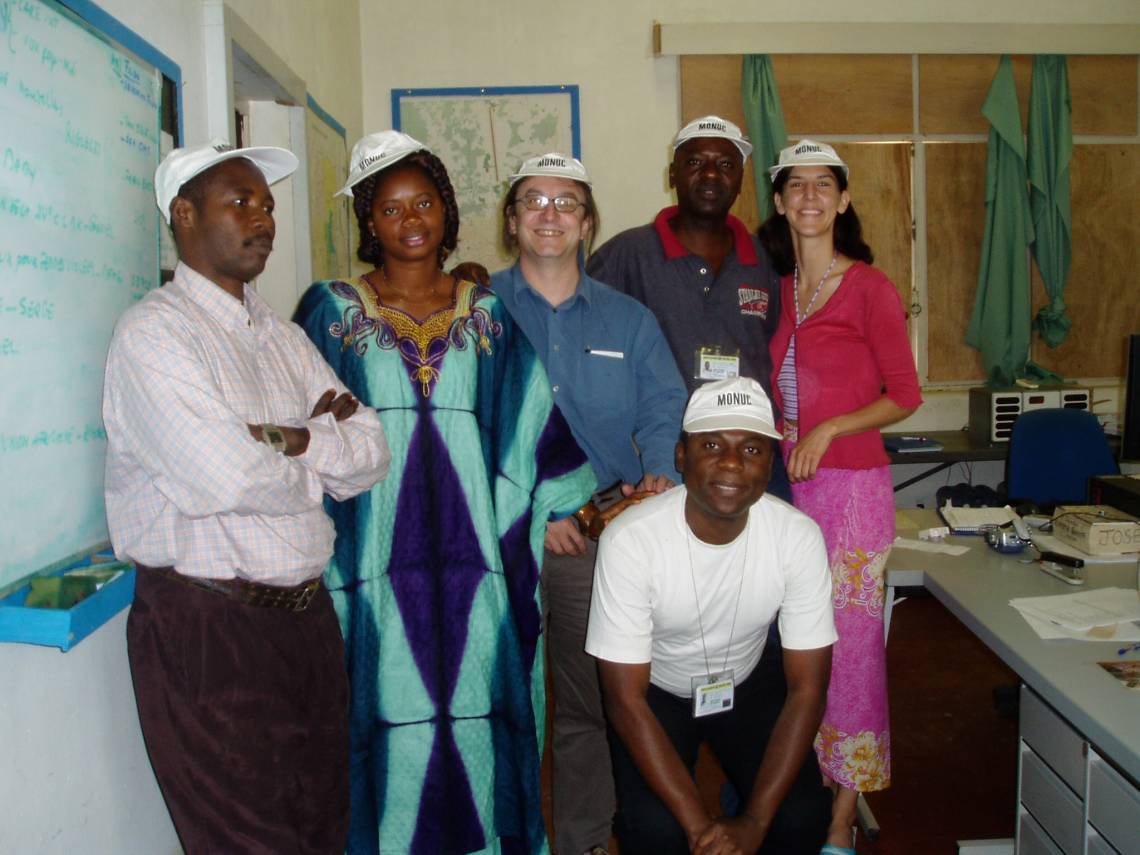 In her new book "Radio Okapi Kindu", Jennifer Bakody tells the story of her work with the Radio Okapi team in Kindu in 2004, at a crucial time in Congolese history just before the country’s first democratic elections. A powerful true story of journalists committed to delivering reliable news that makes a difference in the lives of a population confronted with multiple crises. Our interview with Jennifer Bakody :

What made a young Western journalist like you want to take on an assignment like this with Radio Okapi, in the heart of the Congolese jungle?

At the time I had been working in Paris with Radio France Internationale, which tends to cover a lot of news from Africa. So I was aware of the overall political situation in the Democratic Republic of Congo. And I had a sense – albeit an abstract one! – of the challenges that journalists on the ground must have been facing in reporting on the unfolding peace process. I could see the stakes were high; and that if the country was going to hold the elections it planned, people had to have access to the kind of neutral, pluralistic and fact-based information that only Radio Okapi was providing. I believed in the project's mandate and wanted to contribute.

Did your experience with Radio Okapi change how you see the role that journalism plays in society ? If yes, how so?

Radio Okapi is a clear example – on a scale never seen before or since – of how "the fourth estate" can contribute to a political reconciliation process. I am convinced Radio Okapi helped to unite the Congo, which was no easy feat given the size of the country and the extent to which the civil war had damaged its infrastructure. It seems to me that radio has a universal quality to it. The information comes to us through the human voice, without distraction; it is both immediate and intimate. And very quickly, when coming from a trusted, unbiased and transparent source like Radio Okapi, trust develops – much like friendship.

You were managing Radio Okapi in Kindu, in the eastern part of the DRC in 2004, as the country was preparing for this daunting task of holdings its first free and fair elections (which eventually took place in 2006). Could you give us some clear, concrete examples of how Radio Okapi helped the country and the electorate achieve this goal?

I could write a whole book on the subject! Two examples, however, stand out. One was when the transitional government’s provincial representatives arrived in Kindu, an event the journalists obviously covered extensively. But more than that, Radio Okapi Kindu’s reporters interviewed the new governor on his priorities and put people’s concerns to him, which allowed for a public record of expectations and promises made. The events that have become known as the Bukavu crisis is another good example: with the army’s reunification in jeopardy over protracted fighting by former factions in South Kivu province, Radio Okapi provided people in Kindu with timely and clearly-sourced facts on the events happening just next door, while Radio Okapi journalists in Kindu informed the country on how these same events were affecting Kindu.

Your book provides detailed descriptions of how things worked at Radio Okapi Kindu at the time, including the way the journalists in Kindu worked with each other, with the central editorial team in Kinshasa, and with their UN colleagues in the field. What struck you the most about this set-up?

Above all else, I was thoroughly impressed by how all these elements were able to come together, despite the vast distances and differences in perspective that each region, each entity had. I feel Radio Okapi’s strong editorial line kept it all together – a bit like when you read a national newspaper or magazine and you get the sense that one single journalist wrote every story. It speaks to the incredible effort and professionalism seen in such a short time. So the cohesion of the project itself certainly lay the foundation for Radio Okapi’s success. But at the same time I saw firsthand how the journalists worked – their pride and rigour, their ingenuity – and without their bravery and their passion for the free press, no amount of planning, even as meticulous as it was in this case, could ever account for what the Okapis have achieved.

What do you think is the one key lesson that Western audiences can take away from your book?

For me, Radio Okapi is the anti "fake-news" – proof that when operating under professional standards with the proper resources, journalism adds to the health and growth of our societies.