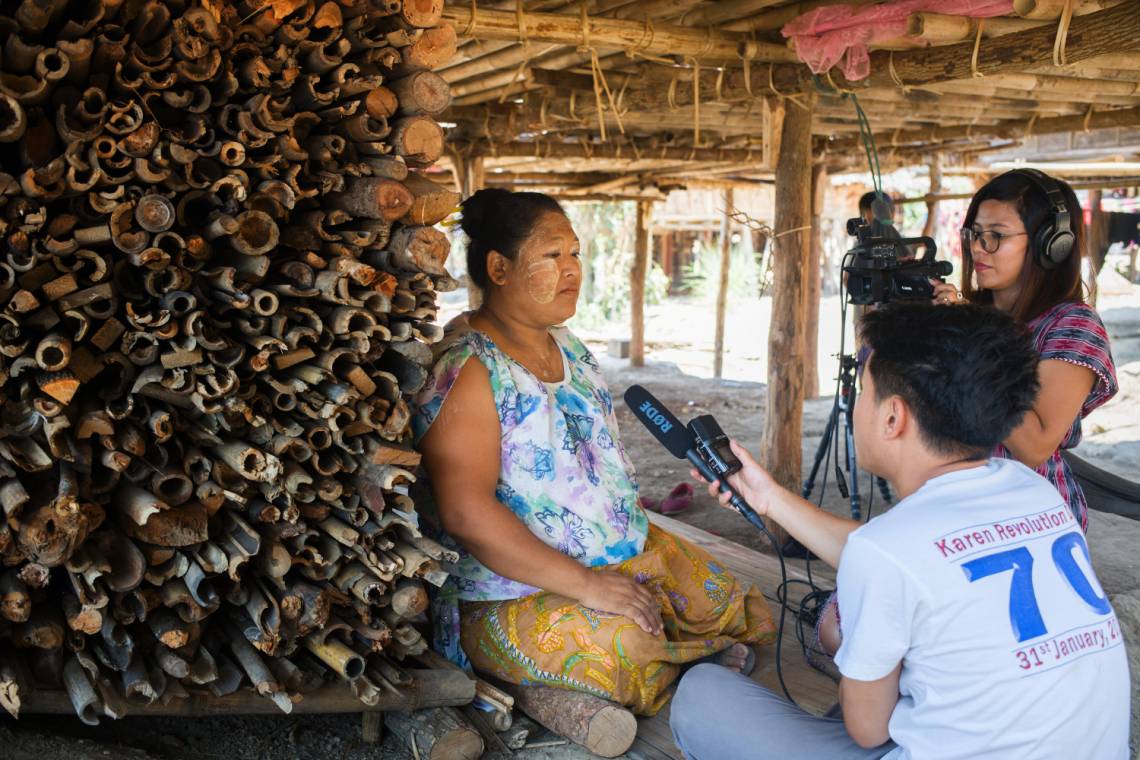 Media under siege in Myanmar

On the occasion of the 26th edition of World Press Freedom Day, May 3rd, we have been featured in the Swiss newspaper Le Courier, with this article by Oliver Slow, our Editorial Advisor in Myanmar, who discusses the challenges of journalism in a fragile democratic context.

Late last month, Wa Lone and Kyaw Soe Oo, the two Reuters journalists who last year were sentenced to seven years in prison in Myanmar, lost their final appeal at the country’s Supreme Court. At the time of their arrest, in December 2017, they were investigating the military’s brutal crackdown on the Rohingya minority in northern Rakhine State.

The case has attracted international condemnation, and is the most high-profile example of a deterioration of press freedom in Myanmar, seven years after reforms began that were lauded as a significant improvement for the country’s fourth estate. But many other incidents have occurred across Myanmar in recent months, highlighting how challenging the situation is for reporters working here.

Two recent example that targeted two of our local media partners: , in February, two reporters working in Kachin State, in Myanmar’s north, were detained and allegedly assaulted by staff from a local company working in the local area that they were investigated for human rights abuses. In the far south, an editor was fined over a satirical article about a government official who has since been arrested on corruption charges.

There have been many other examples, and the situation grew even more ominous last week, when the Myanmar military said it was planning to sue local outlet The Irrawaddy for defamation for an article it wrote about current fighting in Rakhine State.

As we celebrate World Press Freedom Day on May 3, it’s fair to say that press freedom in Myanmar is not in good health. The pressure that journalists face here are unfortunately representative of all forms of censorship, threats and violence on the part of authorities, the military and private sector, which our profession faces, here as elsewhere.

The situation is particularly challenging for journalists and news outlets operating away from the major cities, where attacks, threats and the struggles they face rarely make it into the mainstream media. As one journalist working in rural Myanmar told me recently: “I worry about being arrested every day. Every time my phone rings, I panic.”

As Myanmar moves towards a crucial general election in 2020, the role that these institutions play will prove even more important in keeping the public informed about crucial issues, whether related to corruption, environmental concerns or ethnic and religious tensions, and many other topics in between.

But they are operating under incredibly difficult circumstances, and face constant threats and concerns as well as financial challenges.. The reasons for these financial struggles vary, from limited readership and advertising options, to high distribution costs. As Myanmar’s population becomes increasingly digitised, many outlets are altering their financial models accordingly, but like their counterparts around the world, are facing issues due to the dominance of global online giants.

There is also the issue caused by the presence of state media. When the National League for Democracy came to power in 2016, it surprised many by announcing that it would maintain state-owned media, which has faced considerable criticism over the years for acting as a government mouthpiece. There are five print dailies in Myanmar that are government- or military-owned, and they hinder the financial performance of private outlets by using government subsidies to offer lower advertising and cover prices.

Nearly all of the media outlets operating in the country face concerns about the future, and some have expressed concern that they will not be able to continue operations in the future. Given the crucial role they play in informing their local communities, such a scenario would be a major blow to ensuring that Myanmar’s public is reliably informed, while the democratic transition remains fragile.

Oliver Slow is a British journalist based in Myanmar for the last 7 years. He is the  the Editorial Specialist for Fondation Hirondelle in the country, and supports the production of a weekly human rights-focused podcast in partnership with Frontier Myanmar, a local media.