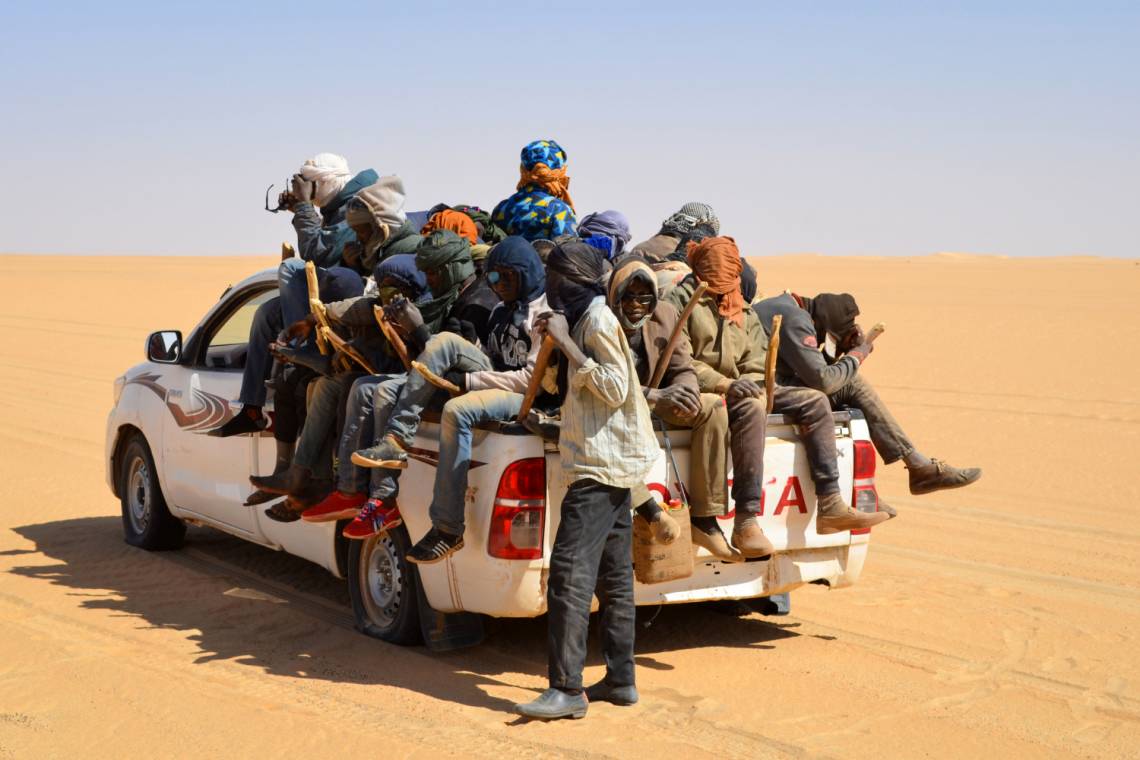 ©Soulemaine Ag Anara / AFP Migrants in the Sahel trying to cross the desert to reach Libya.

Our media in the Sahel: Special co-production on migration

Studio Tamani (Mali) and Studio Kalangou (Niger),Fondation Hirondelle's projects in the Sahel, and radio Fitila de Gao in Mali have joined forces for the first time to co-produce a dialogue programme on the theme of "Irregular migration to Europe: causes, consequences and solutions".

The two journalists of Fondation Hirondelle dealt with this cross-border phenomenon, which is highly sensitive and controversial, in a balanced and peaceful manner in the presence of local actors such as the Coordinator of the Migrants' Aid Direy Ben Association, a member of the Gao Municipal Youth Council, and a former Malian migrant. The latter answered our journalists questions and reported poignant testimonies of migrants' slogs.

This synergy between our radio stations and the technical support of a radio partner is already a success and follows collaborations between the Tamani, Kalangou and Yafa studios in Burkina Faso as part of our "youth-oriented" content distribution project launched in July 2019 in the Sahel.

Listen to the podcast