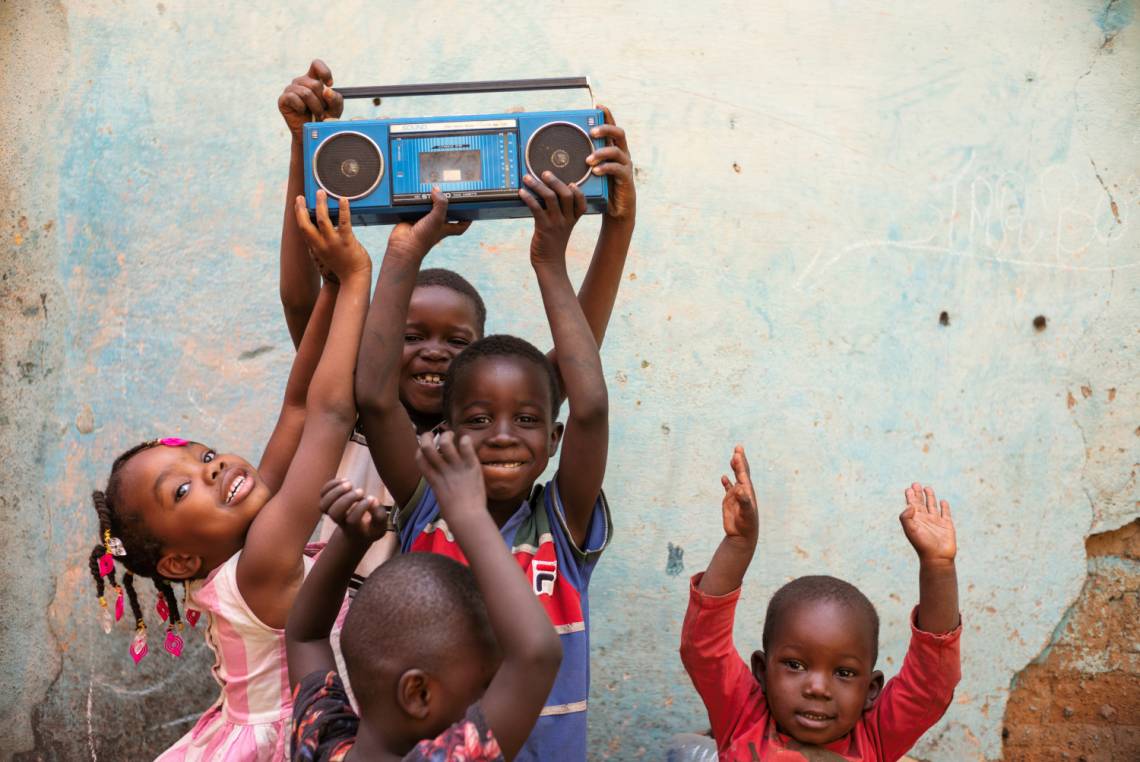 Radio in the spotlight this Sunday

Radio will be celebrated this Sunday on World Radio Day. Fondation Hirondelle's media have taken the opportunity to present and discuss their work through a series of special events.

Radio can have a magical quality. Close, even intimate because of the way it is listened to, it is sometimes difficult to imagine what goes into making a programme. Studio Kalangou in Niger has decided to provide a behind the scenes look at this for World Radio Day, by giving a voice to everyone involved in producing its programmes. Members of the Kalangou team were invited to talk about their jobs in a series of short videos. This thread takes you on a journey to meet the people who make Studio Kalangou happen, from its editor-in-chief to the digital team and translators. During the week, journalists also collected listeners' opinions on the programme.  The operation culminated in an open house on Friday.

Let's go up the Niger River now to see what's been going on at Studio Tamani in Bamako. The editorial staff decided to tell its story through a broader perspective. First, through a discussion with the president of the Union of Free Radio and Television Broadcasters of Mali (URTEL), who provided an overview of the state of radio in the country. A vox-pop was also carried out to gather people's opinions on the role that radio plays in their lives. To reveal a little of what goes on behind the scenes, reports were made about the job of an editor, the work of a producer and the technical aspects of sound production and its evolution. The Grand Dialogue programme focused on women in radio. Five professionals from the sector were brought together for a talk on the place of women in radio. The Sunday youth programme was also about the place of youth radio, and the struggle of young women to make a place for themselves in the radio world.

"Radio allows the community to be built on facts"

In Burkina Faso, Studio Yafa took the opportunity to launch its new programme schedule on Friday. An event was held bringing together all staff and correspondents as well as partners. The speakers were inspired by the theme of this year’s World Radio Day, trust, which is essential, especially in the current context. Stories from partner radios, officials and listeners were also presented, and music was provided a local children's choir. The new editor-in-chief of the Studio Yafa was also introduced, as well as the new programmes that will soon come to the airwaves.

In the Central African Republic, Radio Ndeke Luka decided to open its doors. Representatives of the European Union and Switzerland were able to visit the station to discover the daily work of the team in Bangui. The visitors were able to see how the radio works, as well as the efforts that are part of the "Stop Atènè" project to debunk and fact-check certain rumours circulating in the country. The day's programmes were also specially dedicated to this World Radio Day. An interview was conducted with Jérôme Dounia-Doté, a retired Radio Centrafrique journalist. He talks about the evolution of the profession and calls on the younger generation to take an interest in the street. Eric Marclay, Head of Cooperation at the Swiss Embassy in Cameroon and the Central African Republic, agreed to an interview. In it, he details his vision of radio, which for him is fundamental and essential. A discussion with the Ambassador of the European Union, Douglas Carpenter will also be published on Wednesday.

At Studio Sifaka in Madagascar, the entire Sunday programme was devoted to this special day. The team first gave a voice to listeners through two vox-pops. The idea was also to reflect on the situation of radio in Madagascar. Thus, a debate allowed journalists to discuss the issues of trust with a sociologist. An interview with a journalist and long-time radio owner looked at the role of this medium and its evolution. Finally, the journalists produced a magazine with the portrait of a radio presenter and the training required to become one for the occasion. On social networks, some publications were dedicated to introduce some of the roles of the radio, such as the marketing and online marketing manager, and one of the studio technicians.

The head office in Lausanne was also involved in celebrating the media in the spotlight on Sunday. Our director Caroline Vuillemin was a guest of the UN Info Geneva podcast. During the interview, she spoke about the importance of the role of radio in crisis and post-conflict zones, as well as the importance of building trust and understanding with listeners through reliable and verified information.