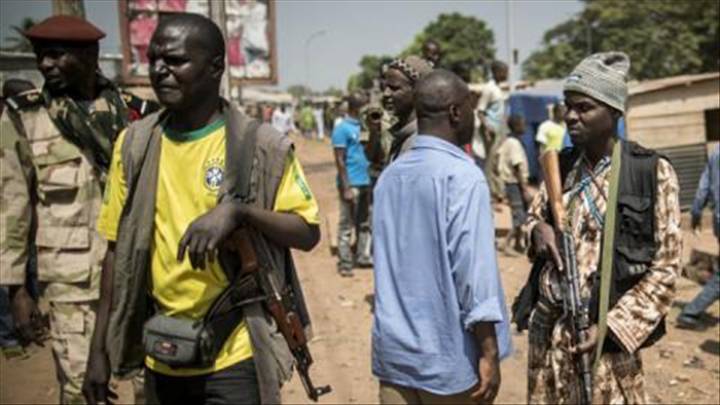 Activities slowed down this Monday in Kaga-Bandoro, the capital of Nana-Gribizi. According to local sources contacted by Radio Ndeke Luka, armed groups imposed a dead city to protest against the lifting of barriers in accordance with the Peace Agreement signed on 6 February.

The prefect of the region, Abdoulaye Mahamat, refutes this information and refers to rumours spread by malicious people.

The shops had remained closed until shortly after noon. This situation does not reassure the inhabitants, who feared that armed groups would be mobilized. According to the prefect, this situation is the result of a great prayer that mobilized many in Kaga-Bandoro. He accuses people of bad faith having fuelled this rumour.

"There is no strike nor dead city in Kaga-Bandoro but there is a major prayer session organized by the Islamic community for peace. The authorities have been invited. The merchants closed the shops to devote themselves to this prayer," hammered the administrative authority of Nana-Gribizi.

According to local sources, it was indeed a dead city day decided by the armed groups active in the area. All shops remained closed and the city was running at a slow pace. These same sources specify that armed groups wanted to protest against the decision of the Prefectural Implementation and Security Technology Committee, which called on them last Tuesday to respect the clauses of the peace agreement since Monday, August 5.

"Seven days ago, the Monitoring Advisory Committee (MAC) recommended that the barriers be removed from August 5. That's why everything in the market is closed and very early this morning, they erected barricades," insisted one Kaga-Bandoro resident under cover of anonymity. In the meantime, the prefect talks about negotiations to remove these barriers.

"It is true that the barriers are still there and we are in negotiations with the armed groups to ensure that the provisions of the peace agreement are respected," he said.

At the time of writing, the city of Kaga-Bandoro is calm but the population is eagerly awaiting the respect of this peace agreement signed between the government and armed groups.