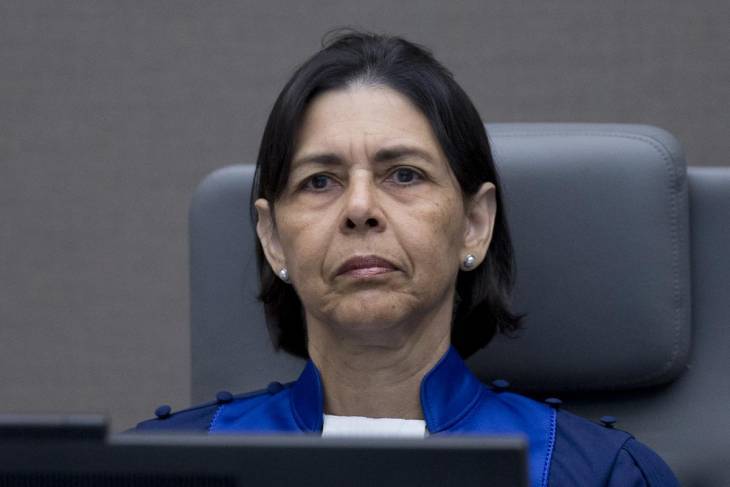 Why the ICC acquitted Laurent Gbagbo and Charles Blé Goudé

The Prosecutor of the International Criminal Court has just appealed the acquittal of Laurent Gbagbo and Charles Blé Goudé, respectively the former President of the Republic of Côte d'Ivoire and his Minister of Youth. Both men were charged with economic crimes and corruption. Back to the case with JusticeInfo.

In the three hundred pages of her dissenting opinion, Dominican judge Olga Herrera-Carbuccia took the opposite view of the majority's decision. For her, it was clear that in the case of the prosecutor Fatou Bensouda, there was "sufficient evidence, if accepted, on which a reasonable Trial Chamber could convict the accused. »

To reach this conclusion, she adopts an approach different from that of the majority; rather than verifying (and invalidating) step by step the case of the prosecutor like the two other judges, she pays particular attention to the documents and testimonies presented before the Court in order to make up her own mind. Unlike the majority and although in a brief manner, she recalls the presence of victims (through their counsel) at the trial. And in one of the first paragraphs, she decides, before addressing the merits of the case, to describe the objectives, in her view, of international justice: "Establishing the truth behind events and preventing all forms of revisionism have always been the underlying objectives of all international criminal justice systems. If we allow a president in a democratic society who refuses to step down in the aftermath of a contested election to target citizens of that society and commit crimes against humanity with impunity, we fail to comply with the values and purposes enshrined in the Rome Statute ("Statute")... and espoused by the international community. »

In her analysis, Judge Herrera-Carbuccia draws on the case law of the International Criminal Tribunal for the former Yugoslavia (ICTY). Through the Limaj judgment, she seeks to show that attacks against the civilian population are often carried out by a State. "It is States which can most easily and efficiently marshal the resources to launch an attack against a civilian population on a ‘widespread’ scale, or upon a ‘systematic" basis’”, she quotes, citing the ICTY decision. She concludes that it is not then necessary to prove that there was an "inner circle" (as in the Prosecutor's theory) operating around former Ivorian President Laurent Gbagbo and sharing the desire to keep him in power at all costs.

"In the case at hand," writes Herrera-Carbuccia, "the analysis must be centred on whether Mr Gbagbo and the State apparatus he led, which included among others his cabinet and senior FDS [Defense and Security Forces] officials, implemented a policy to attack the civilian population.” Targeting the use of mercenaries and pro-Gbagbo youth, the former university dean says that "it is important to determine whether these private elements, although not legally within the State structure, interacted with the State in the implementation of the State policy". The analysis of the evidence presented in connection with the attacks allows her to meet the above criteria in the affirmative...