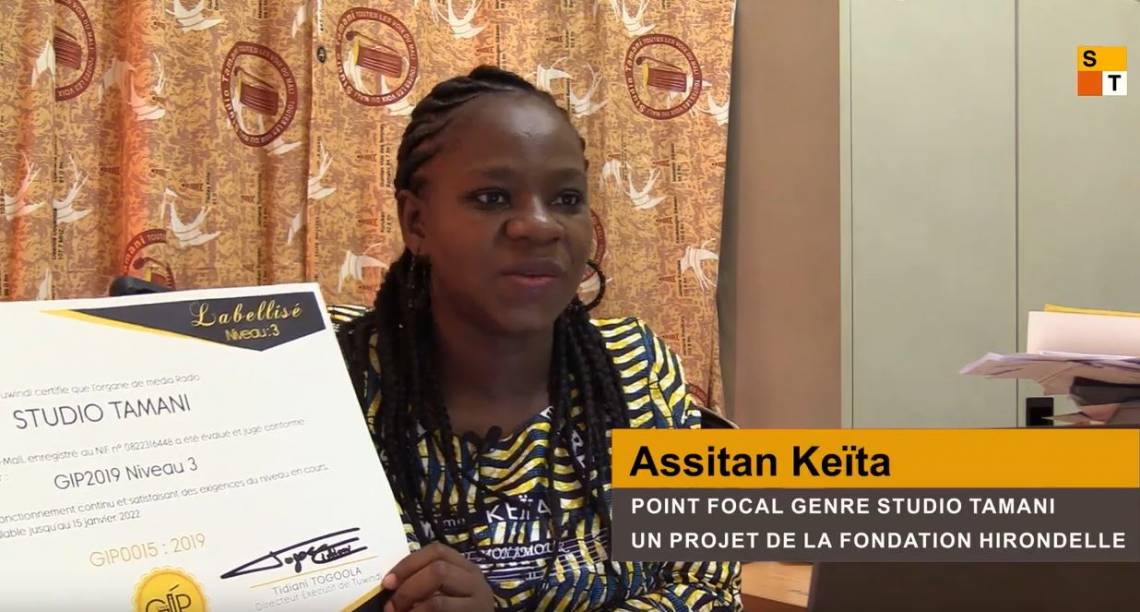 A gender label for Studio Tamani in Mali

Studio Tamani, the radio programme created and implemented by Fondation Hirondelle in Mali in partnership with URTEL (Union des radios et télévisions libre) received the Gender Label (level 3, the highest) on 16 January for its professionalism, independence and gender sensitivity. This label was awarded by the NGO Tuwindi, which oversees audits in the media field in Mali.

Obtaining this label underlines the efforts undertaken by the management and the entire team of Studio Tamani to define and apply a "gender" policy at several levels: production of radio and video programmes to give Malian women a voice and explain their rights; development of an internal action plan; commissioning of studies by independent researchers and experts on the role and impact of Studio Tamani's programmes on Malian women.