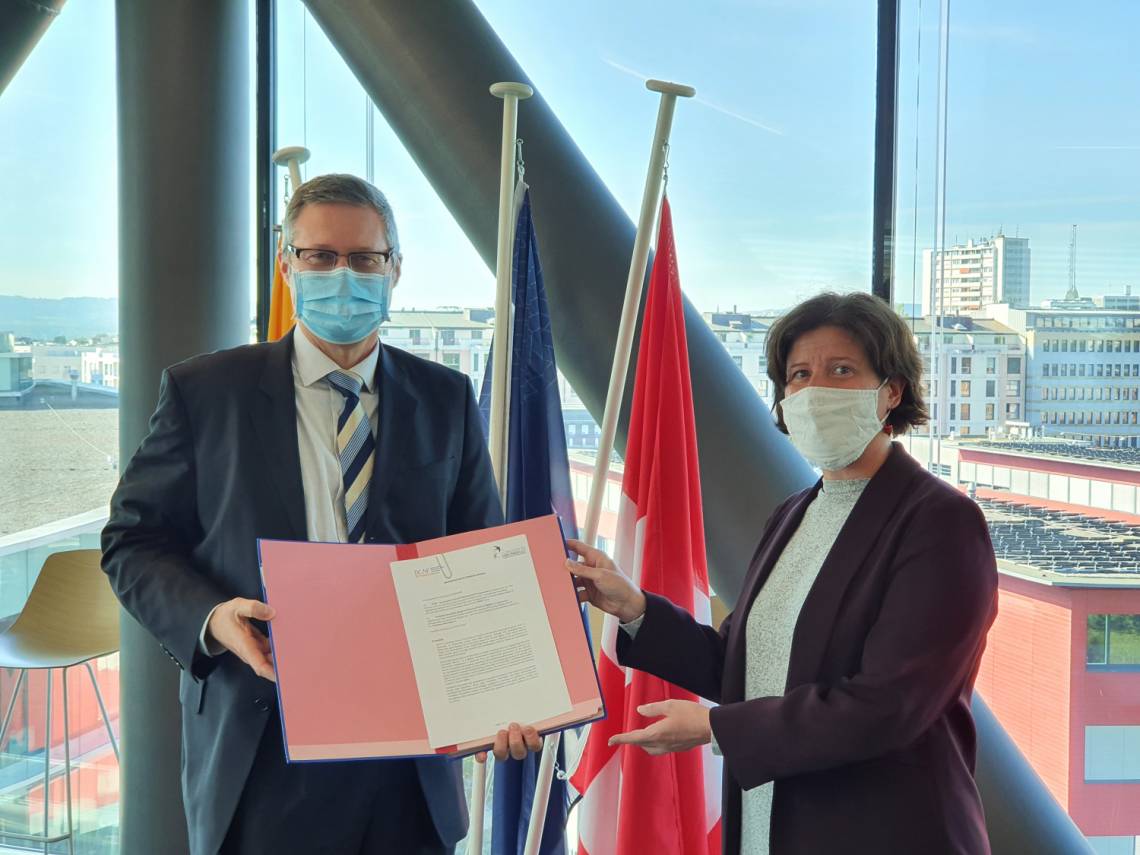 Media as intermediary between populations and security forces: our partnership with DCAF

Supporting the role of the media as intermediaries between the population and the security forces, and thus contribute to improving democratic governance in the most fragile contexts : this is the objective of the partnership signed on Thursday, October 8 in Geneva by Fondation Hirondelle with DCAF - the Center for Security Sector Governance.

The partnership agreement was signed by Ambassador Thomas Guerber, Director of DCAF, and Caroline Vuillemin, Director of Fondation Hirondelle. It will enable the two organizations to jointly implement, in the countries where they operate, training activities bringing together journalists and representatives of the security forces, to include the media dimension in training manuals on various aspects of democratic governance, and to jointly produce media programs and content for local populations.

This partnership is based on a shared vision of the key role that professional, responsible and independent media can play as intermediaries between the security forces and the population, including in contexts where the rule of law remains fragile. The freer flow of information and the organization of transparent debates between political decision-makers and their constituents on reform processes contribute to greater ownership, inclusion and confidence in these processes. The partnership also promotes the idea that each party, the security forces on one side and the media on the other, must be aware of the rights and duties of the other in order to promote the public interest.

Created by the Swiss government in 2000 in Geneva DCAF is a Foundation supported by a council of 63 member states. Its mission is to help partner states and the international actors that support them to improve the governance of their security sector through inclusive and participatory reforms based on international standards and best practices. Created in 1995 and based in Lausanne, Fondation Hirondelle supports and develops local media in order to provide information to populations facing crises, empowering them in their daily lives and as citizens. The two organizations, which are celebrating their 20th and 25th anniversaries this year, thus embody internationally the values defended by Switzerland: dialogue, inclusiveness and the search for peaceful solutions to conflicts.