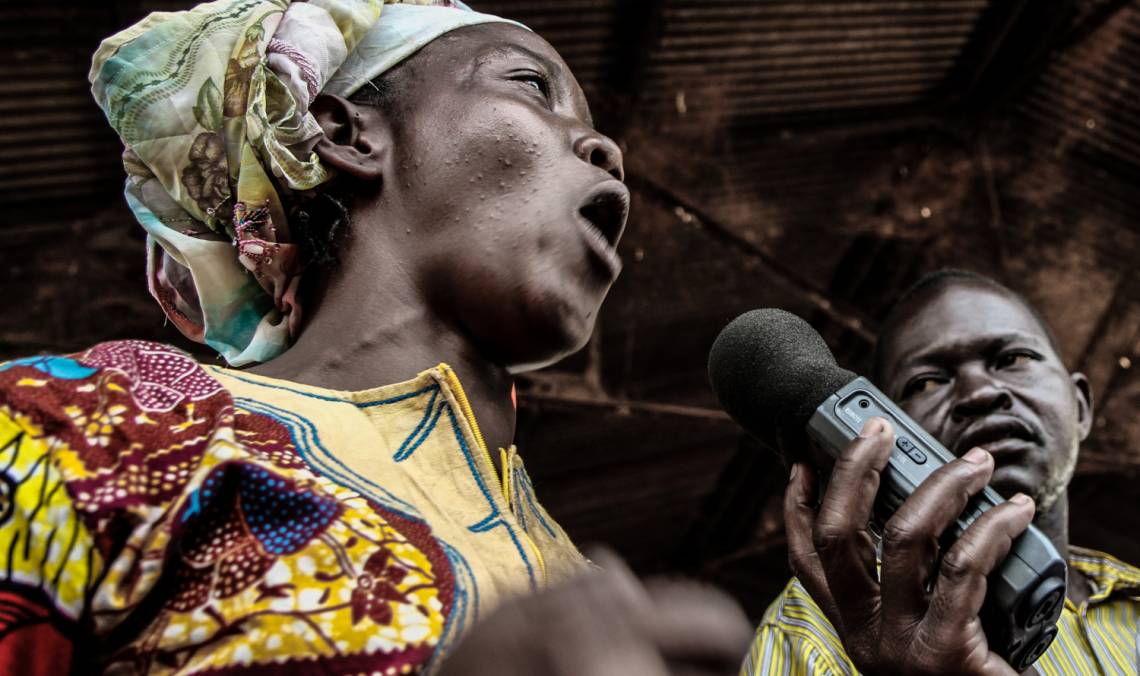 Every March 8, International Women's Day is an opportunity to celebrate and reflect on the progress made for women's rights. In the Sahel, the Central African Republic and Madagascar, Hirondelle's media report on the struggle for gender equality and highlight the stories of courageous and inspiring women.

In Mali, in a series of videos for social networks, Studio Tamani gives voice to women who struggle in their daily lives. They do not hesitate to take on traditionally male jobs. Watch these two short videos in particular:

In Niger, Studio Kalangou reports on the crucial, but often underestimated, contribution of rural women to the country's economy: https://www.studiokalangou.org/67643-apport-commerce-femmes-gaya  . Women are also numerous on the migration routes, especially in the Sahel. In a powerful video testimonial, Studio Kakangou gives voice to a migrant woman from Cameroon who decided to leave her country after her husband died :

In the Central African Republic, on the airwaves of Radio Ndeke Luka, the actors of the "Linga theater" call on the notables to give more space to women in the decision-making bodies: https://www.radiondekeluka.org/vos-emissions/linga-theatre/38277-linga-theatre-les-femmes-du-village-appelees-a-s-engager-dans-les-instances-de-decision.html  . In its morning show on Monday, March 7, Radio Ndeke Luka, the country's most listened-to media outlet, also discusses the importance of sharing more responsibilities within the couple, and organizes a discussion on this subject between two young Central African leaders: https://www.radiondekeluka.org/debats/e-le-songo/38278-journee-de-la-femme-importance-de-l-egalite-de-genre-dans-un-couple.html.

Finally, in Madagascar, the Studio Sifaka, created and supported by Fondation Hirondelle, and which targets its programs in particular to young people, takes stock of the legal situation. While the low percentages of women in government and parliament speak volumes about the road ahead to parity, the Ministry of Population and Women's Promotion is studying a draft law on gender equality. Is Madagascar heading towards the imposition of quotas? Studio Sifaka reports in a detailed article to be read here.