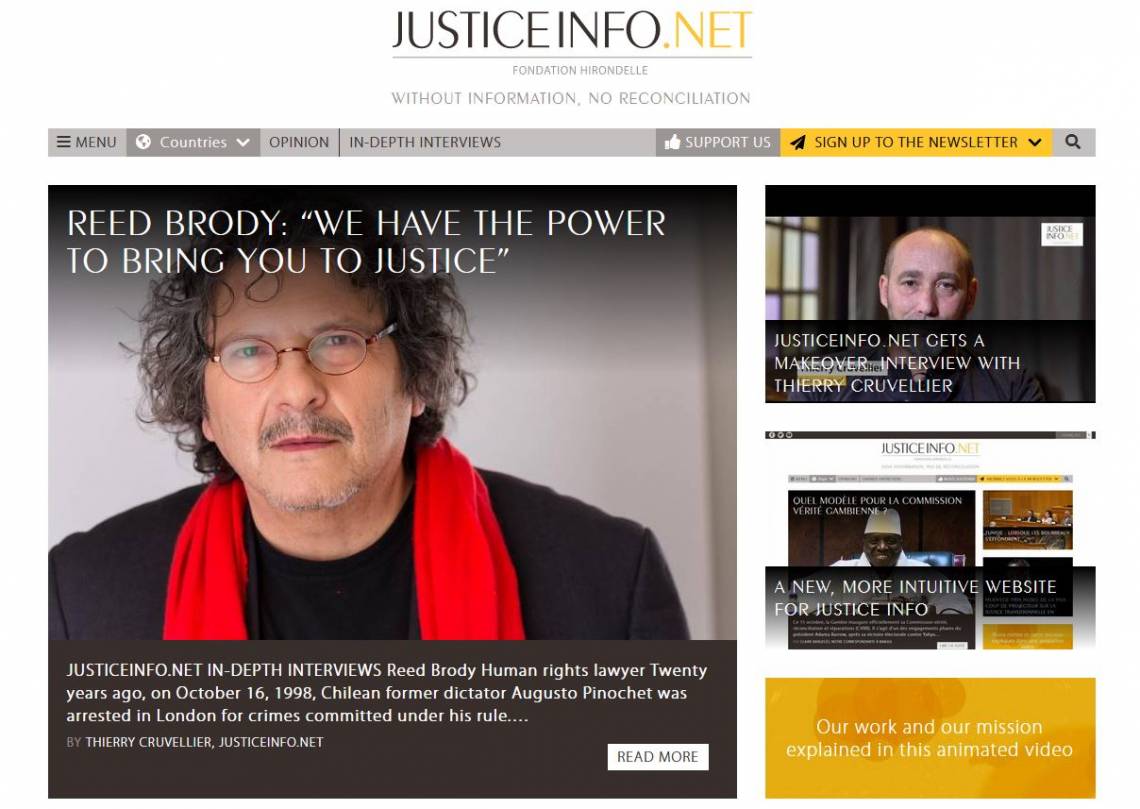 JusticeInfo.net, created by Fondation Hirondelle in 2015 to cover news about justice after mass violence, brings you a new version of its website to better inform specialists and give a voice to populations affected by these crimes.

In media circles, people often say the fate of a new media outlet is determined in the first three years. Will it be liked? Will it be interesting, reactive, and interactive with its readership? Once this period has been passed and trust established, it should be able to build and improve. This is precisely the point where JusticeInfo.net is today. After publishing some 2,500 items, JusticeInfo.net had made a name for itself among transitional justice researchers, journalists and activists, but its potential needed to be further exploited to maximize coverage, visibility and impact. With Thierry Cruvellier as the new editor of a strengthened team, we start by reaffirming our identity.

JusticeInfo.net is an independent news website covering justice related to mass violence, to promote reconciliation and fight against impunity in societies facing serious crises. What are our areas of focus? Courts, truth commissions, reparations programs, reconciliation and remembrance are all transitional justice mechanisms covered extensively by JusticeInfo.net. In recent years mass violence undermining the dignity and existence of whole communities has taken on a new dimension: deforestation and land grabbing, violence linked to migration, conflicts over water. JusticeInfo.net will also cover these cross-border issues insofar as legal or paralegal procedures with a collective dimension are under way or envisaged.

With a clearer editorial policy open to the contemporary issues of national and international justice, it was time to bring you an online experience matching our ambitions. And so we are pleased to present this revamped, more user-friendly website. More fluid, more intuitive, enriched with new sections like our In-Depth Interviews, it aims to be a real platform for information and exchange, notably through social media, with the possibility to comment and give feedback to the editorial team.

Launched in 2015 by Fondation Hirondelle, JusticeInfo has three fields of activity which feed and support each other: producing and disseminating information; training local journalists to cover these sensitive mechanisms and make them better understood; and contributing to the dialogue on justice through participation in public debates and conferences.