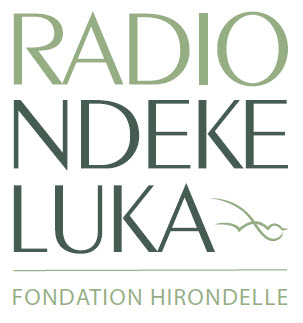 Radio Ndeke Luka broadcasted its first program on March 27, 2000. It was developed by Fondation Hirondelle, to succeed Radio Minurca, the United Nations radio in CAR, which had just stopped broadcasting. In 2009, the property of Radio Ndeke Luka was transferred to the Ndeke Luka Foundation, an organization of Central African law, and was approved as a Central African radio by the High Council of Communication.

Radio Ndeke Luka produces and broadcasts 13 programs on daily life, debates, entertainment, music, and magazines. This content is produced by fifty Central African employees in Bangui and in the provinces. It is broadcast via 7 FM transmitters across the country, and 9 community radio stations rebroadcast an hour of Radio Ndeke Luka’s program every day on their antenna. Finally, the whole Central African territory is covered by two hours of daily short-wave broadcasts, through broadcasting via Canal Sat Africa, live web streaming and social networks.

Testimonies received during focus groups in 2017 :