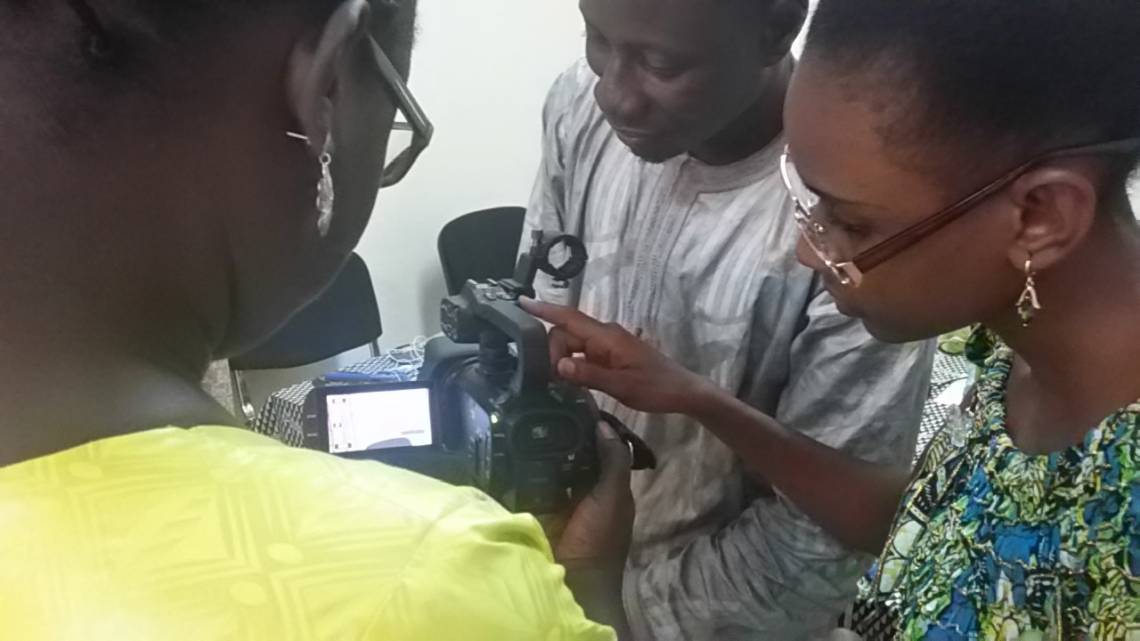 The training was delivered by Samuel Turpin, New Project Manager at Fondation Hirondelle. The aim was first to listen to the Studio Tamani team and define with them the video products that they can produce over the long term, in addition to daily radio production. This new service will be made up of interviews and "scenes from life" showing the daily lives of Malian women and men. It should allow Studio Tamani to reach those members of the Malian public most present and active on social media, notably the young.

Studio Tamani produces daily radio news and debate programmes. It was launched in 2013 by Fondation Hirondelle in partnership with URTEL (Mali Union of Free Radio and Television stations). The programming is currently broadcast daily by 66 partner radios across the country. A video recording of the “Le Grand Dialogue” daily debate programme is also broadcast by two TV stations on cable in Bamako. The new video production defined during the training should allow Studio Tamani to adapt to new consumer habits in information amongst Malians, who are more and more present on social media, and thus to extend the impact of its programmes among different components of the population.

Five journalists and technicians participated in the training and defining of Studio Tamani’s new video formats. Here is some feedback on video from Ibrahima Diallo, a Studio Tamani journalist who took part in this training: