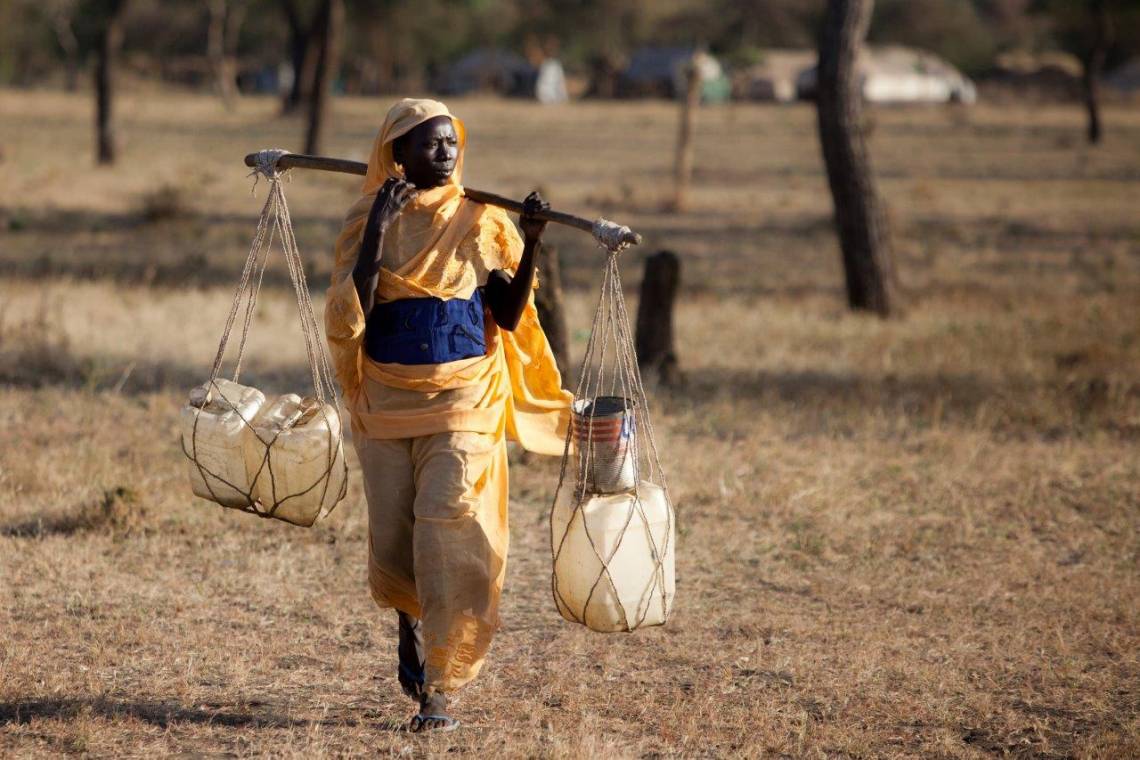 ©Fondation Hirondelle / Gwenn Dubourthoumieu A woman is carrying water in the refugees camp of Jamam, in the Upper Nile State of South-Sudan, on December 14th, 2012.

One phrase resumes the climate in 2012: pulling back. Pulling back to defensive positions for the national authorities in the Democratic Republic of Congo, the Central African Republic, South Sudan and Tunisia, as well as in other conflict or transition zones, and pulling back to reliance on ever more suffocating control mechanisms for institutional donors. The prolonged economic crisis in Europe, throwing into question sums allocated for emergency and development aid, and uncertain geostrategic balances have direct effects on the activities of a Foundation such as ours, which is seeking to find its rightful place in an unstable environment. Fondation Hirondelle’s goal of creating or supporting sustainable media directly serving crisis-hit populations corresponds less and less with political visions geared to the short term. Journalists and human rights defenders in crisis zones nevertheless affirm that the role of independent media in these societies is central. It needs to be built with patience, over the long term. To this Fondation Hirondelle again made its contribution throughout the year in 2012.