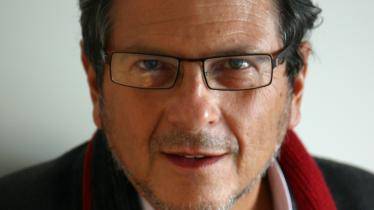 Interview with Reed Brody, the lawyer who is now pursuing ex Gambian Dictator

Human rights lawyer Reed Brody became known for working with the victims of General Augusto Pinochet of Chile and Haitian ex-dictator Jean-Claude (“Baby Doc”) Duvalier. More recently, Brody was counsel for victims of former Chadian dictator, Hissène Habré, who, after an interminable struggle, was sentenced by a special African court in Senegal to life in prison. Now, returning to Human Rights Watch after a  one-year absence, Brody is lending his support to the victims of Gambia’s ex-dictator Yahya Jammeh. An interview with JusticeInfo.net, Fondation Hirondelle's website on justice and reconciliation issues.

JusticeInfo.net: Why are you interested in ex-president of Gambia Yahya Jammeh when you have a president in the US who could be the object of your attention?

Reed Brody: It’s true that in the United States we have a would-be dictator in the White House. We are doing everything to make sure that he doesn’t one day become a real dictator.I am part of  the “resistance” and participate in demonstrations. I write articles. As a lawyer, I recently defended a journalist arrested in North Dakota for covering police violence against indigenous demonstrators.

The list of dictators and war criminals is almost endless. Why are you now going to defend the victims of Yahya Jammeh?

It’s the fruit of circumstances. In Dakar, for the verdict in the Habré case, I organized a meeting in nearby Banjul between the victims of Hissène Habré and those of Yahya Jammeh. The Chadian victims’ determination and their victory, despite all the obstacles, motivated the Gambian victims even more. Obviously there are differences, but also similarities – notably two African despots who went into exile in another African country. The meeting ended with the idea of preparing a plan of action for Yahya Jammeh’s victims to seek justice. Then we sought funding to help the new association of Gambian victims to organize and build a case against Jammeh.

What do you think of the idea of a Truth and Reconciliation Commission, which the Gambian authorities have proposed?

It is an excellent idea, including for future prosecutions. We are only just starting to uncover Jammeh’s crimes. For 22 years, there was silence around his misdeeds. It is only now that many victims are coming forward and speaking publicly for the first time. We know a lot more than we did six months ago, and in a year we will have a much more complete picture of his abuses. Jammeh targeted members of the opposition, journalists, students, but we are also discovering that there was forced labour and sexual abuse. A Truth and Reconciliation Commission will give us a mapping of his crimes. The Justice Minister is travelling the country with civil society at the moment to consult the population on plans for the Commission. He also went recently to Sierra Leone and South Africa looking at the different models of Truth Commissions.  But truth should lead to justice. It can’t be a substitute.

Are you going to look into Jammeh’s apparently colossal fortune?

That is the priority of the Gambian authorities. In Gambia itself his assets have been frozen. He owned farms, hundreds of businesses, and land. On the other hand, the search for his assets abroad will be more complicated. Along with our partner NGOs, we have proposed our services to help the authorities get back this money that has been stolen from the Gambian people.

What are your priorities?

It is to help the victims get organized, register other victims, get their voices heard in public and participate fully in the current transitional justice process.

Yahya Jammeh took refuge in Equatorial Guinea. Have you made contact with the authorities there? Do you think it will be easy to get him extradited?

No, not yet.  Obviously, Jammeh chose to go Equatorial Guinea because he felt it was safe. We showed in the Habré case, however, that when the victims tell their stories and make their cry for justice heard, they can create the political conditions even for African states to prosecute a former African leader. We are working with Equatorial Guinea’s civil society organizations. They feel like, together with Teodoro Obiang Nguema, their absolute ruler since 1979, they now have two dictators for the price of one!

Do you hope that Yahya Jammeh will one day be tried in Gambia?

I’m obviously in favour of Jammeh being tried in his own country in the interests of the victims and Gambian society, not in a far off place like The Hague, and not by prosecutors and judges unaccountable to the victims and the Gambian people. The International Criminal Court has already signalled that it does not intend to prosecute him. Having said that, for political, security and institutional reasons, Gambia is not yet ready to try him. It would be a distraction, even a destabilizing factor, because Jammeh still has supporters. The country is deep in political transformation. The priority is the democratic transition and reform of the judiciary, so that a fair trial can take place.